News of this mega (although predicted) bird broke the previous day but when I got the call from Jus I was deep into Suffolk and heading in the wrong direction. So I chanced it, continued with my plans for the day and hoped for some positive news the following morning.

Luckily there was early news so I grabbed my stuff, drove up to Cley and prepared myself for the nightmare walk/slog! And it was every bit as horrible as I remembered but at least the Little Terns on the way were a welcome distraction, not to mention a yeartick . Reaching halfway house I switched over to the beach side and thankfully the going was much easier. I reached the small crowd by the old lifeboat station to the news that it has effectively gone missing and virtually everyone there was standing around chatting. A Reed Warbler was showing every now and again but not the bird we all wanted! Eventually, a few sharp words from another birder shut them up. Then another birder stood next to me decided to give it a quick blast of playback. The male Moltoni's Warbler didn't exactly respond but that did at least seem to wake it up and within a few minutes I had some views. Those views got gradually longer and better over the next 30 minutes as it moved through a bank of brambles. A quite a distinctive bird it was being noticably pale on both the grey upperparts and the buffy-orange underparts with a rather indistinct whitish malar stripe. A brown wash to the remiges indictaed that it was probably a 1st year male.
A county tick at last! My first since autumn 2016 with 2017 drawing a complete blank.
A quick look in the plantation revealed a Spotted Flycatcher, my 3rd new bird for the year of the walk. The return yomp was uneventful but just long, boring and tiring! Along the way I also saw Small Copper, Small Heath and several Common Blues while plants included Sea Spurge, Sea Holly, Yellow Horned Poppy, Foxglove, Tree Lupin and Sea Campion. 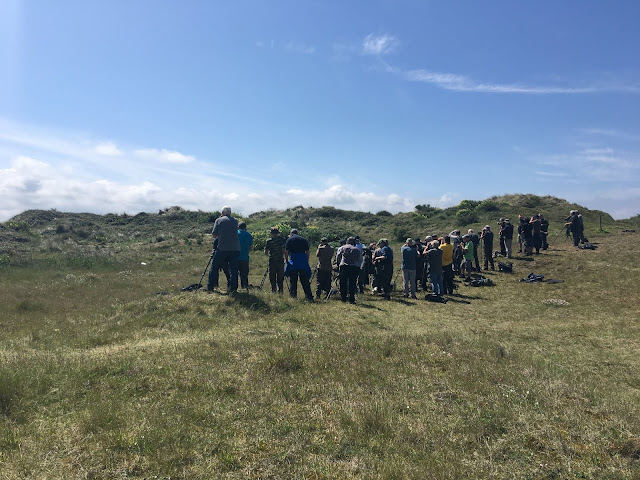 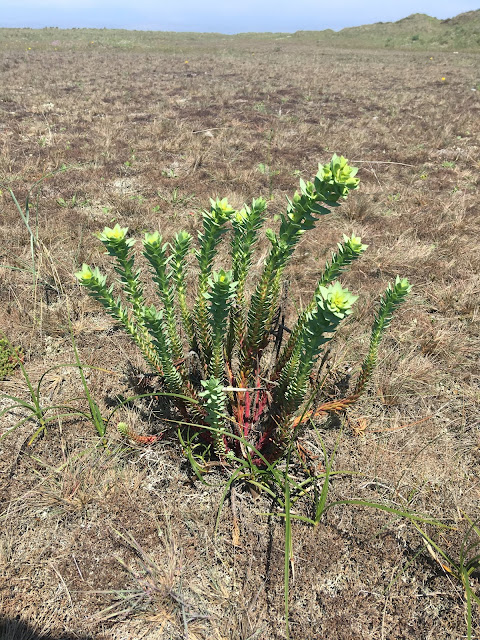 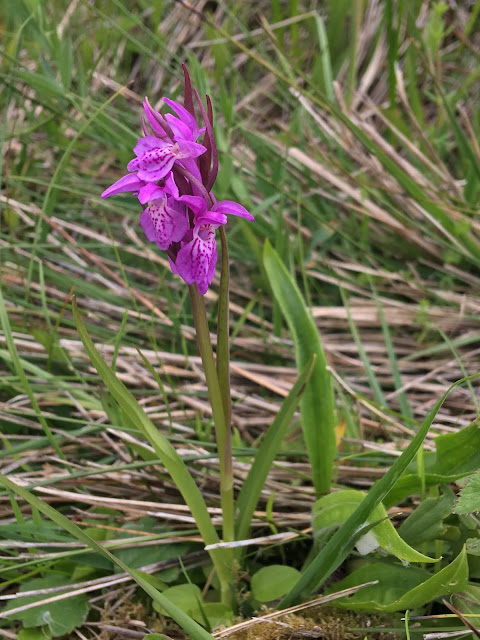 For the 2nd time in recent years I then drew a blank with coccinea Early Marsh Orchid at Overstand and I now believe the colony must have died out.