With a Saturday afternoon/evening all to myself I decided to venture south to Newmarket and specifically to the Devil's Dyke. This ancient chalk earthwork runs across Newmarket Racecourse which feels slightly strange when you are there, especially when a race meeting is going on like it was on this occasion!

The dyke is a unique local habitat and walking from the A14 end I soon encountered Pyramidal Orchids, shortly followed by my first target - Lizard Orchids. A little further on I found a single Chalk Fragrant Orchid specimen which was huge. These 2 orchids really are at the opposite ends of the fragrance spectrum! Also along the bank I identified Sainfoin (it's near-threatened prostrate form) in good numbers, Dropwort, Small Scabious, Wild Thyme, Goldenrod, Hoary Plainatin, White Bryony and Wild Mignonette. Doubtless there are loads more too! A couple of Willow Warblers were singing and both Reed Bunting and Yellowhammer were also along the same stretch. Insects inluded my first Meadow Browns and Large Skipper of the year plus several Common Blue (butterflies and damsels). 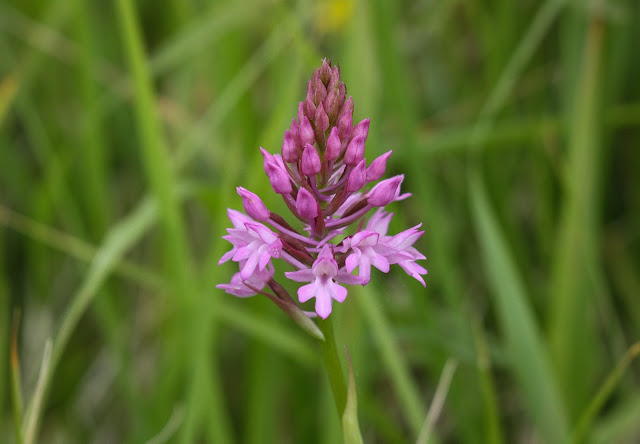 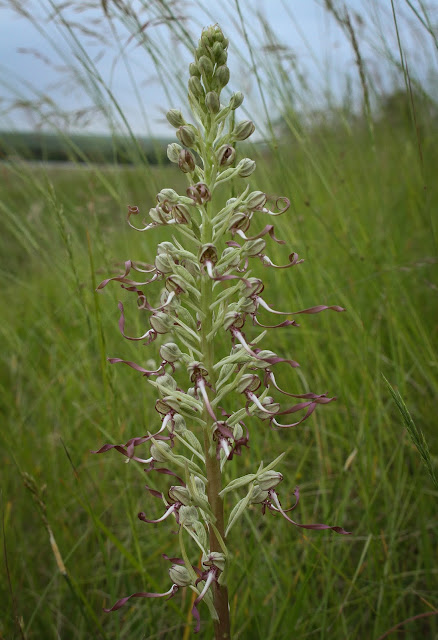 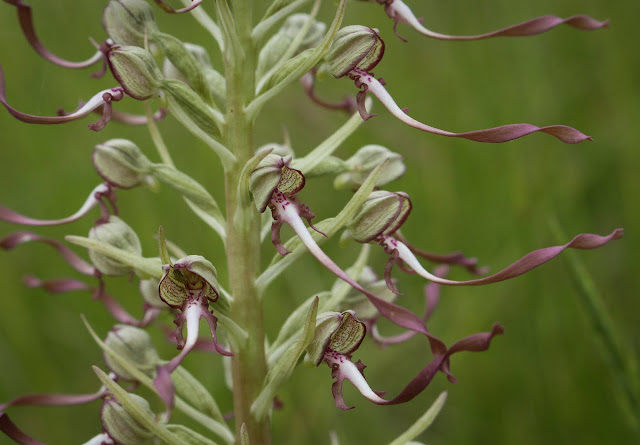 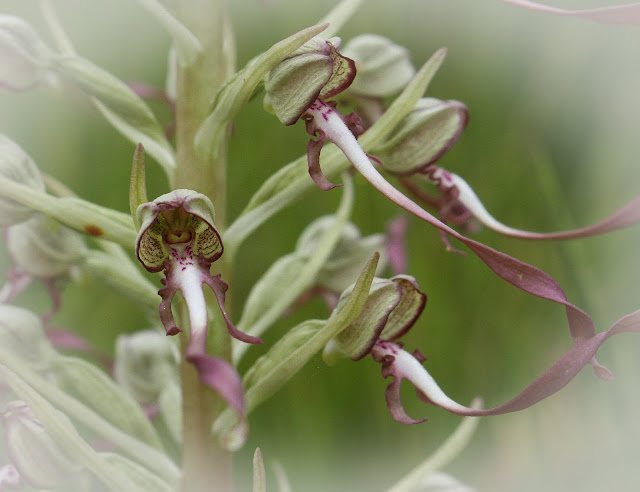 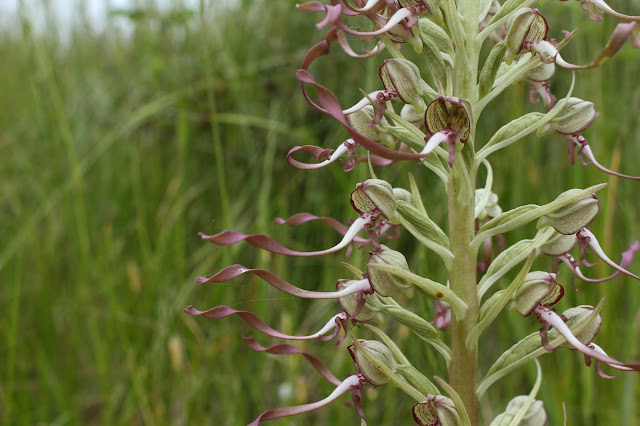 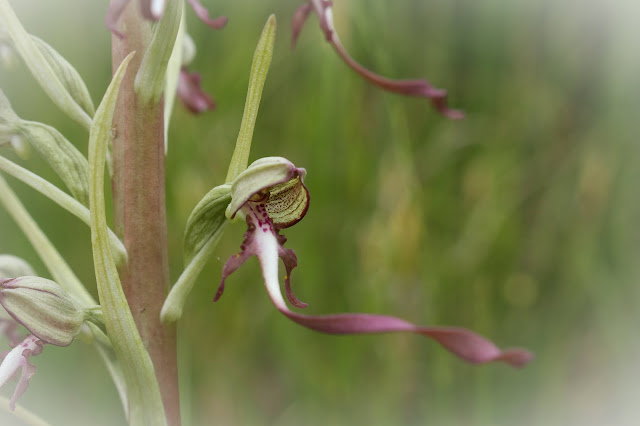 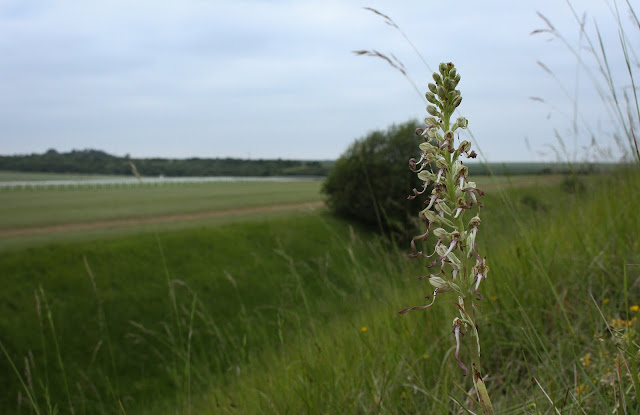 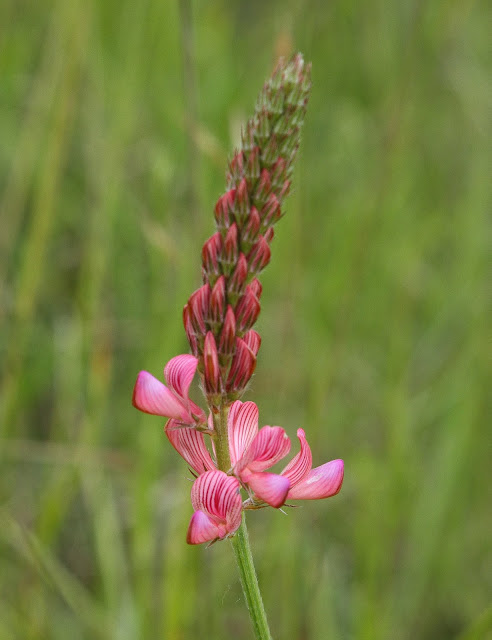 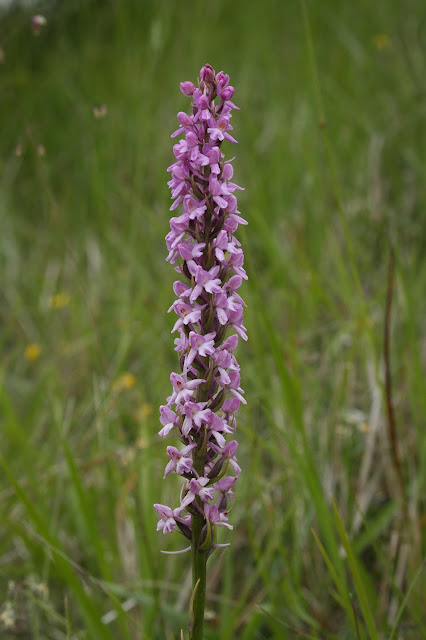 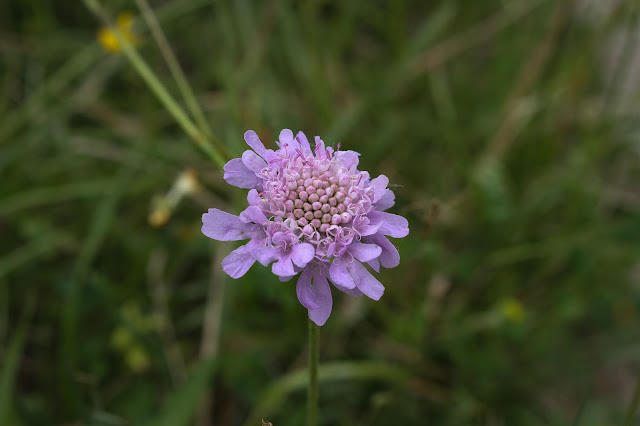 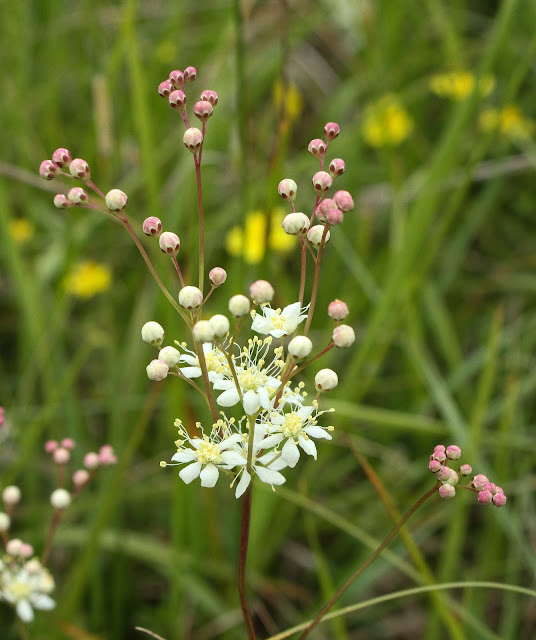 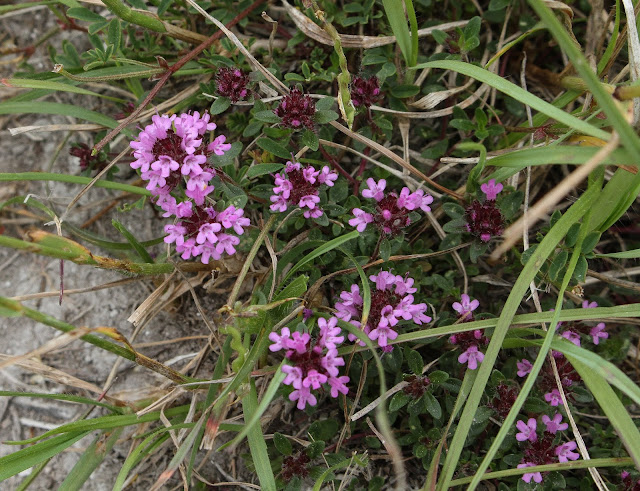 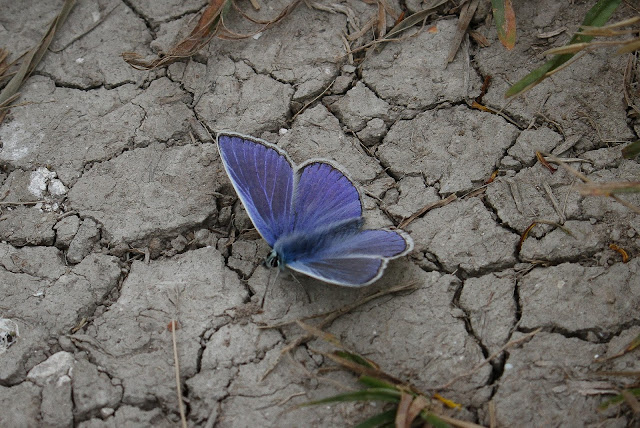 Having cleaned up quickly I spent a bit of time having a coffee and a mooch around Newmarket town and started to head home. While in Burger King at Barton Mills I was casually checking Twitter when I saw that a new orchid tick for me had been found near Ipswich so aftera  few messages between me and the finder I was on my way across country to twitch it. On arrival I located the single Heath Fragrant Orchid plant nice and easily but was a bit disappointed that it was also almost snapped off at the stem so won't last long. Still, an orchid tick these days is not to be sneezed at! Beside it were several large Common Spotted Orchids and a singing Reed Bunting. 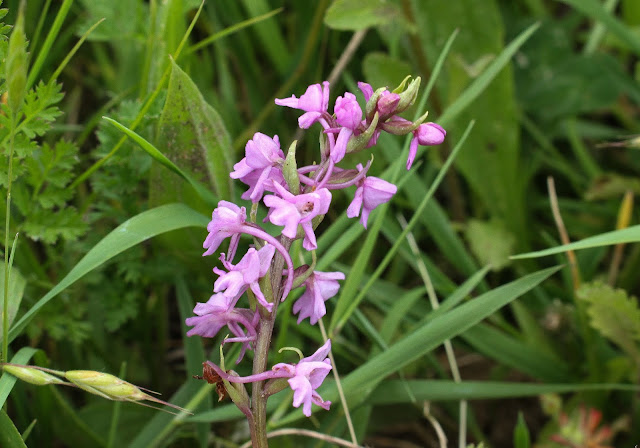 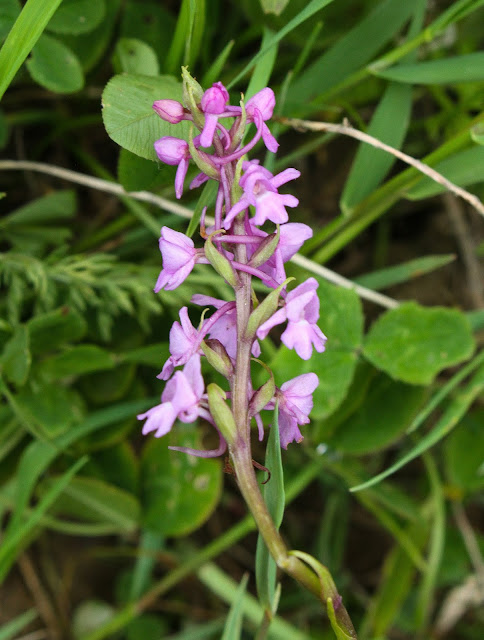 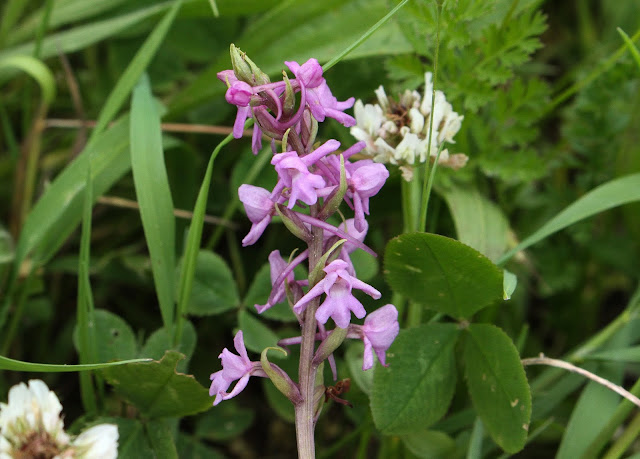 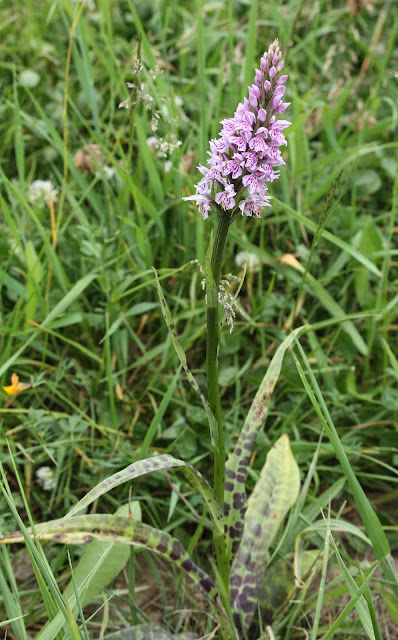