What a day of contrasting feelings this was! It began with me shitting through the eye of a needle at 4.30am but went on to yield my last needed UK dragonfly species!

Physically I struggled through the day with a bog roll forever handy but it was still a day to remember.

We began by heading SW from our digs at Fort Augustus to Allt Mhuic Butterfly Reserve on the north side of Loch Arkaig. En-route we scooped with some great views of a pair of Black-throated Divers at the south end of Loch Lochy plus 3 Hooded Crows, Red-breasted Mergansers and a female Goosander with chicks. Here we managed to miss Chequered Skipper that were over and Azure Hawker that we simply didn't have good enough weather for. However we did manage Common Hawker, Dark Green Fritillary, Small Pearl-bordered Fritillary, Small Heath, Siskins, Grey Wagtail and Lesser Redpoll. Orchids aboinded with quite a few Heath Spotted Orchids var. alba, 2 Lesser Butterfly Orchids and the usual plethora of Northern Marsh Orchids and Heath Fragrant Orchids. 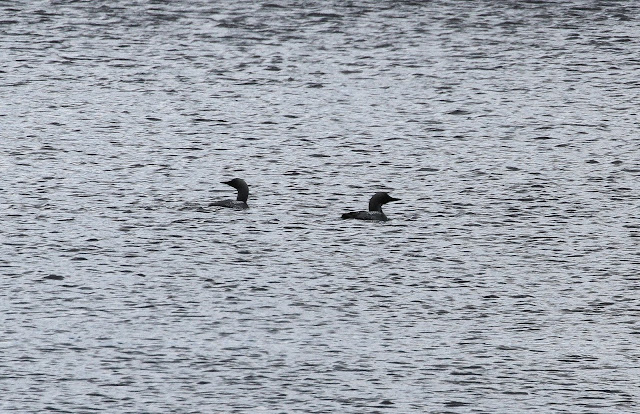 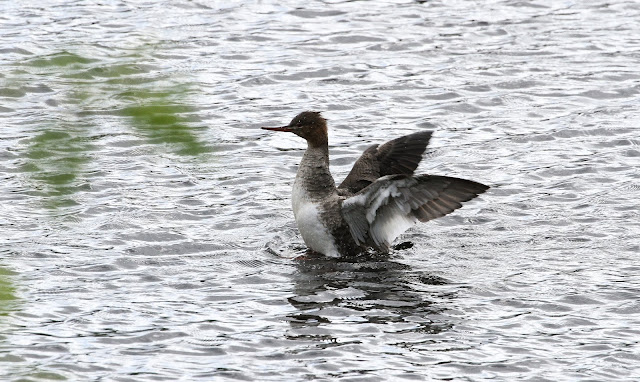 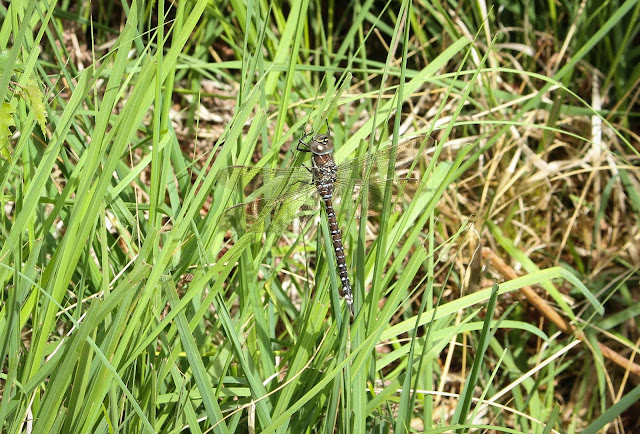 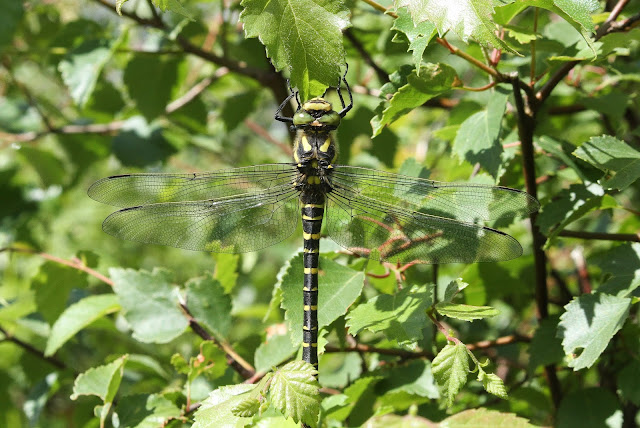 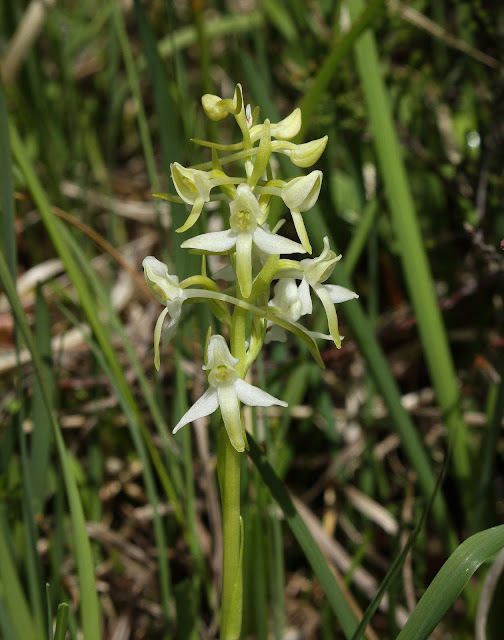 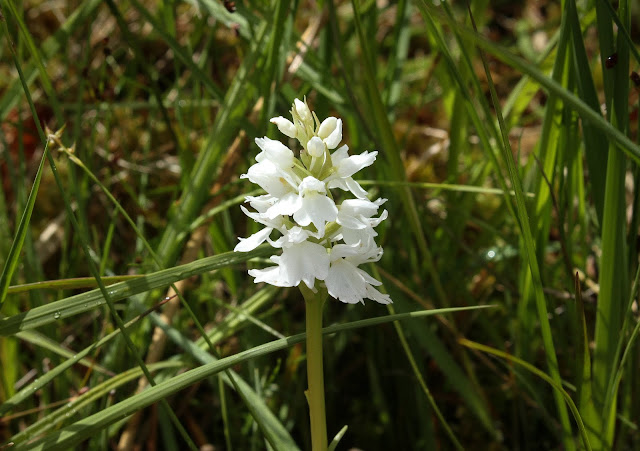 Despite the distance involved, spurred on by another chance at Azure Hawker we headed north to Bridge of Grudie by Loch Maree. When we eventually arrived the weather still wasn't what we'd hoped for but undeterred we began serching the areas of boggy heathland around the bridge. Concentrating on a sheltered 'valley' on the north side of the road a Merlin hawked over and then suddenly Sean and I had a hawker, then 2 - Azure Hawkers! Mike quickly joined us but Chris was miles away and despite our shouting was too late arriving. One individual perched on bare mossy mounds 3 times allowing some record shots to be taken. My UK dragonfly list was complete! Luckily Chris did eventually see one after a stressful 20 minutes. Into the bargain Mike found a few Lesser Twayblades in the same clearing but photographing them with a face full of midges proved difficult. Still, it was another new orchid in the bag for me. 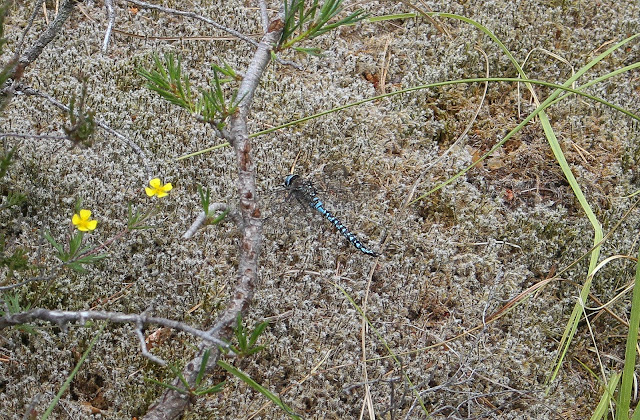 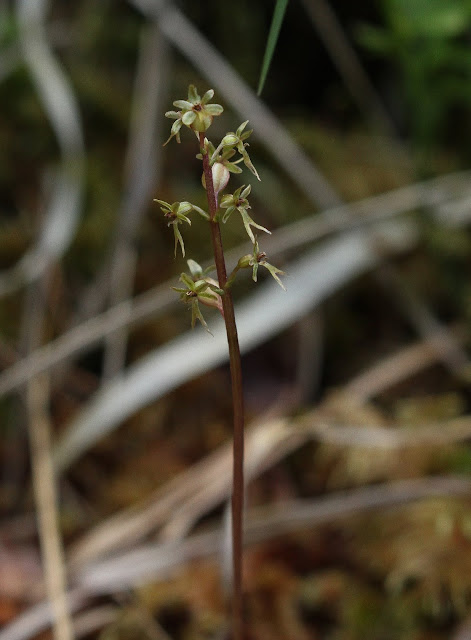 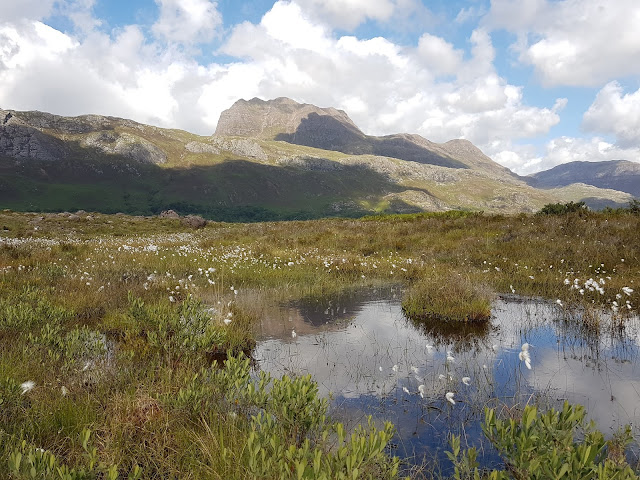 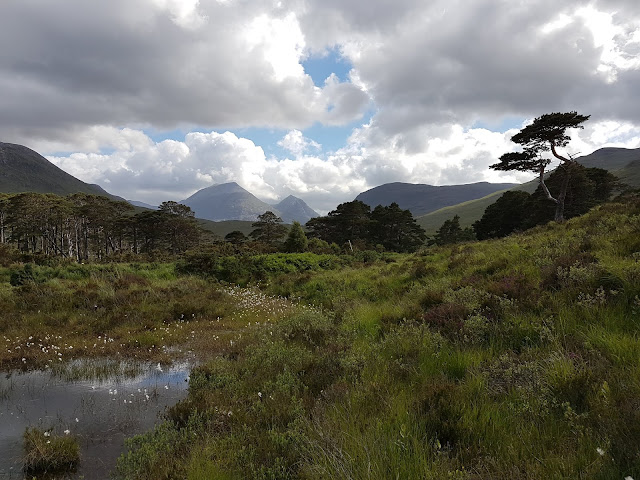 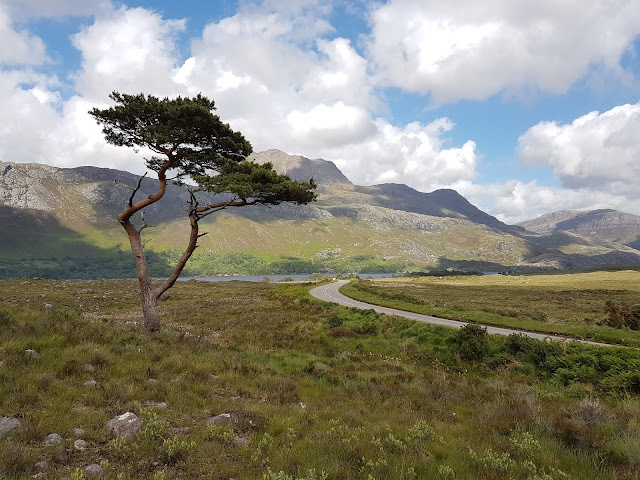 
Our final stop of the day was a hillside with boggy seepages near the hamlet of Coulags. Here our target was 'lapponica' Pugsley's Marsh Orchid (formerly know as Lapland Marsh Orchid) of which we found several with pulchella Early Marsh Orchids also there and some lovely Greater Sundews. The day still had one more treat in store as we drove back - 2 owls flew along the road towards us in the half light and we got a brief view in the headlights. Thinking it strange we stopped only to hear young Long-eared Owls calling by the roadside where they went on to show in flight a couple of times. A very welcome yeartick indeed! 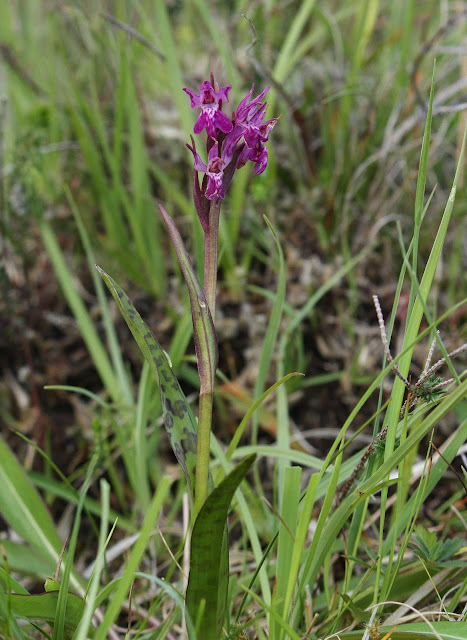 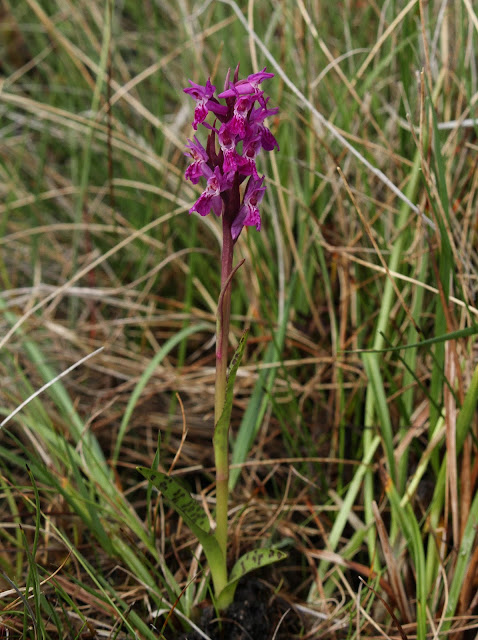 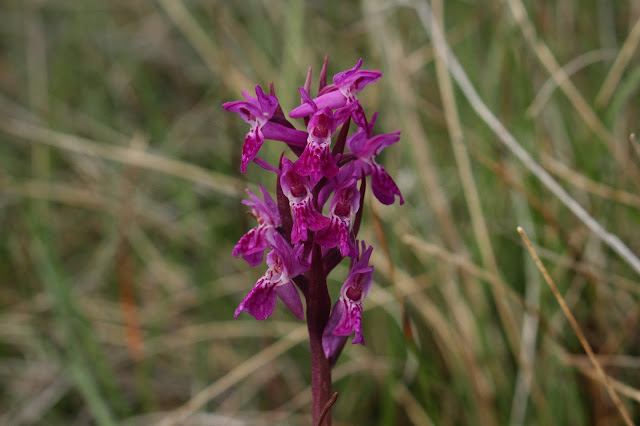 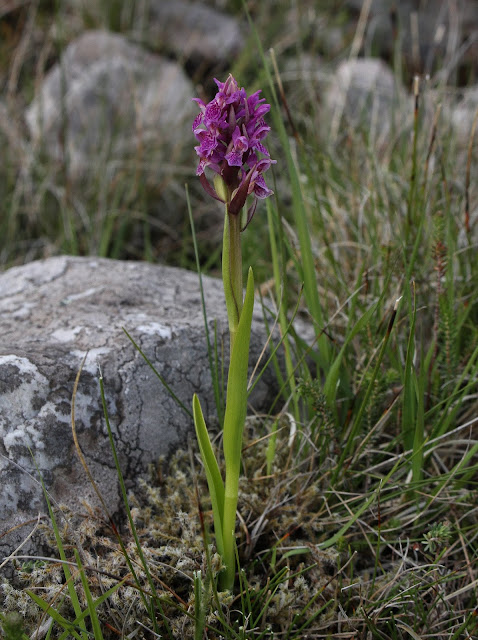 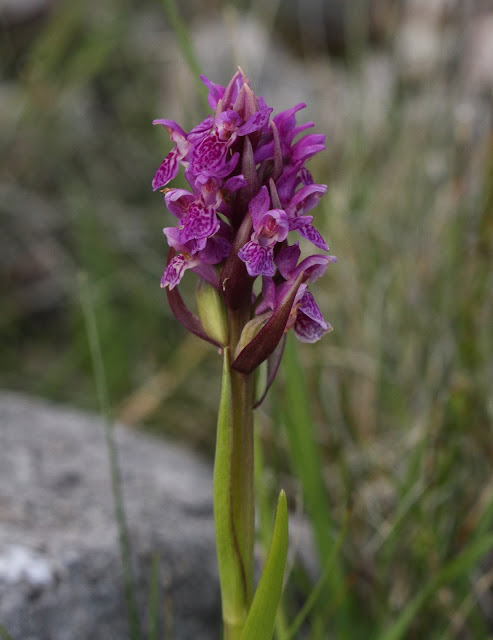 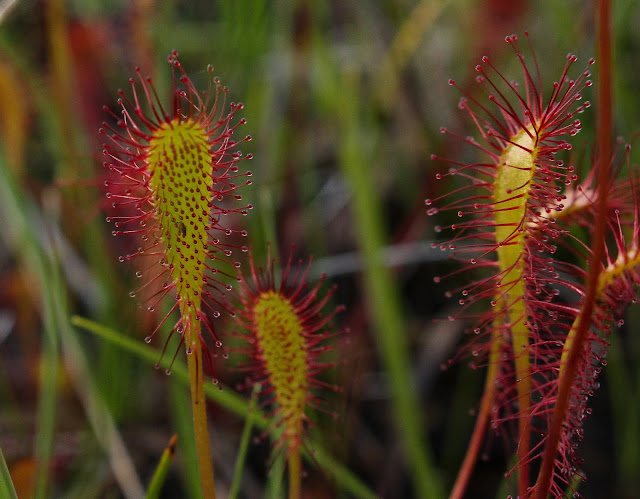 Greater Sundew
Posted by Chris at 15:15