After our seriously bad dip at the end of November we really didn't think we'd get another crack at this bird. But after nearly a 2 month absence it suddenly reappeared and it was 'game on'!

Jus and I left in good time and in stark contrast to our other visit the American Horned Lark (nominate form alpestris/hoyti/praticola) was showing well on arrival right beside the Staines Reservoir causeway! It went on to behave superbly for us in between short flights between both sides of the causeway. A very distinctive bird and also very educational (and of course a potential armchair tick of the future). The main differences between this race and the Shorelarks we're used to seeing are:
Also from the causeway we had the Black-necked Grebe again, this time  very distantly on the south basin, c20 Goldeneye, c30 Pochard, loads of Wigeon and a piebald Carrion Crow. As we were leaving a Peregrine hawked over just as one had done back in November. 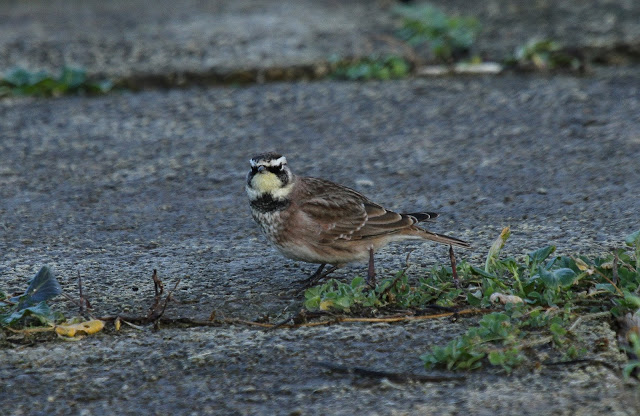 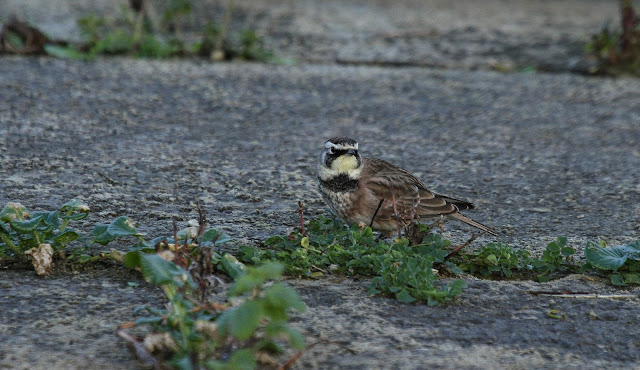 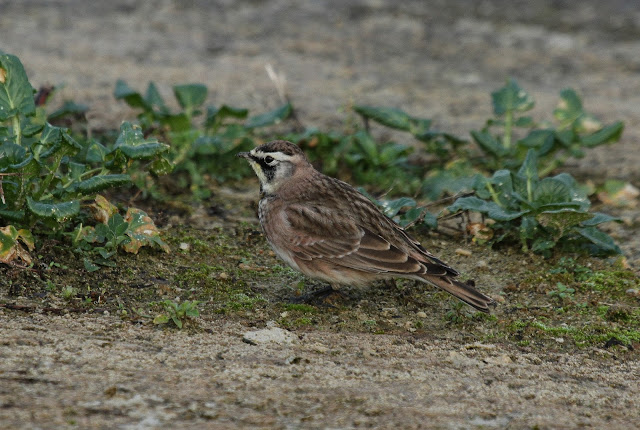 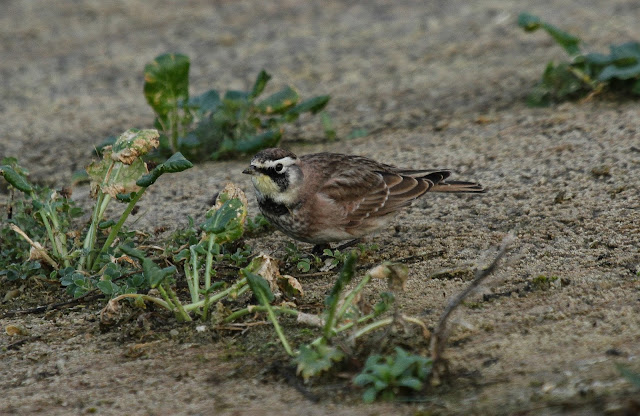 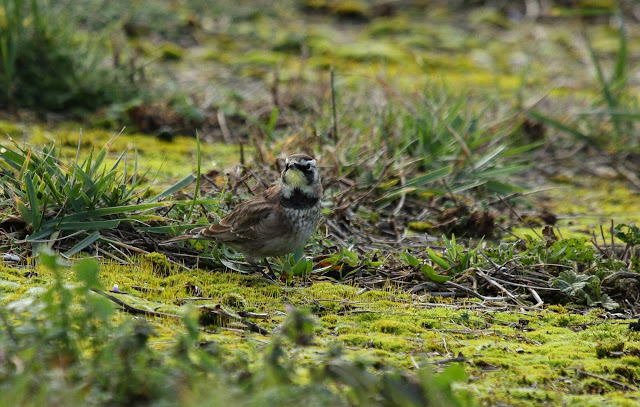 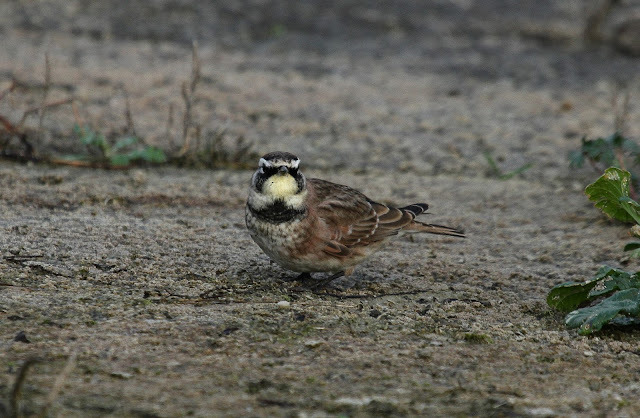 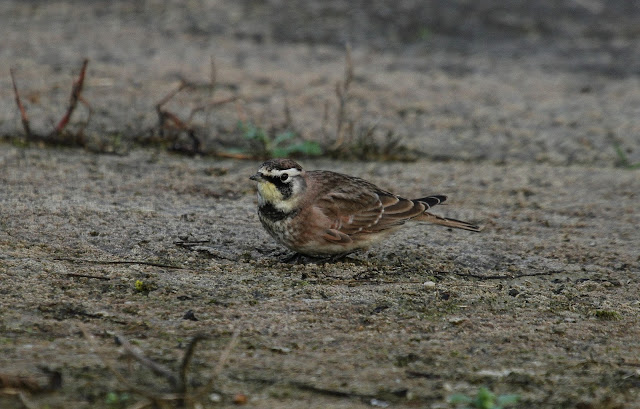 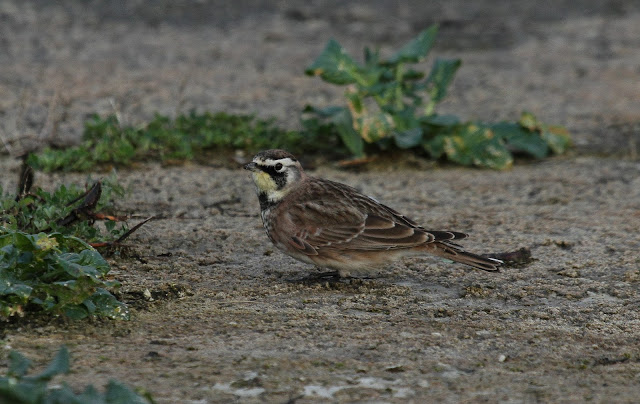 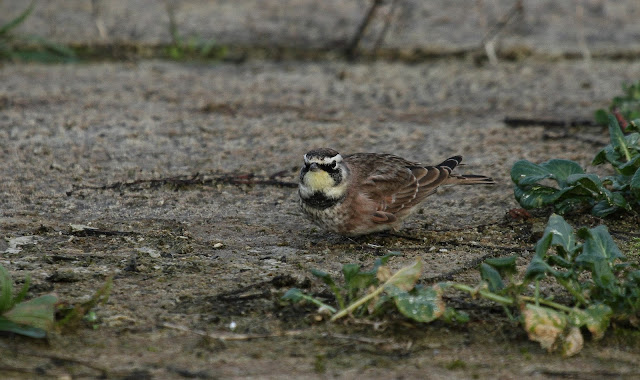 After an abortive pop in to Bedfont Lakes where the drake Smew was absent we headed further into the London traffic to Richmond. Finding the alleyway behind the houses in Selwyn Avenue we began a wait of an hour and a half trying not to be seen by all the residents having their Sunday lunches! 2 Redwings popped in briefly, then 2 Ring-necked Parakeets did the same and just as they appeared so did the wintering 'Eastern' Lesser Whitethroat. It called a couple of times and then showed well but briefly under a feeder before disappearing again. Quite a pale brown backed individual, most likely a 'blythi' . We also had both Red Admiral and Peacock around the gardens proving just how mild it was!

We then returned to Bedfont where we still drew a blank, as we did at a Mandarin site we'd been given near Staines. There were 3 Egyptian Geese there plus 15+ Ring-necked Parakeets. A couple of Red Kites from the M25 on the way home rounded things off. 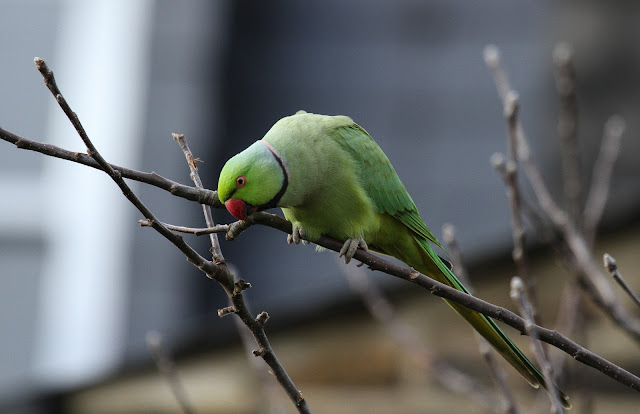 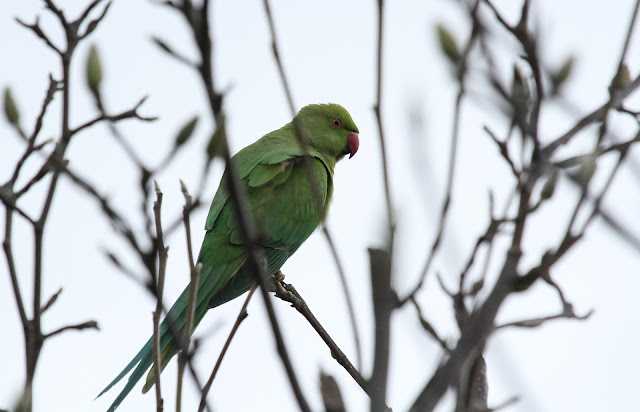