With the forecast looking promising and my germs gone at last I decided on a full day out on the Suffolk coast to kick the year off.
The Aldeburgh area was the focus of my attention but things didn't start too well with the Siberian Chiffchaff of the last 2 days at Sluice Cottage, North Warren being conspicuous by it's absence. The bushes there held just Song Thrush and Cetti's Warbler. Nonetheless, 3 White-fronted Geese were on the marsh with good numbers of Pintail, Black-tailed Godwits and small numbers of the iffy Barnacle Geese amongst the common wildfowl. On the beach c25 Snow Buntings were up and down as far as the 'scallop' and offshore were c200 Common Scoter and a single Red-throated Diver. 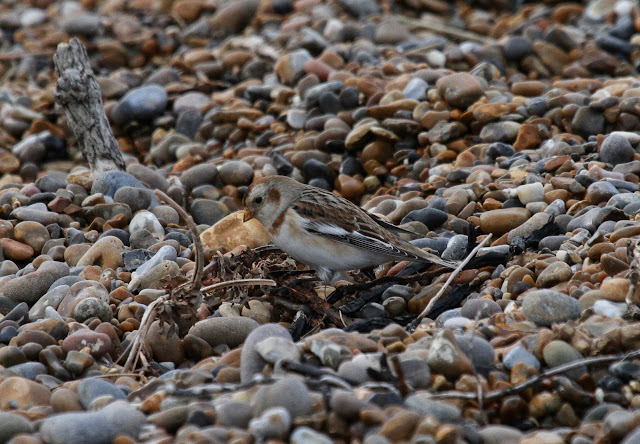 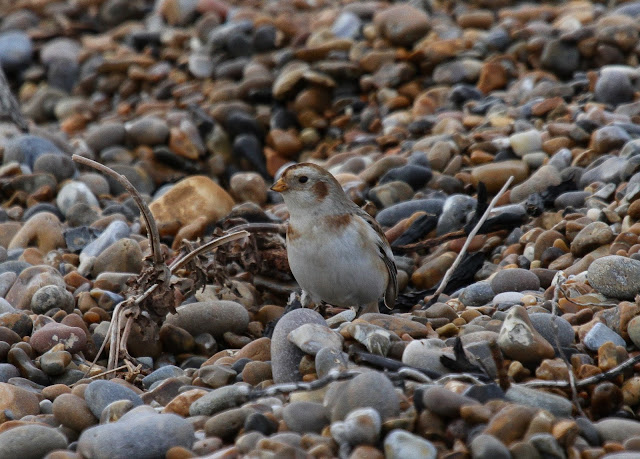 After a quick coffee I headed to Hazlewood Marshes for another look at the Coue's Arctic Redpoll which gave itself up quite readily amongst c20 Lesser Redpolls and 1 Mealy Redpoll. Other than 2 Great Spotted Woodpeckers that was about it there. 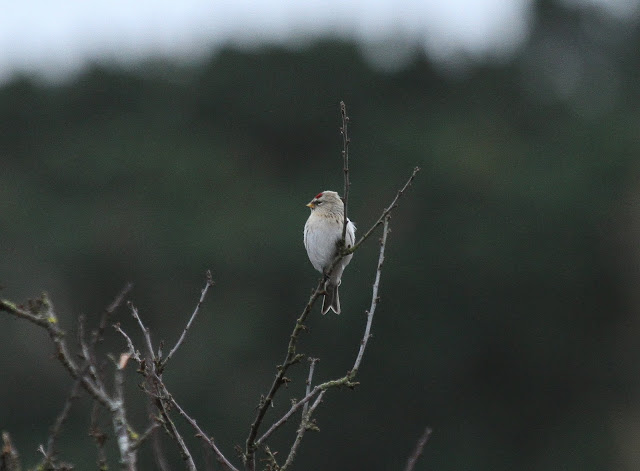 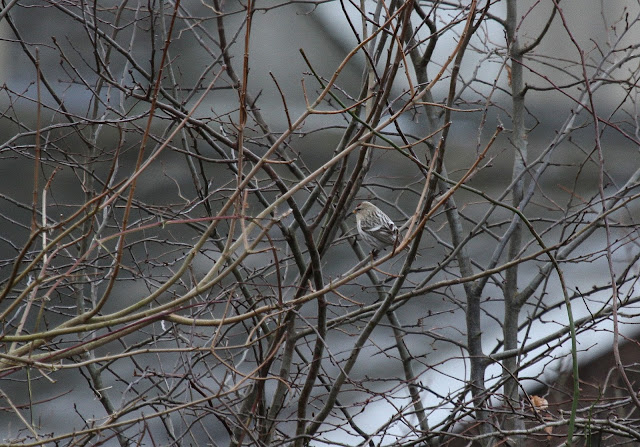 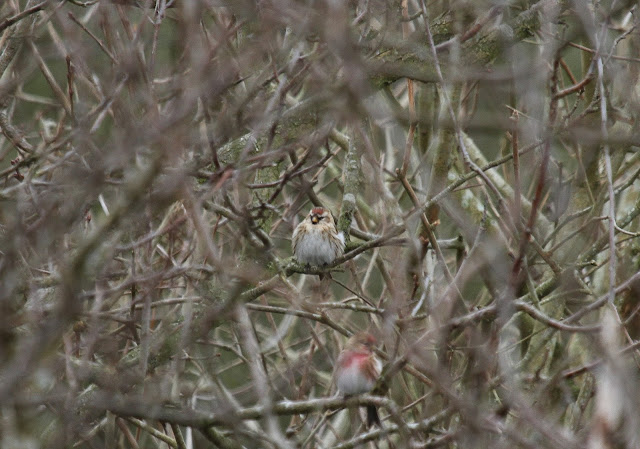 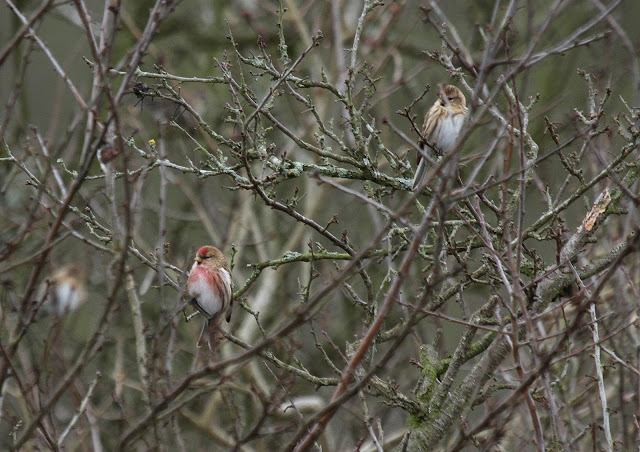 
A look at the rocks near the martello tower at Slaugden revealed 2 Purple Sandpipers showing really nicely roosting on the top of a rock plus Little Egret, 3 Rock Pipits and 18 Brent Geese. 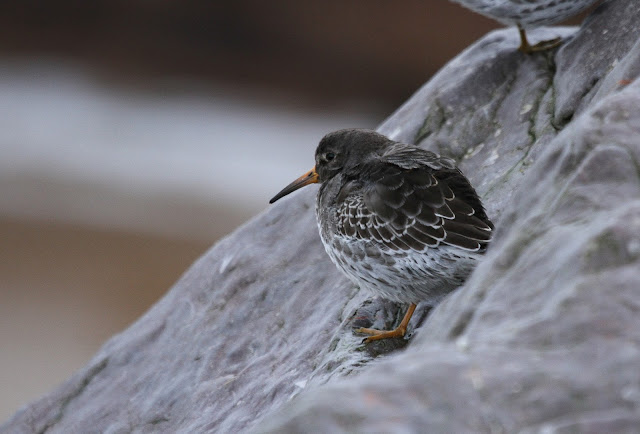 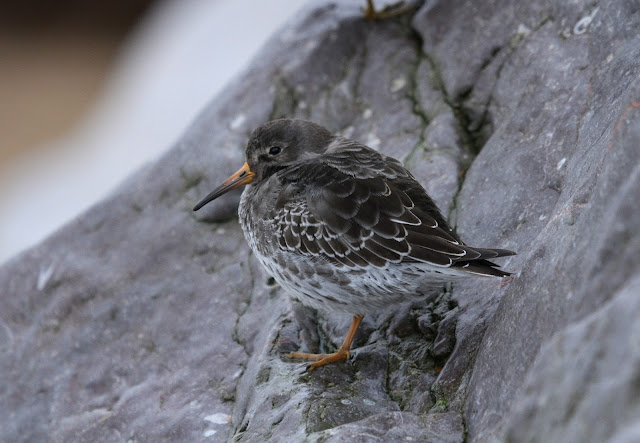 To conclude the day I drove up to the harbour entrance at Walberswick for the reported Iceland Gull. What greeted me was a rather strange hybrid gull suoerficially resembling Iceland but definitely a 'Viking' Gull (Glaucous x Herring). Sadly I was on the wrong side of the river for any decent photos so had to settle for a few record shots of this educational bird.

I finished the day on 61 species without really trying 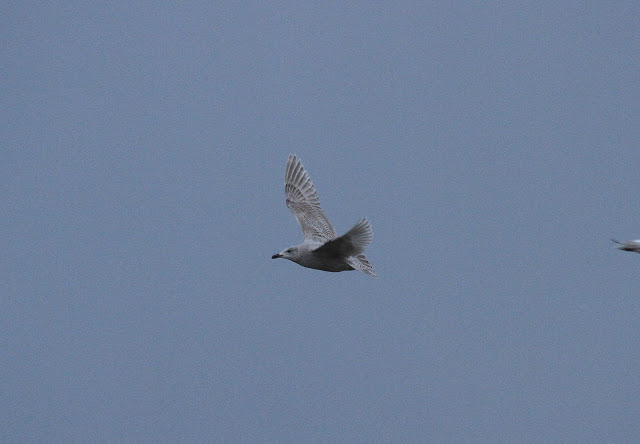 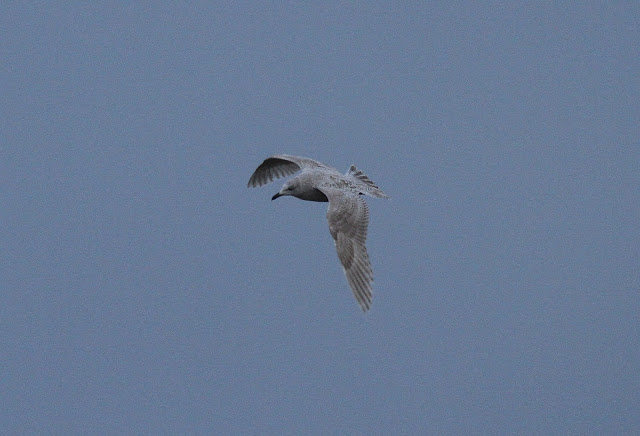 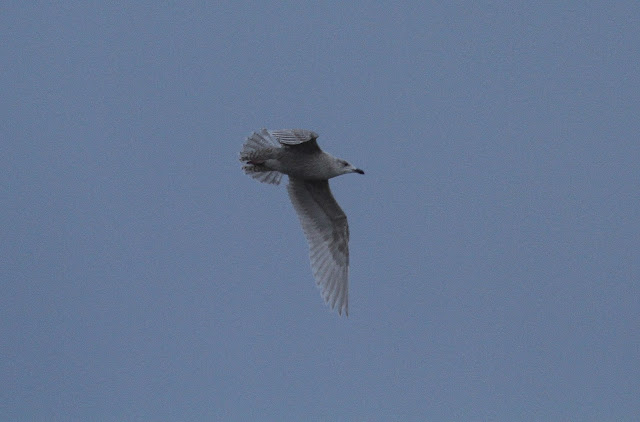 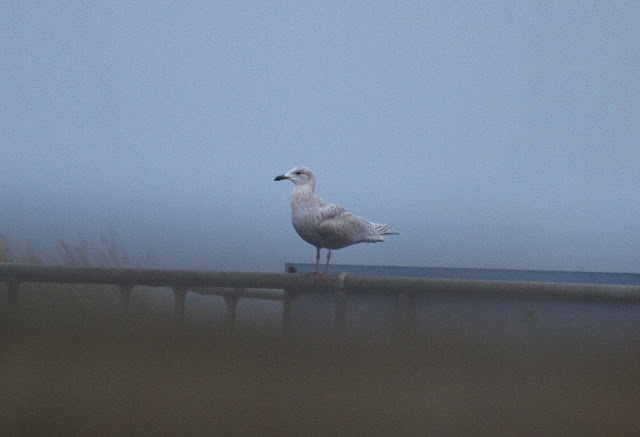