Another visit to Winterton was on the agenda for the period around dusk. Before that I paid a quick visit to Whitlingham to see the impressive mass of Black Bulgar that is growing all over a dead oak trunk. Tawny Funnel, Jelly Ear, Coral Spot, Crimped Gill and Yellowing Curtain Crust were also noted.

Moving slowly towards the coast I nipped in to Filby Broad and quickly found the Black-necked Grebe from the fishing platform by the road. It was very distant though and not exactly a visual spectacle! 2 Goldeneye and a few Siskin were also seen and then a walk along the footpath alongside Ormesby Little Broad produced a new fungi for me - Field Blewit. Bumping in to Steve and Dot there they told me about a Long-tailed Duck on Ormesby Broad so I popped there next. I didn't manage to find the bird but my visit was cut short somewhat by the news that the Eagle Owl had been found roosting in daylight in Winterton village!

Arriving in the village I saw it poorly almost straight away, then better from another spot on the coast road as it sat roosting in a large pine. Luckily, a little later we were allowed into a garden briefly and with much closer views, albeit in fading light, I managed a few photos. The woman in the house then inexplicably kicked us off! As darkness fell it was watched wing stretching and shaking itself as it made preparations for the night. A Woodcock flew over while we stood waiting and a very late Pipestrelle was also seen. 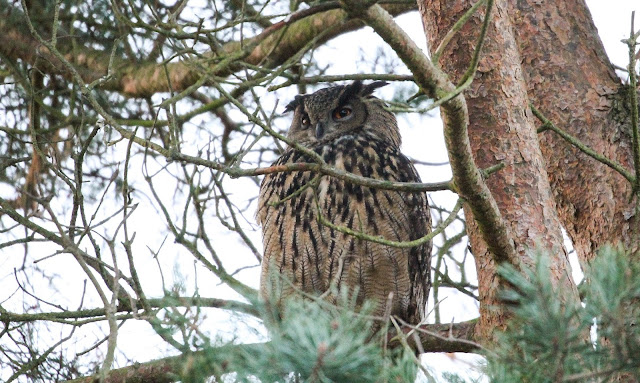 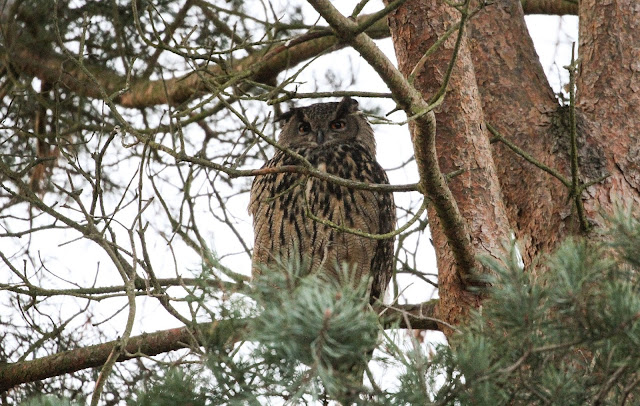 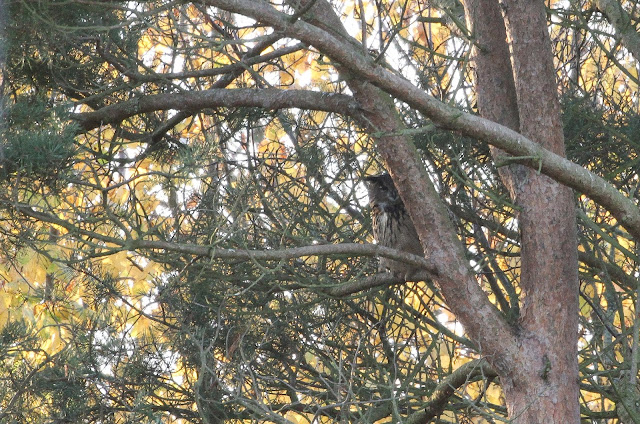 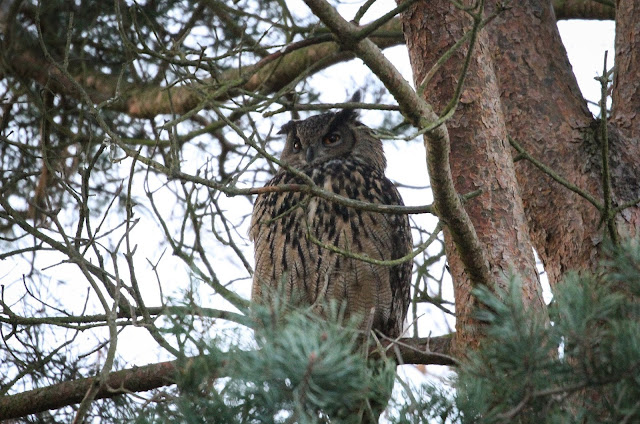 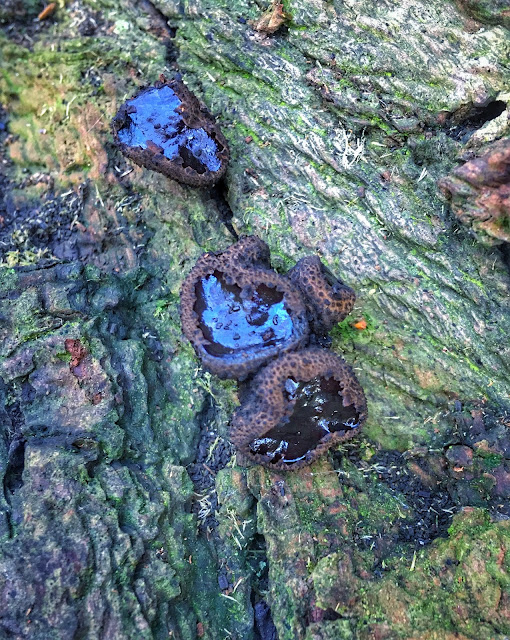 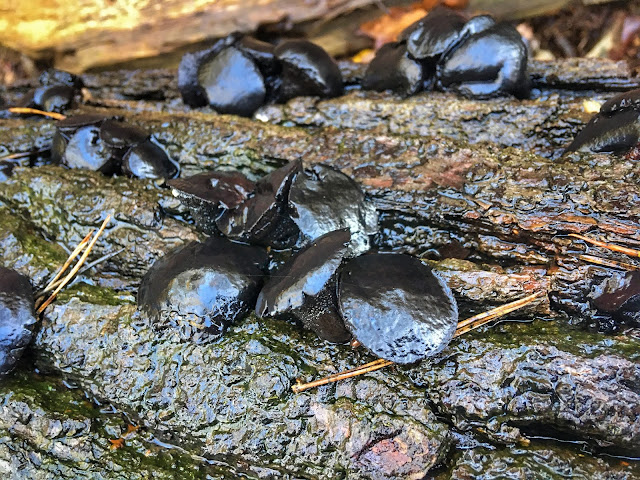 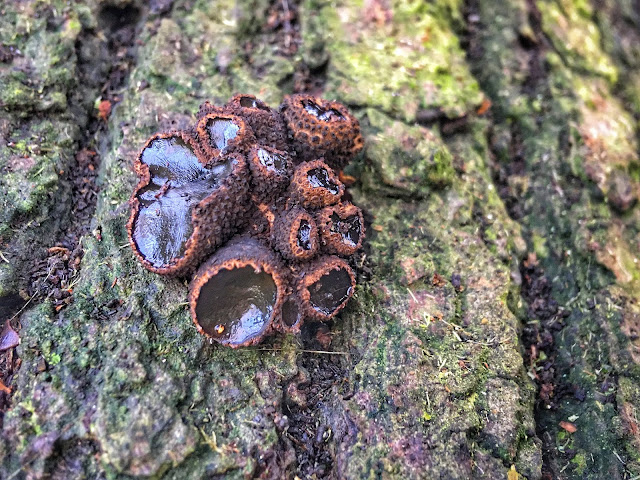 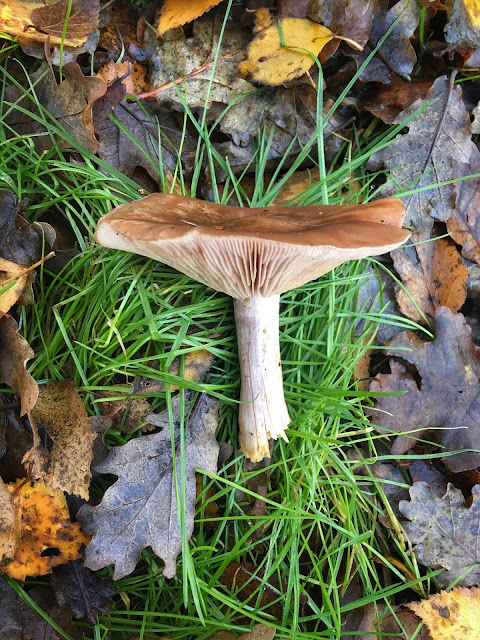 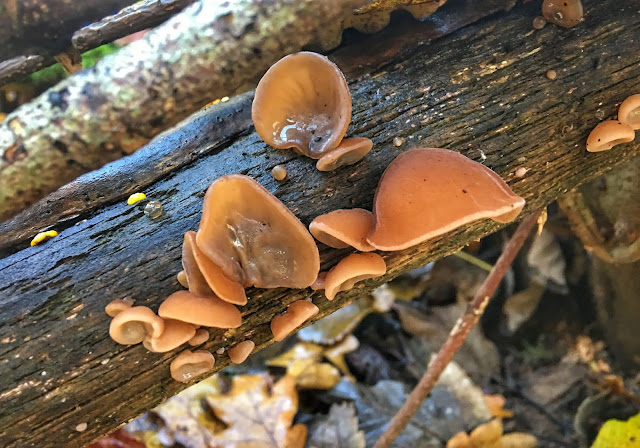 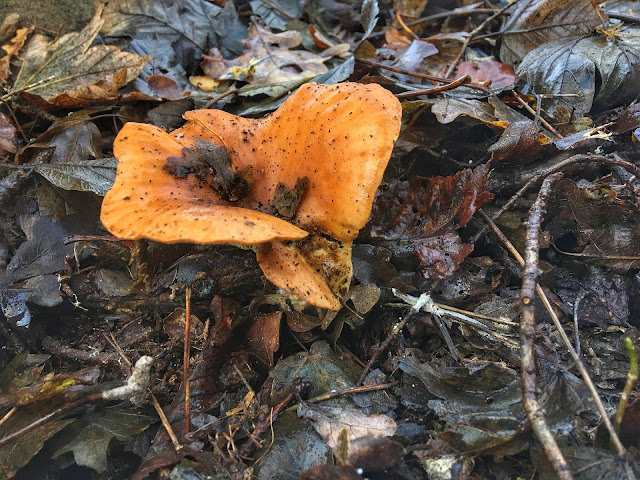 Tawny Funnel
Posted by Chris at 17:06