With flights landing in Colombo at 08.30 we soon met up with AbdulRahman and Hetti and Indunil, our guides from Walk with Jith. After some 'admin' and currency exchange we were soon on our way towards Kitulgala the first stop on our itinerary.

Within about half an hour however we were pulling into the gates of a hotel near the town of Gampaha and soon feasting our eyes on a point blank roosting Indian Scops Owl - what a start! 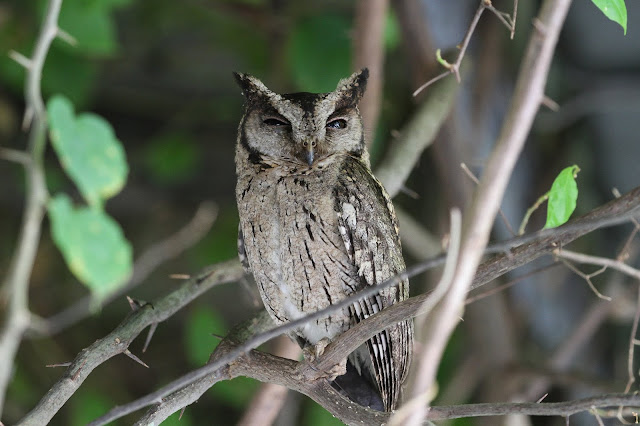 A couple of further roadside stops were made en-route to Kitulgala. The first had a number of good birds including 2 Marshall's Ioras, 2 Black-capped Bulbuls, Jerdon's Leafbird, 2 Ashy Woodswallows, Asian Palm Swift, Yellow-billed Babbler and Shikra. Another quick stop gave us a nice endemic in the form of  Crimson-fronted Barbet sat high in a tree and a small area of rice paddies another endemic with 2 Sri Lanka Swallows hawking backwards and forwards close to 3 Blue-tailed Bee-eaters. 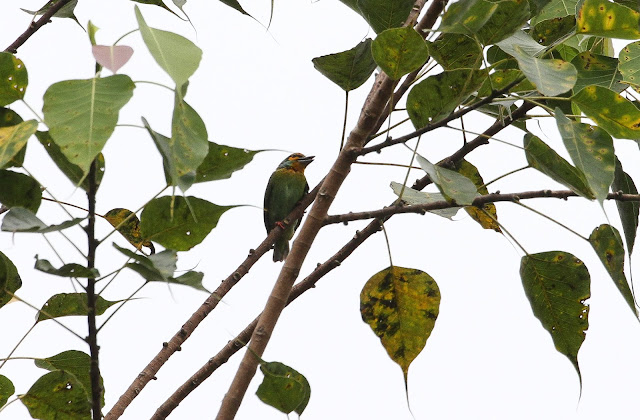 Then disaster hit for one member of our party as AbdulRahman announced he had lost his passport! It was nowhere to be found so we continued to Kitulgala Rest House to drop Graham and I off while the others re-traced our steps to look for it. Sadly it wasn't found so AbdulRahman missed the next 2 days of the trip to travel back to Colombo to sort things out with the police and the embassy. 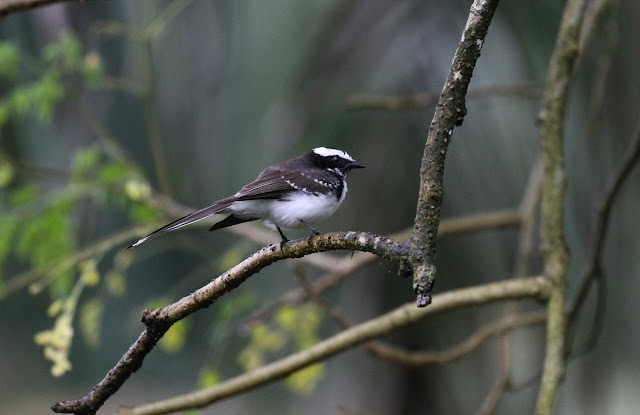 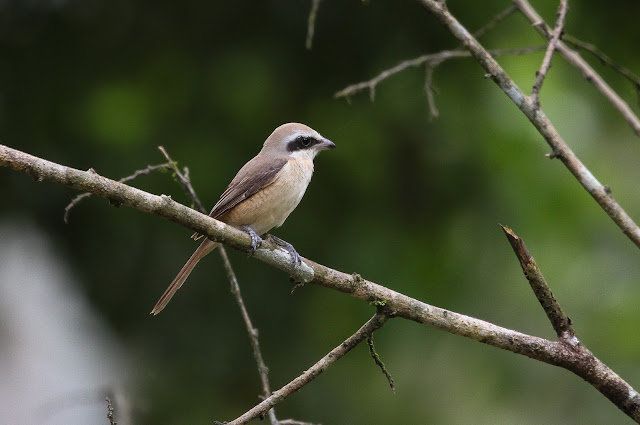 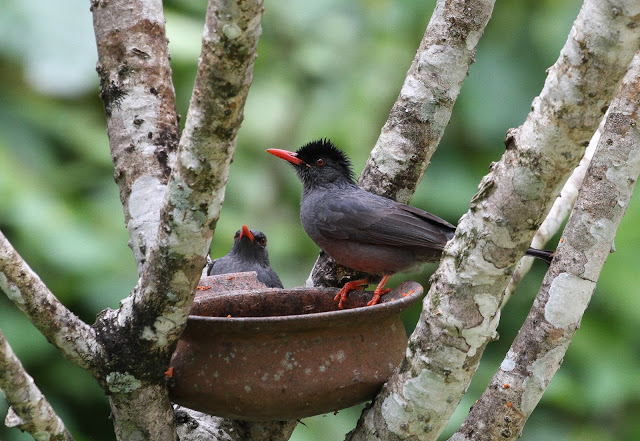 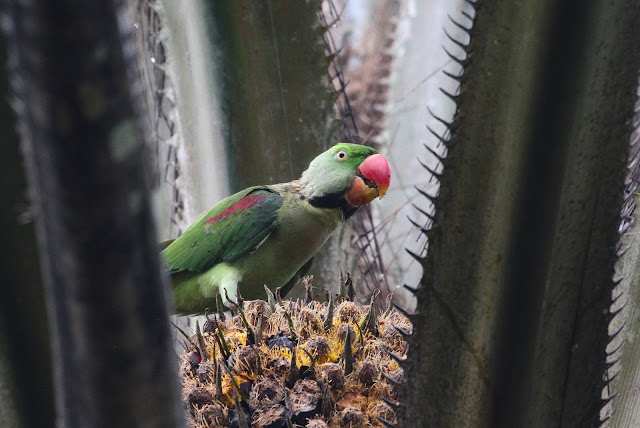 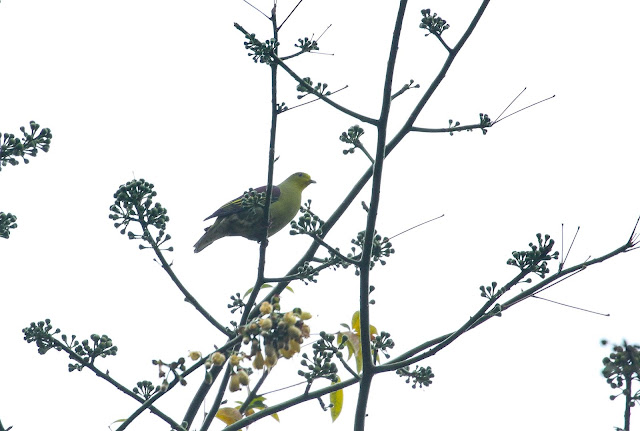 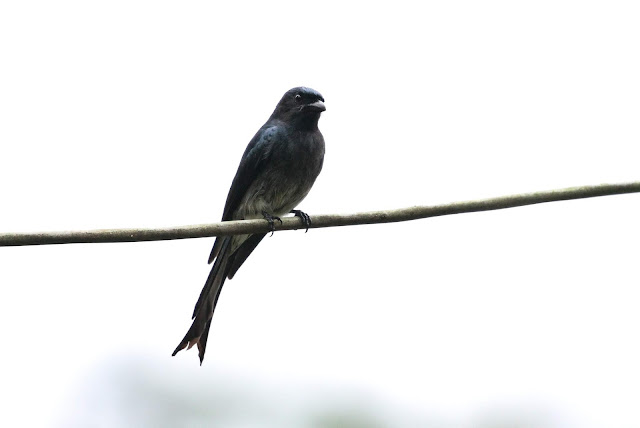 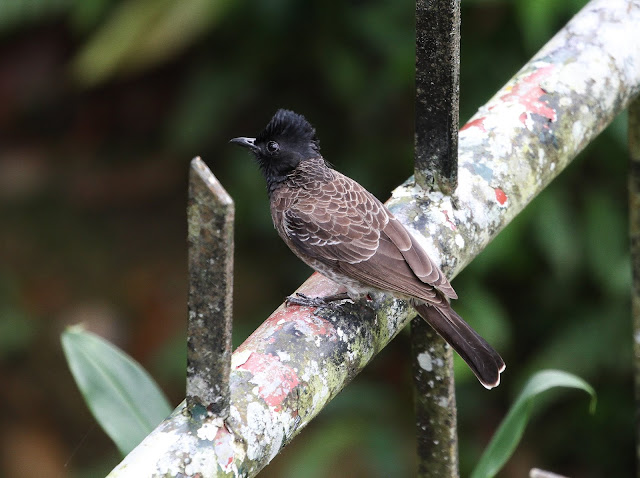 Red-vented Bulbul
Posted by Chris at 16:21