We began today as we did yesterday - with a walk along the tracks near the Inn on the Tree. Some of the species (and probably the same individuals!) as yesterday were seen but this time we added 2 Sri Lanka Green Pigeons, Indian Swiflet, great views of a Red-backed Flameback, 2 Small Minivets, Jerdon's Leafbird, a pair of Dark-fronted Babblers with nesting material and best of all a Sri Lanka Woodshrike which a returning AbdulRahman was very grateful for! 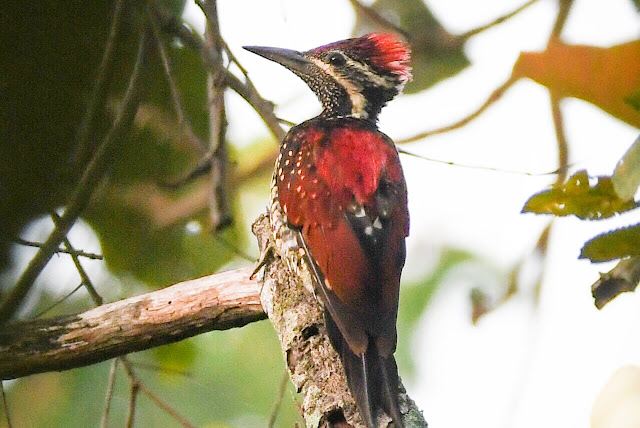 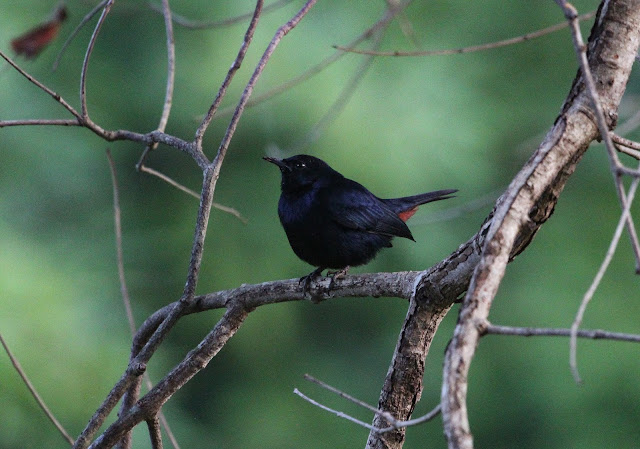 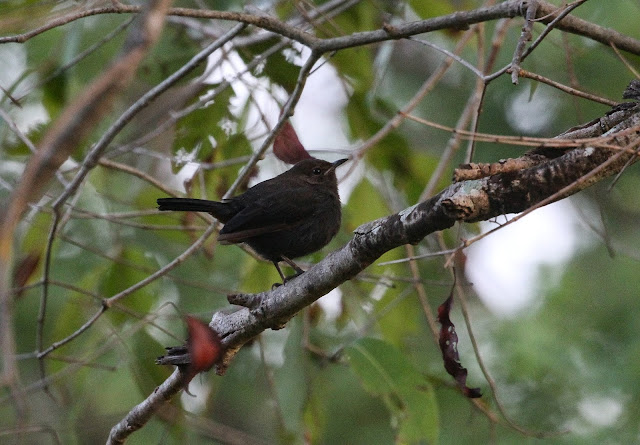 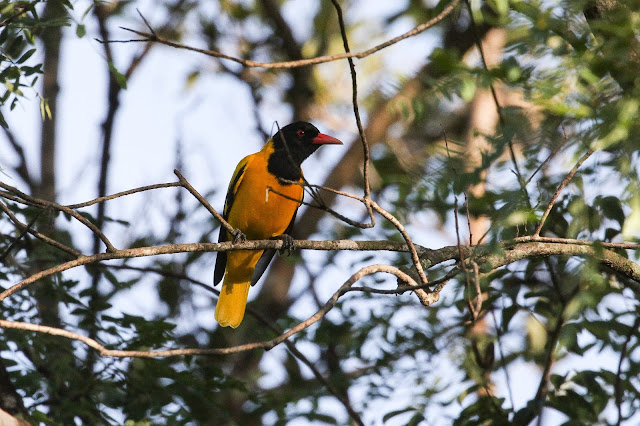 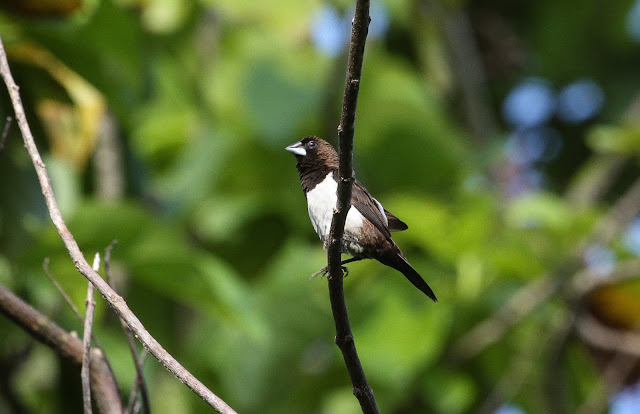 After breakfast we set off on the long drive south to Nuwara Eliya, aka Little England. A stop en-route at the Damro tea estate and a tour of the factory was very interesting - so were 2 Hill Swallows hawking around the buildings! Along the way we also saw a nice White-bellied Sea Eagle amongst the common roadside birds.

After checking into the rather lovely Hill Pride Hotel on the edge of town we spent a couple of hours in the manicured urban Victoria Park. It was the wilder and scruffier areas around the perimeter and along a stream that we were interested in however. The undoubted highlight (not just of today but one of the highlights of the whole trip) were 2 male Pied Thrushes feeding unobtrousively along an overgrown small stream that flowed into the main stream. Wow - what stunners these Himalayan breeders are! Other goodies seen in a first pass were Grey Wagtail, 2 Bar-winged Flycatcher-shrikes, Sri Lanka White-eye, Velvet-fronted Nuthatch, White-breasted Waterhen, Cinereous Tit and 2 Common Tailorbirds. Then, as we were searching a shady clearing on the edge of the park I got onto a superb Dull Blue Flycatcher that popped up on a sappling at point blank range. 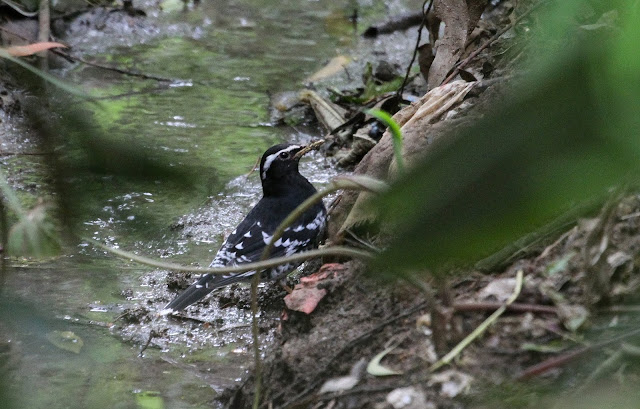 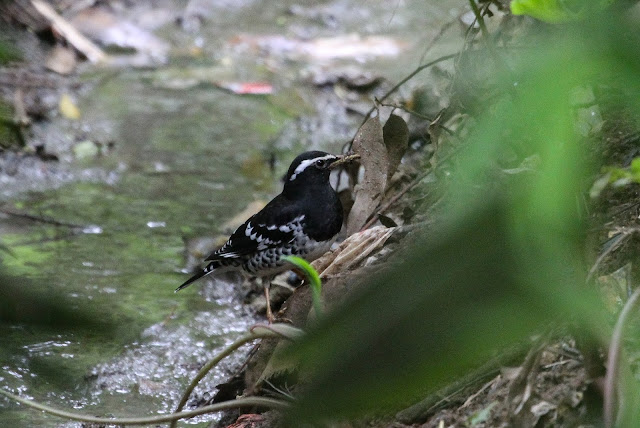 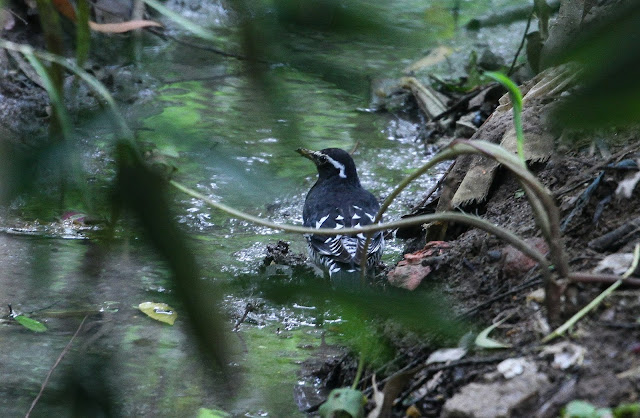 We finished the day with a vigil at a roadside pull-in SE of the town. Peering down into a dark, litter-strewn gap in the bushes revealed 2 Indian Blackbirds  and then the jackpot as I got onto a male Sri Lanka Whistling Thrush in the gloom. A crake seen very well there caused some discussion but Graham and I are adamant (and correct!) it was a Ruddy-breasted Crake.
Posted by Chris at 16:48