After some time spent on our garden rewilding project yesterday Belinda and I headed to the Norfolk/Suffolk borderlands to check out a couple of sites and go for a walk as the temperatures dropped a little.

First up was Thelnetham Fen where I checked out the meadow that is always chock full of marsh orchids at this time of year. Amongst the 100s of Early Marsh Orchids (ssp incarnata) were a handful of Southern Marsh Orchids which are always a bit later to flower. A single Common Spotted Orchid was just coming out. Then, the hybrids! There are loads of hybrids between EMO x SMO, most showing typical 'hybrid vigour' being big robust things and the variety is really amazing. Probably a result of 2nd, 3rd generation hybrids, back-crosses etc. Some of the EMOs were also variable going from quite rosy pink to very pale indeed. Several Common Blues were buzzing around the Ragged Robin, the Yellow Flag Irises were looking resplendent and the marsh was covered in Marsh Lousewort. 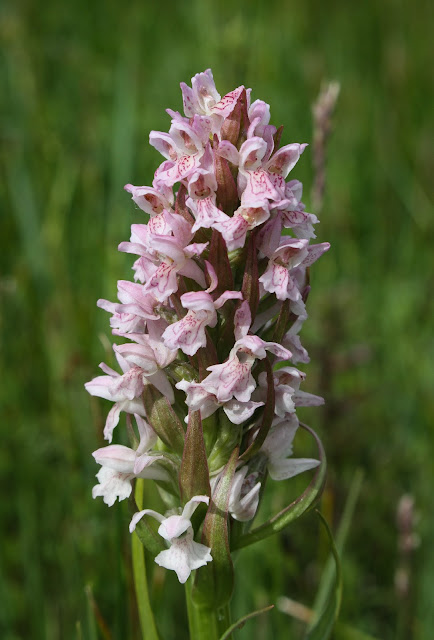 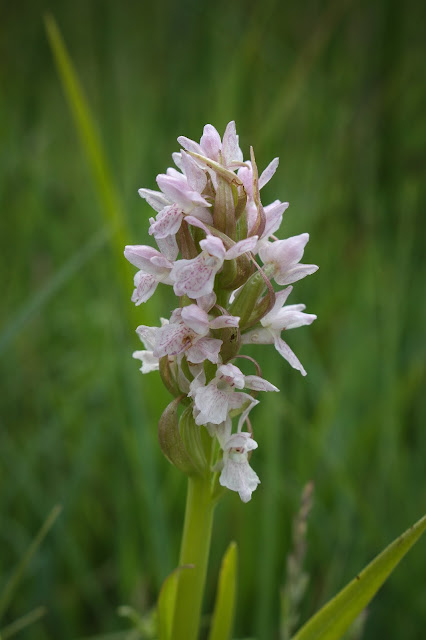 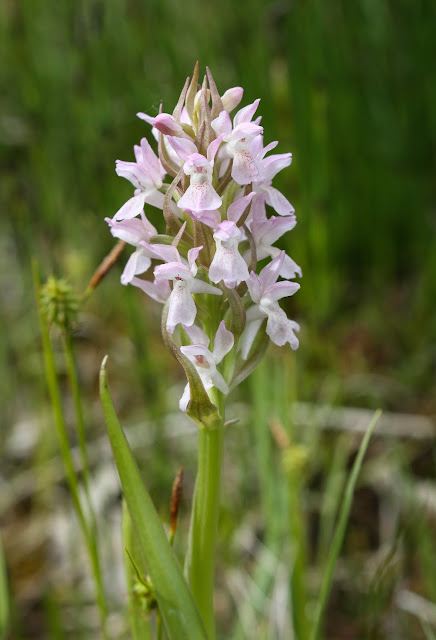 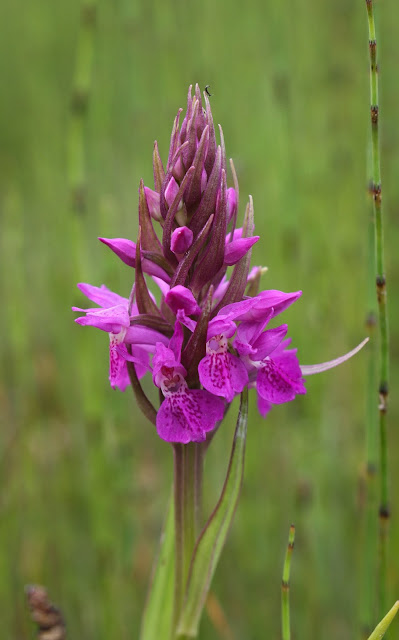 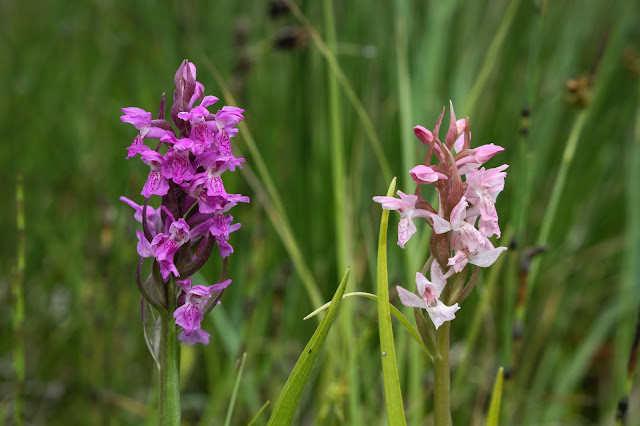 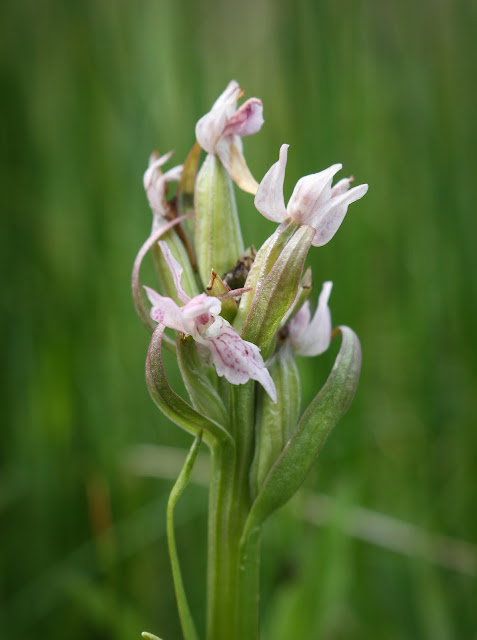 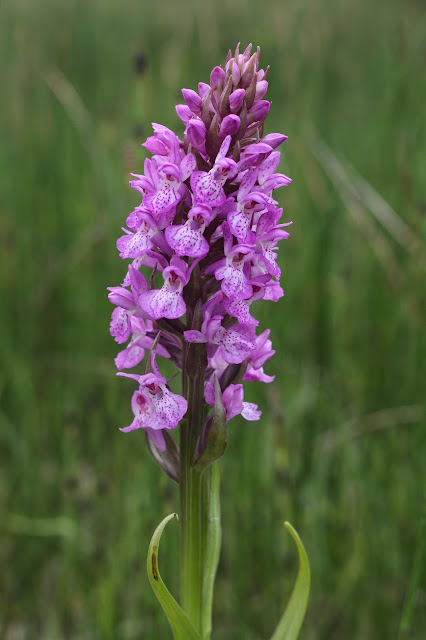 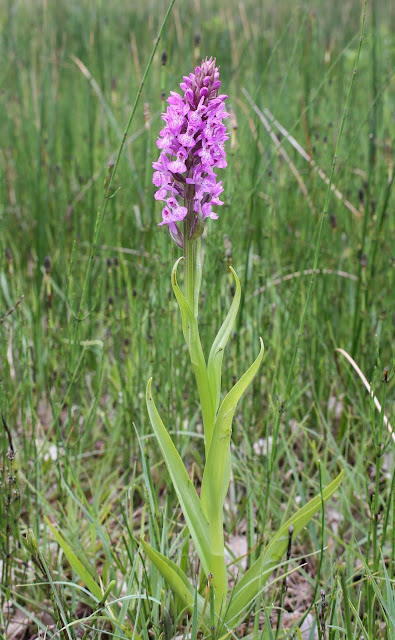 We moved on to another fen for our main walk and for me to check out the Early Marsh Orchids (ssp ochroleuca) which grow there. I was amazed and delighted to count 18 plants. Not only is is a little early for them but the numbers are almost treble what we had there last year. These rare orchids at their only UK site are close to my heart so this made my day! 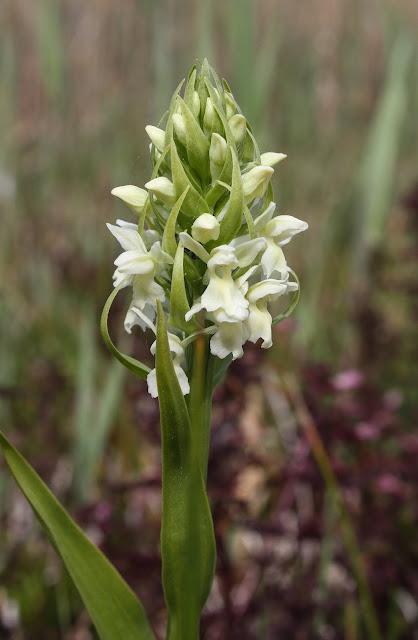 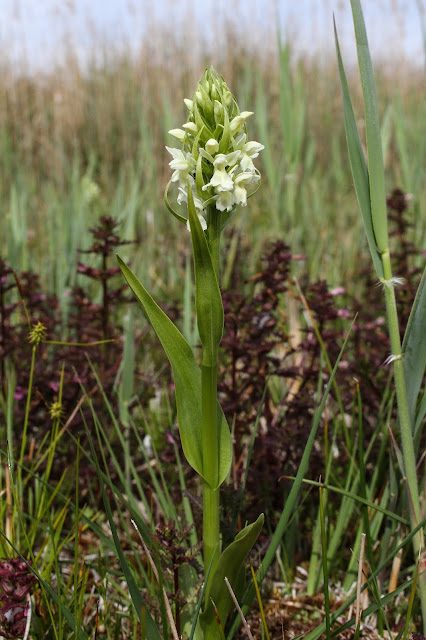 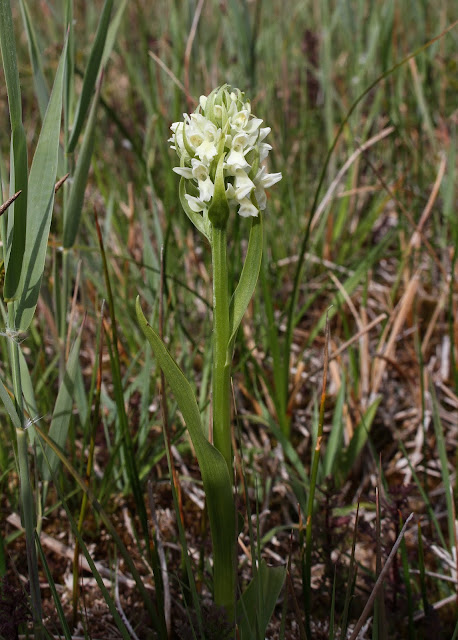 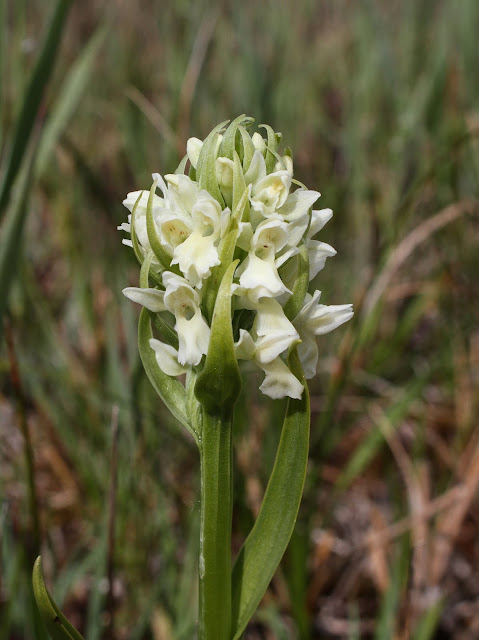