Thanks to the power of social media I was able to arrange access on to a private site in Cambs yesterday evening to see this beauty.
The security guard at the site even knew my name as I pulled up at the barrier which was testiment to how well my contact had organised things. Within minutes I'd met him despite me being early and a very short walk later 'Wasp' Orchid was on my list! One of the things I wanted to see this year was some Bee Orchid variants and I thought I'd have to travel much further to see any. This particular variant is very rare indeed in East Anglia where we traditionally only get the 'chlorantha' variant. Also at the site were plenty of standard Bee Orchids and a few Pyramidal Orchids. After bidding my kind host goodbye I hit the road in a homeward direction with plenty of time left to explore my other desination of the evening. 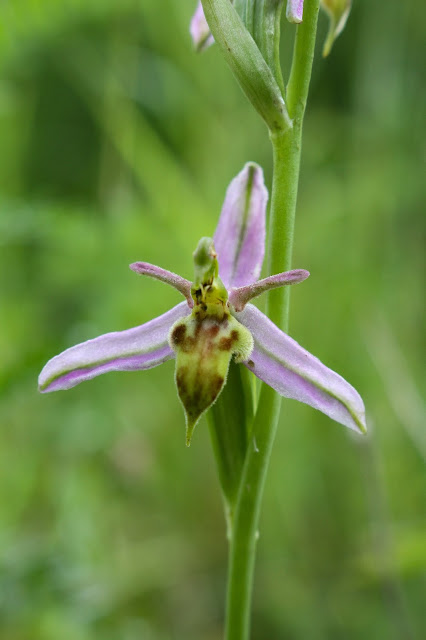 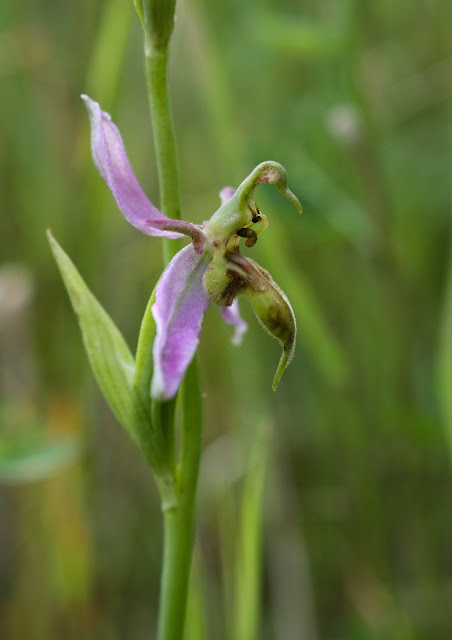 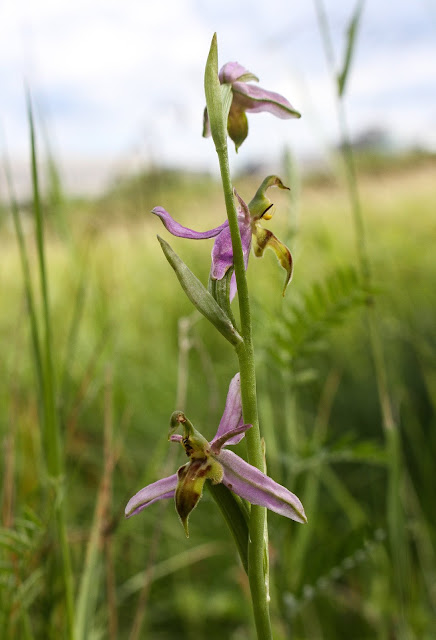 That destination was Devil's Dyke at Newmarket. Here, in a very short space of time I'd found 4 Lizard Orchids, 1 Chalk Fragrant Orchid, several Pyramidal Orchids and 3 Marbled Whites. I spent a little time trying to get some photographs of the Marbled Whites but they weren't really playing ball. Constant territorial chasing off by Small Heaths and Meadow Browns didn't help! I also had my first Large Skipper of the year and  Willow Warblers were much in evidence along the dyke too. 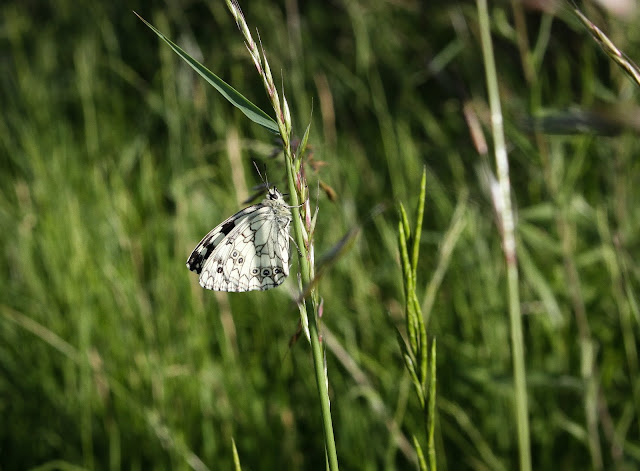 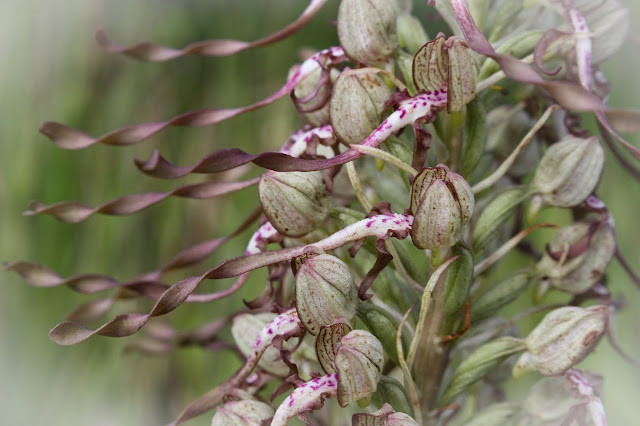 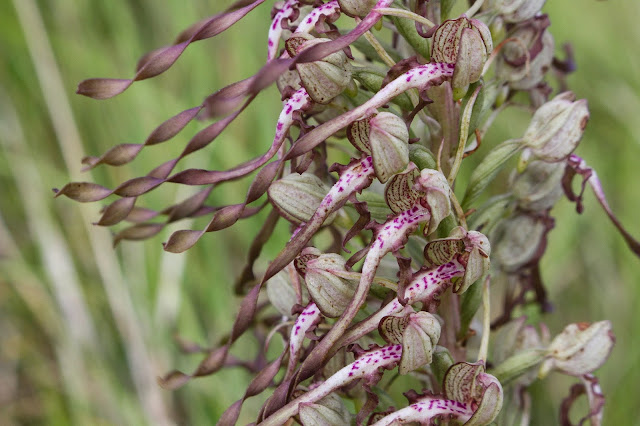 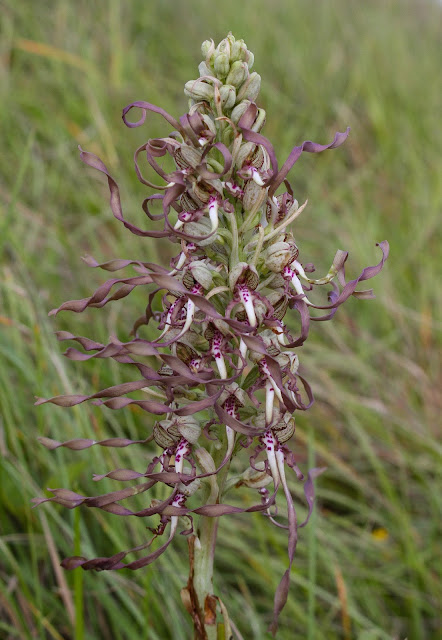 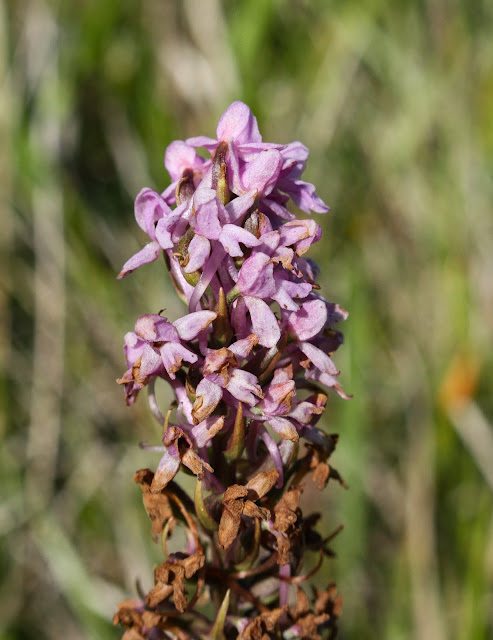 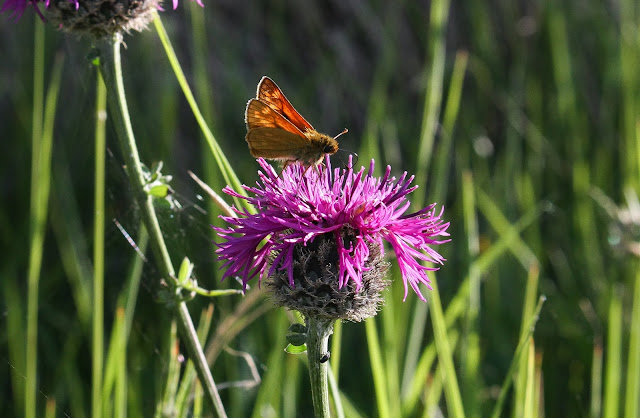 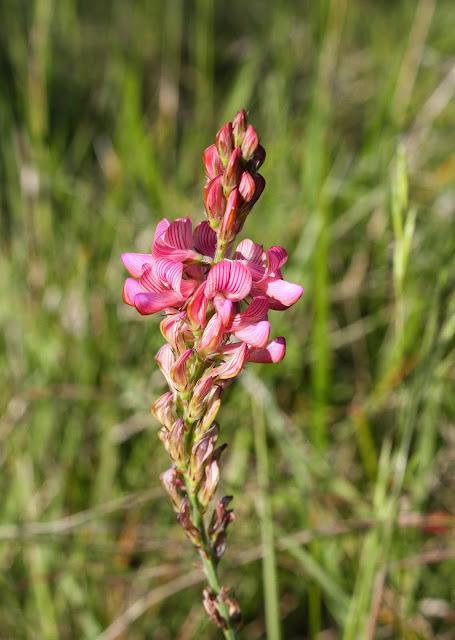 On the way home 2 Red Deer stags with full antlers were right by the A11 on the verge just north of Barton Mills.

Earlier in the day while working at a farmhouse in Pulham St Mary I was entertained by 4 Painted Ladies, Red Admirals and a brief Hummingbird Hawkmoth. 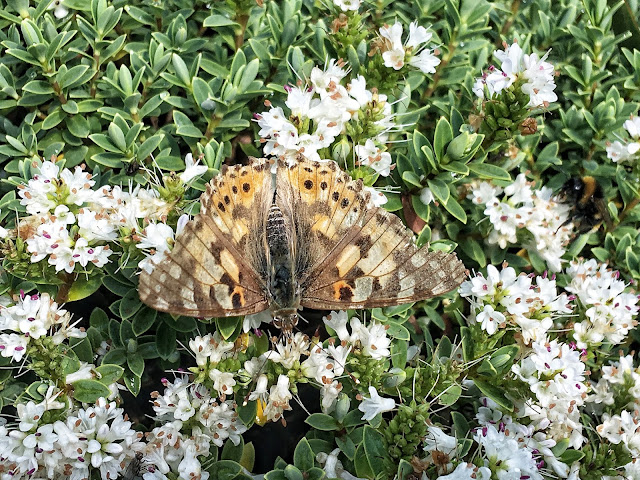 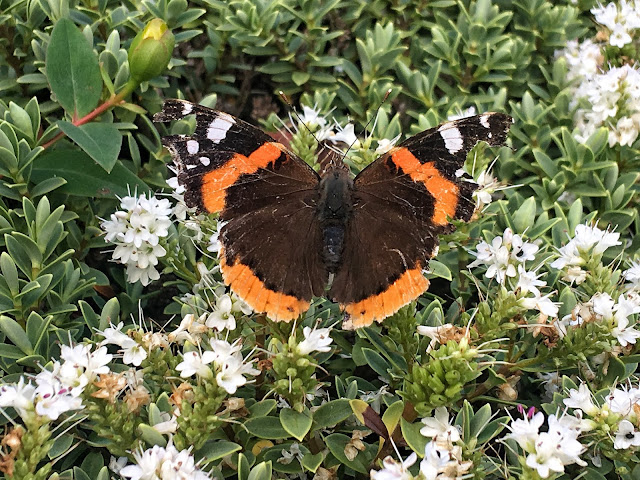