Today we settled into the 05.30 breakfast and 06.00 start that we stuck to for the rest of the trip.
Breakfast was an unappetising bread and laughing cow cheese triangles!

Before we settled down for this culinary experience 2 Brown Boobooks showed beautifully in torch light right beside the restaurant.

Birding for the morning session was once again aboard the truck but this time heading in the opposite direction to the forest on the 'Heaven Rapid Trail'. Dropping us off we then walked the forest road with frequent ventures in to the thick forest when Minh had heard something worthwhile call. Sadly this resulted in numerous dips of both Bar-bellied and Blue-rumped Pittas, birds we were destined never to catch up with. Some birds responded briefly but then moved away and refused to show. On the plus side we did score with plenty enough other species to keep us amused!

Thick-billed Green Pigeon was first up with 3 Red-breasted Parakeets close by and the first of 3 Green-billed Malkohas. Distinctive Crested Serpent Eagles circled over and along the road I picked up a single Silver-backed Needletail and Asian Palm Swift amongst the numerous Germain's Swiftlets. One of the birds of the day was a beast of a Great Slaty Woodpecker while other members of the genus were Laced Woodpecker, 2 Lesser Yellownapes and Common Flameback. 2 barbet ticks for me were Green-eared Barbet and the much smaller Blue-eared Barbet.  A perched but partially concealed Great Hornbill did at least stick around for a quick pic!

Broadbills are always good value for money and one that's a tick like Dusky Broadbill was even better. This was closely followed by Banded Broadbill and also 2 Black and Red Broadbills a little later on.

Other ticks for me were Hainan Blue Flycatcher, the endemic Grey-faced Tit-babbler, a superb Orange-breasted Trogon, Banded Bay Cuckoo, Great Iora, Puff-throated Babbler and Scaly-crowned Babbler. My find of a Lesser Racket-tailed Drongo wasn't really believed until Minh got onto it and got quite excited as it is very rare at the site! 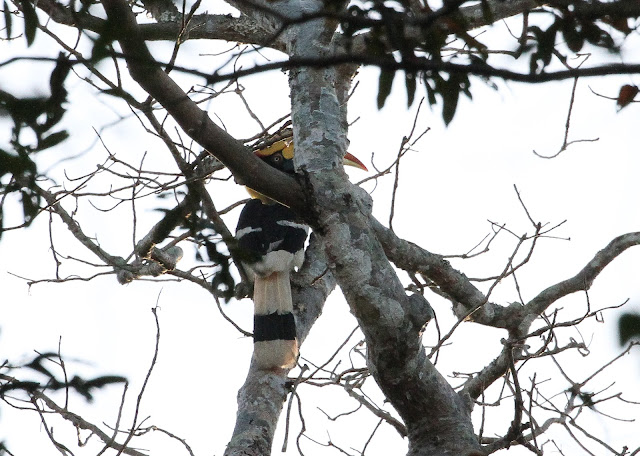 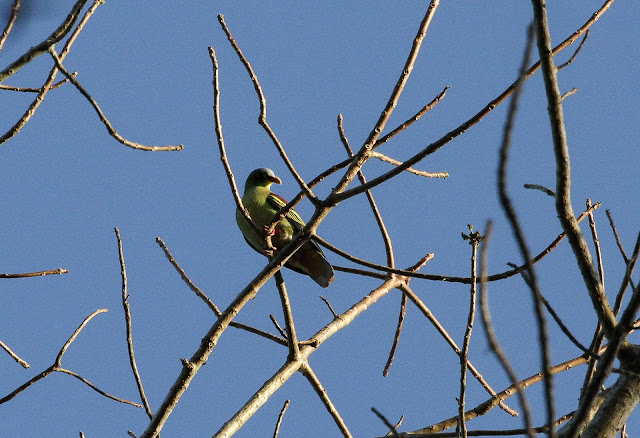 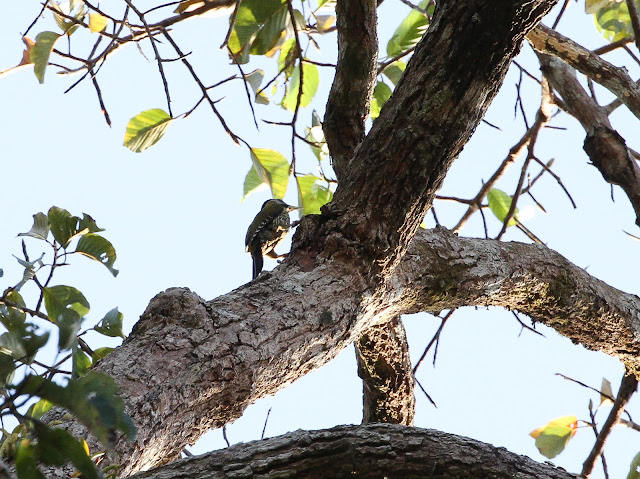 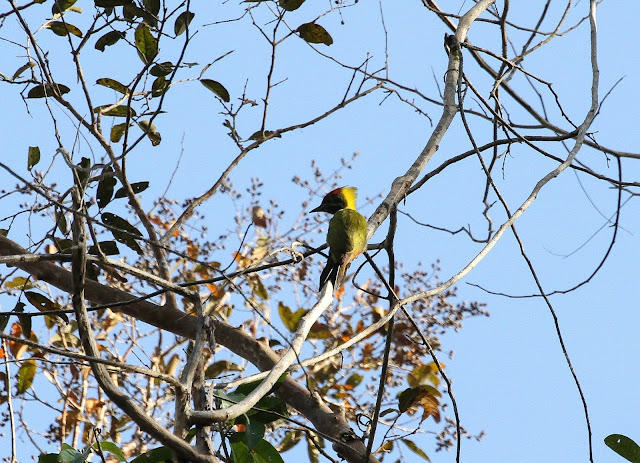 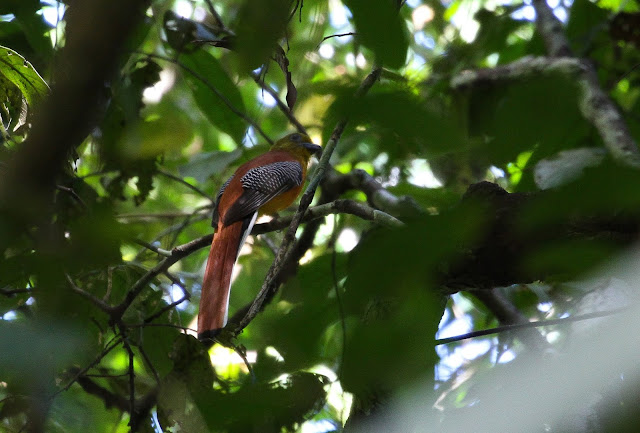 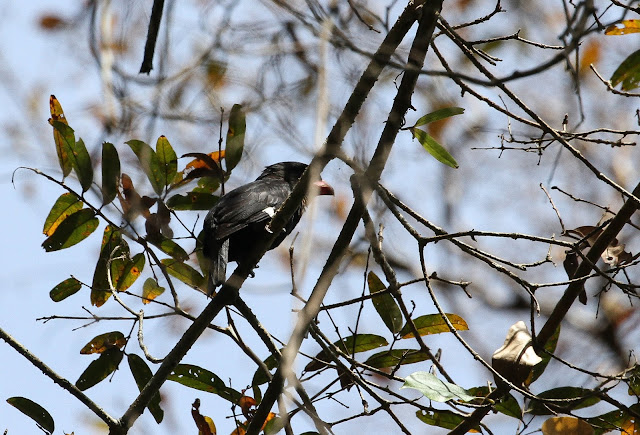 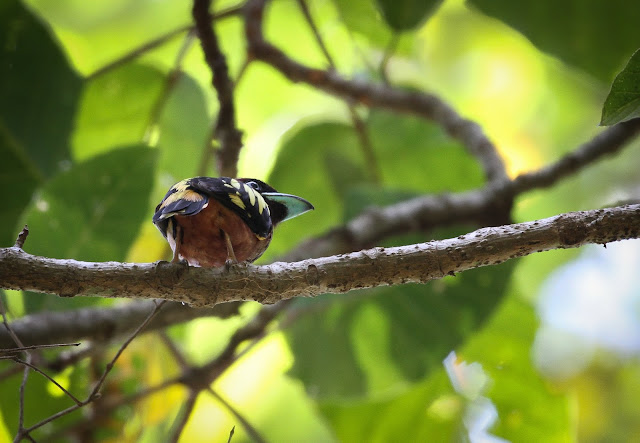 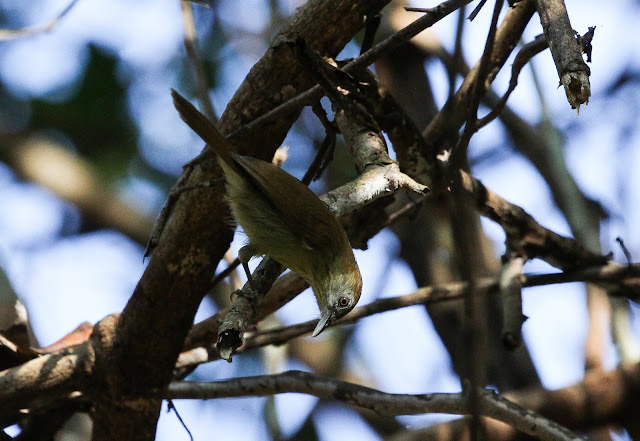 After lunch and a short chill out time the late afternoon session was along the Tung Tree Trail. The afternoon sessions were generally hard work and very quiet but we did add Blue-bearded Bee-eater, Scaly-breasted Partridge and 2 Black and Red Broadbills. Other nectar-eaters seen during the day were Ruby-cheeked Sunbird, Purple-naped Sunbird, 3 Olive-backed Sunbirds, Little Spiderhunter plus Asian Fairy Bluebird, Tickell's Blue Flycatcher and Verditer Flycatcher. 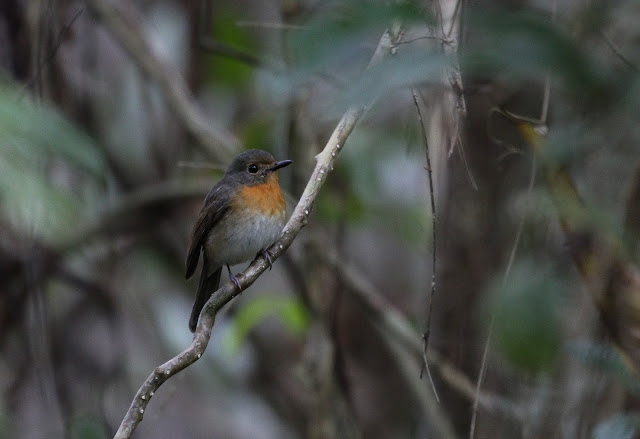 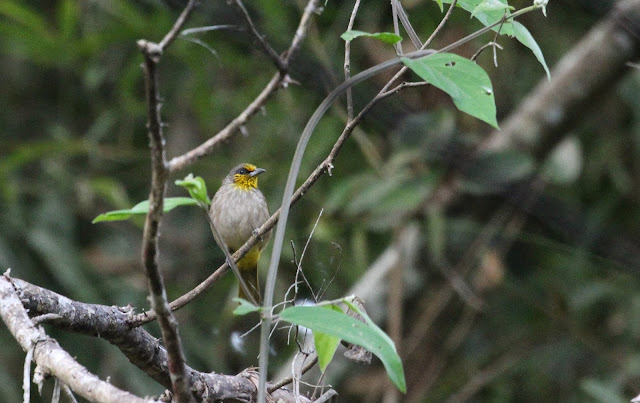 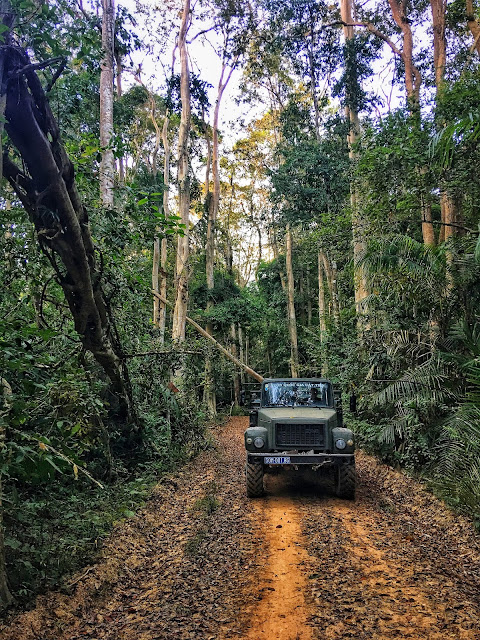