It was  mega early start today with a quick coffee in the hotel lobby and a visit to a local bakery at 04.30 for baggettes. Can you imagine finding a bakery open at that time at home?! We were back up at the top of the Nui Sam Pass for a breakfast in the field and straight into birding.

The plan was pretty much the same as yesterday but being early morning the bird activity was much greater, and thankfully the traffic was much quieter too. We walked downhill from the top of the pass notching up Mountain Imperial Pigeon, Mountain Fulvetta and Annam Barbet before we came across a 'bird wave' close to a hut which a guy was sleeping in! The next 20 minutes or so flashed by in a blur of activity and at times it was difficult to know what to look at - Long-tailed Broadbill, Grey-crowned Tits, Black Bulbuls, Ashy Bulbul, Mountain Bubuls, Scarlet Minivets, Ashy Minivets, Black-winged Cuckooshrike, Maroon Oriole, Black-chinned Yuhinas, Grey-cheeked Warbler, White-tailed Leaf Warbler, Verditer Flycatcher and Mugimaki Flycatcher! After recovering from that excitement a little further down the hill were Red-headed Trogon, 4 Grey-throated Babblers, Black-headed Sibia (of the 'spectacled' race), White-bellied Epornis, 3 Bay Woodpeckers and Hainan Blue Flycatcher.

Ventures off the road along small forest paths were undertaken a couple of times. The first time it was to persue a Long-tailed Broadbill but inadvertently gave us 2 Vietnamese Cutia high in the canopy. The second time was truly memorable in that we finally scored with a pitta - a mega male Blue Pitta which did laps around us responding to playback. I got some great views although the bird always kept its distance.

A stop on a bend for a perched Square-tailed Drongo-cuckoo also gave us a couple of White-cheeked Laughingthrushes, Streaked Spiderhunter and a typically skulking singing Spot-throated Babbler which I luckily saw very well through a 'window' in the dense undergrowth.

We visited the viewing screen for 2nd dabs at the Orange-breasted Laughingthrushes and this time had 7 plus a female Siberian Blue Robin. Down near the small shop/cafe where we were picked up in the minibus was an obliging Brown Shrike plus Spangled Drongo.

It had been an awesome morning but we had to drag ourselves away and get to Dalat via a lunch in Di Linh. 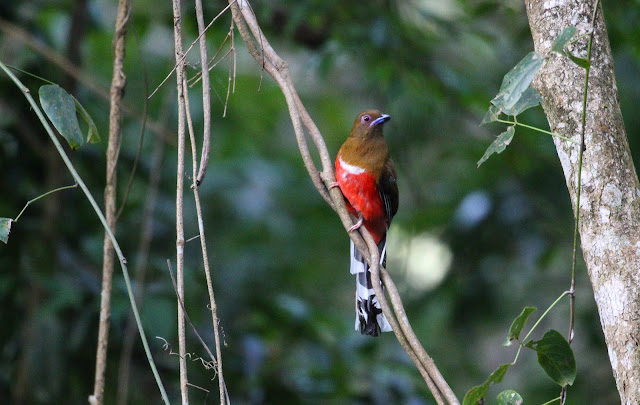 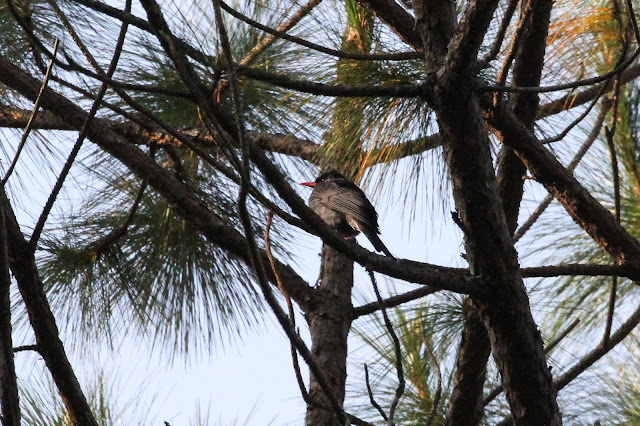 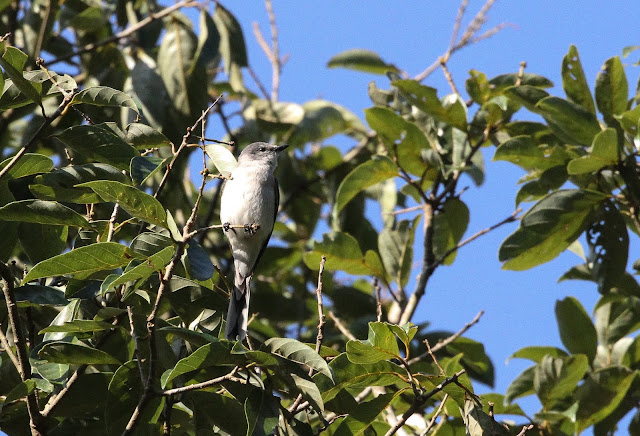 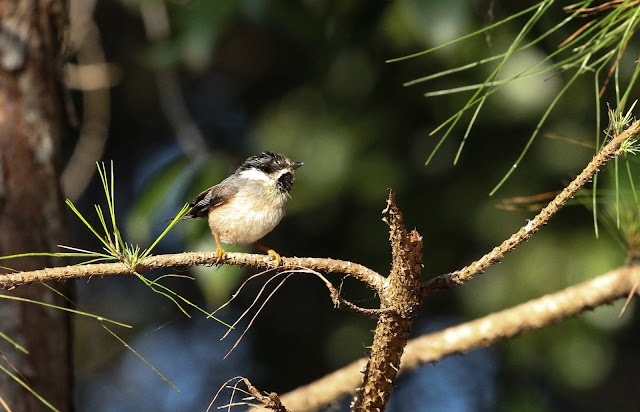 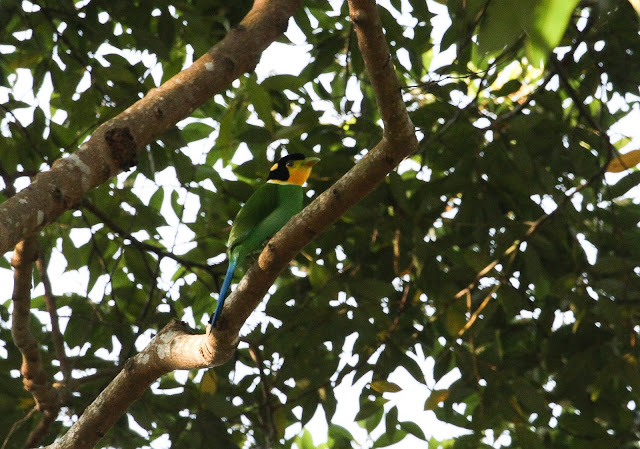 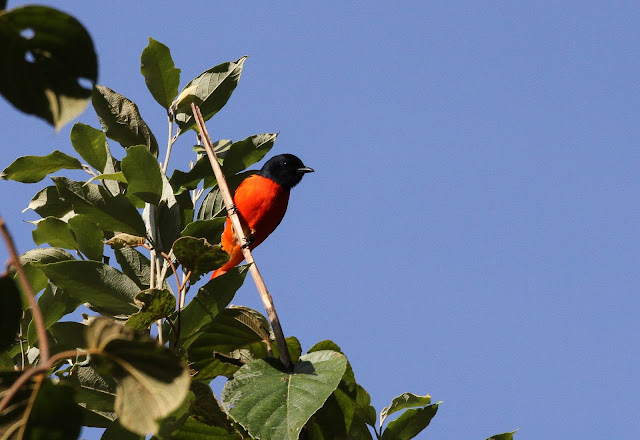 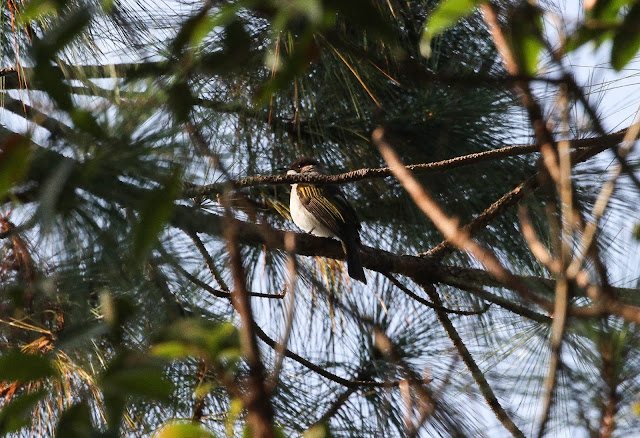 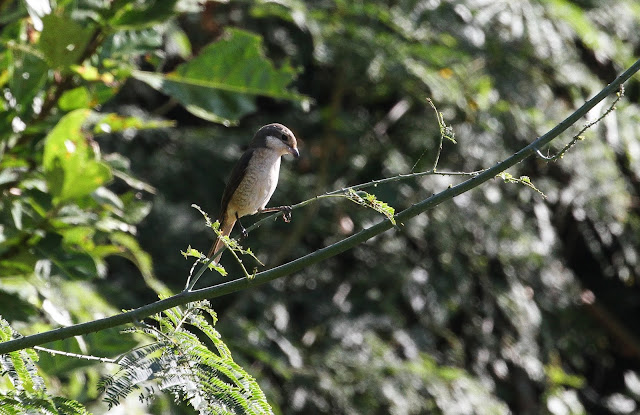 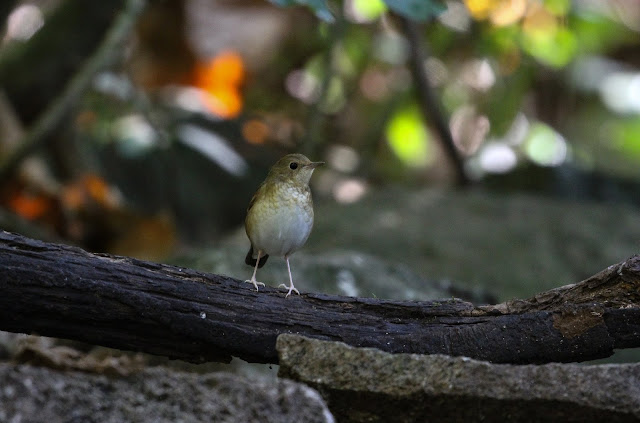 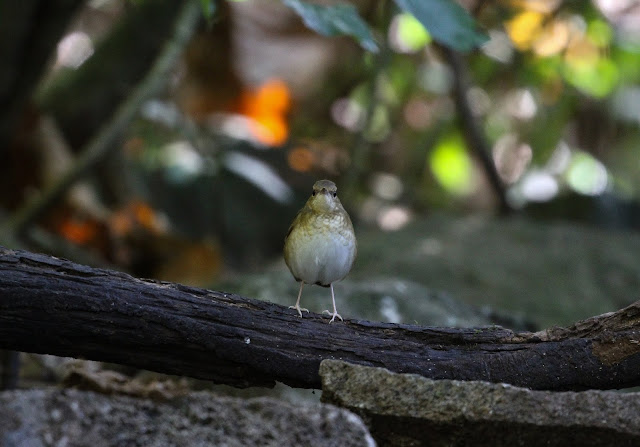 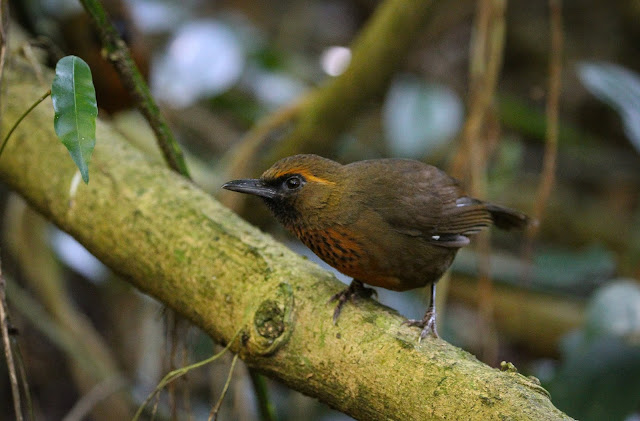 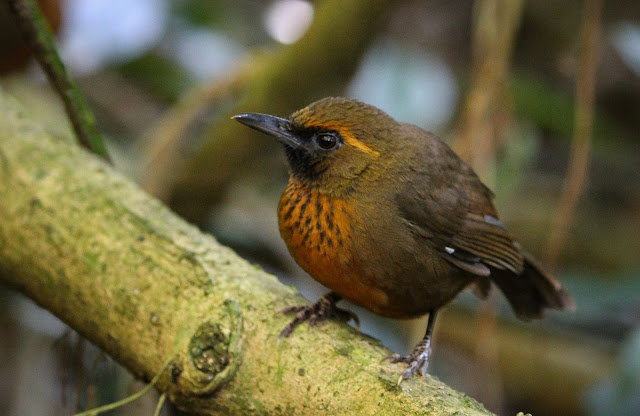 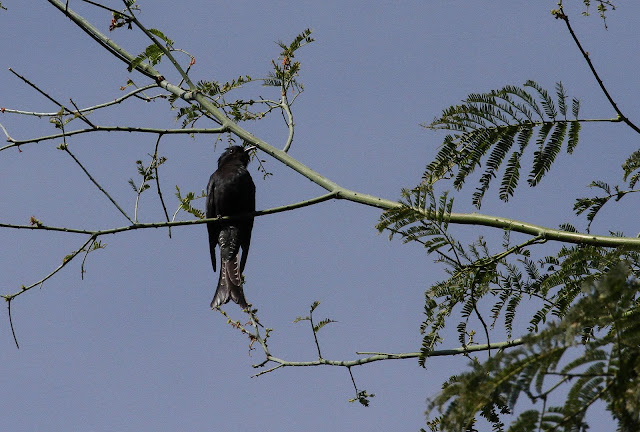 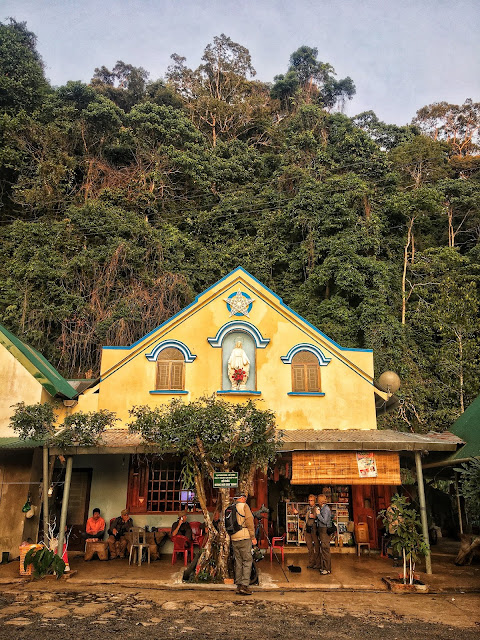 Arriving in the former French colonial city of Dalat we immediately headed SW to the south side of the picturesque Tuyen Lam Lake. Roadside birding here got off to a great start with several Vietnamese Greenfinch in the bag quickly plus a Chestnut-vented Nuthatch, Annam Minivet, Dalat Shrike-babbler and then a brief view of a calling roadside Collared Owlet.  A little further along a superb male Clicking Shrike-babbler showed very nicely followed by Little Pied Flycatcher and Plain Minla.

We then walked through an area of open pine forest adding Grey Bushchats, White-throated Fantail, several Green-backed Tits, 2 Sooty-headed Bulbuls and Flavescent Bulbul. Then Minh heard a distant call of Oriental Scops Owl from down a steep slope and after much effort we got to see 2 these, both of the rufus phase. We finished with a couple of distant Black-collared Starlings and a considerably closer Grey-capped Pygmy Woodpecker.

The lake area itself gave us our first Osprey plus 3 Little Grebes and Grey Wagtail.

Checking in to the Dreams Hotel in central Dalat I was delighted to find our home for the next 4 nights was really rather nice! 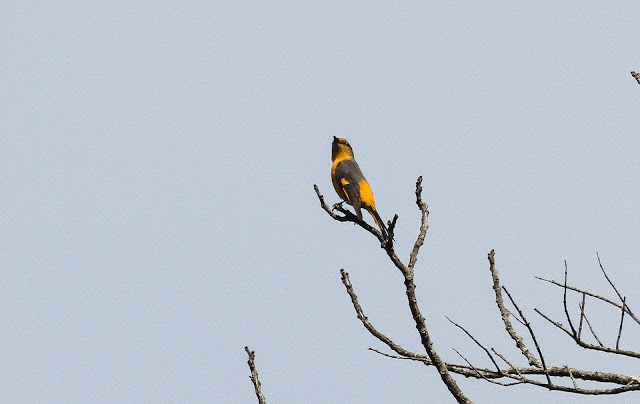 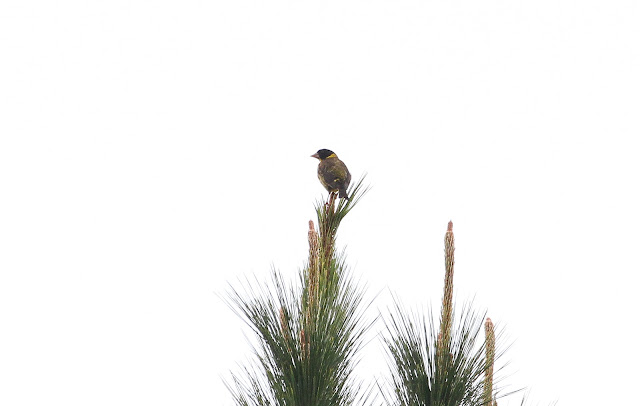 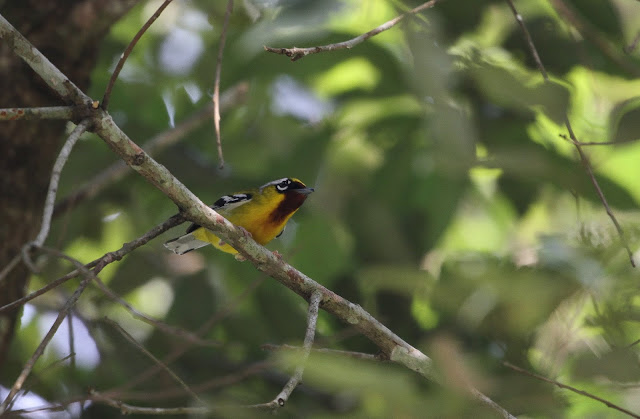 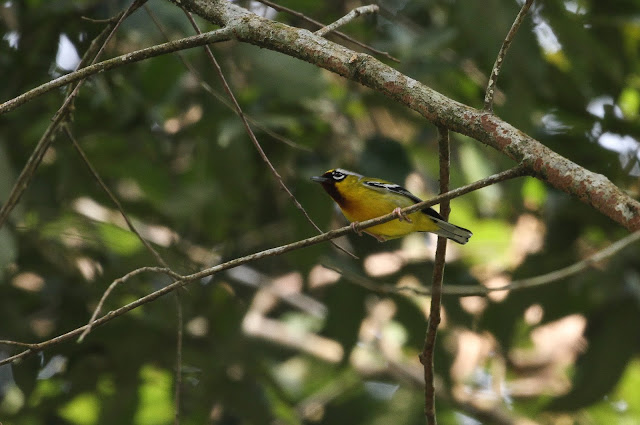 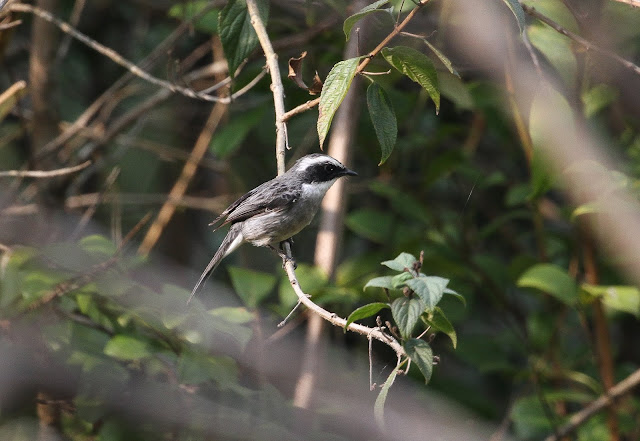 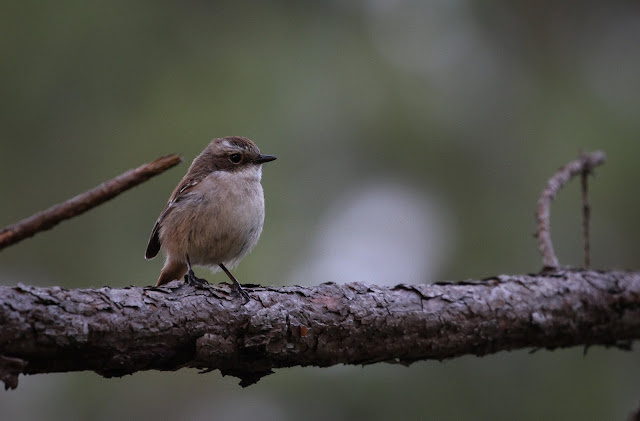 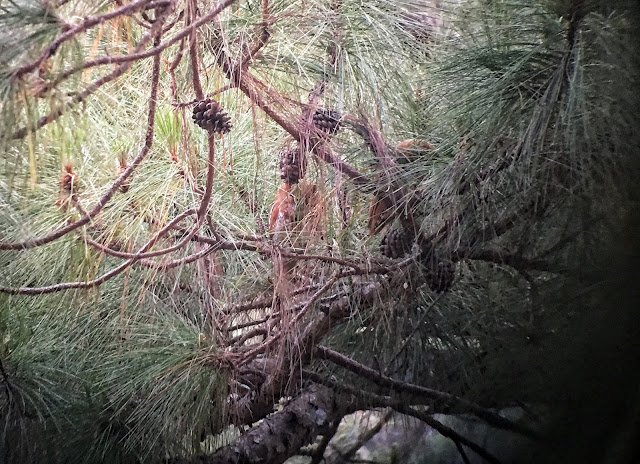 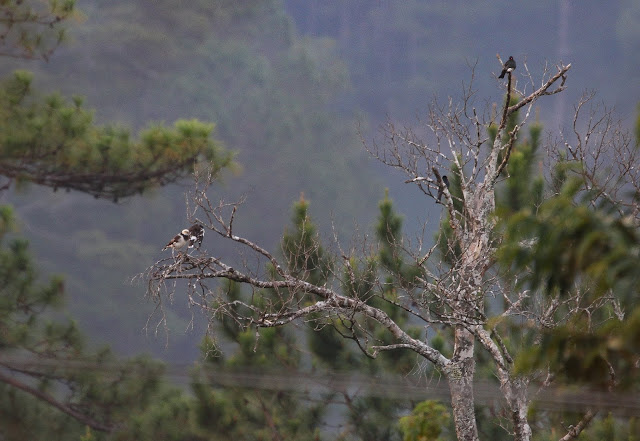 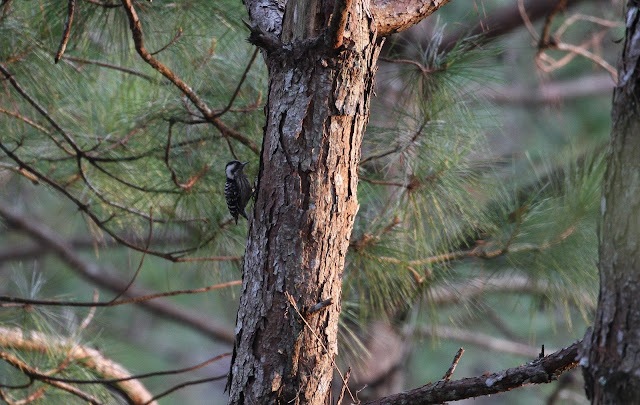 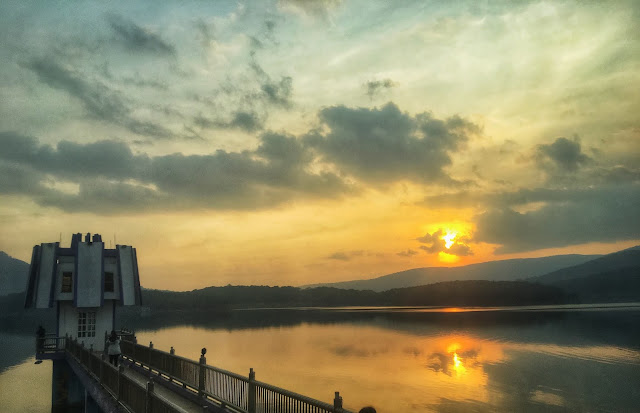