Our last morning at Cat Tien before taking the ferry back over the river and relocating north to Di Linh.

As we only had a couple of hours it was a leisurely stroll back in the direction of the 'grasslands' area of the park. And it proved to be very pleasant indeed with more than a few good birds to look at. The first stretch had c6 Oriental Pied Hornbills returning regularly to a fruiting tree and a perched Green Imperial Pigeon. Golden-crested Mynas were very conspicuous with c50 seen plus a couple of Common Hill Mynas at distance. A very welcome Black-and-Buff Woodpecker showed all too briefly before vanishing and c3 Laced woodpeckers were also in the same area together with a Racket-tailed Treepie. Great White Egret was added to the trip list and then a couple of showy Dark-necked Tailorbirds had everyone with a camera clicking away! A male Hainan Blue Flycatcher was also more than welcome. Then we got onto a shrike which was initially called as a Brown Shrike but clearly wasn't this species at all. It was in fact a Tiger Shrike (very unusual in winter and listed as a scarce passage migrant) that went on to pose very nicely in trackside bushes. Other goodies on the walk were Lineated Barbet, Golden-fronted Leafbird, Vernal Hanging Parrot, Black and Red Broadbill, Black-naped Oriole, Van Hasselt's Sunbird, Scarlet-backed Flowerpecker, Bronzed Drongo and the usual selection of bulbuls.

The return walk gave us the first Chestnut-headed Bee-eater of the trip, a Common Iora lingered long enough for some photographic attempts and both Taiga Flycatcher and Yellow-browed Warbler were added.


Then it was a quick pack-up and we were soon back over the river and heading north to the uplands of Di Linh. 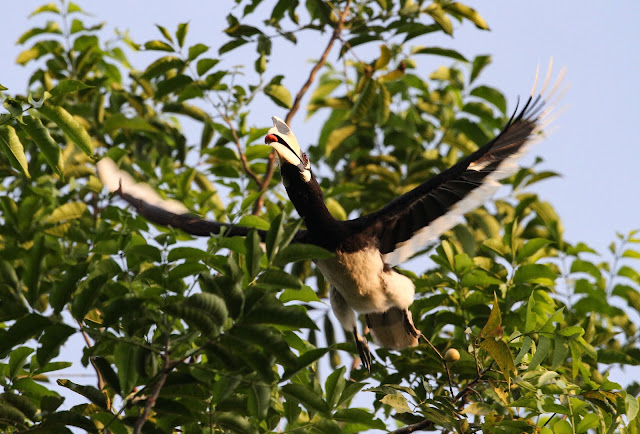 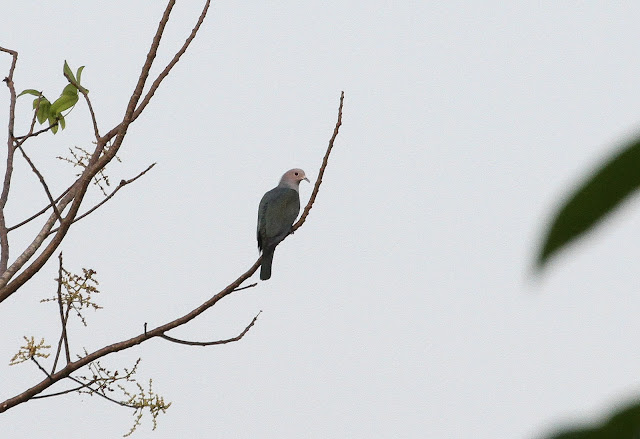 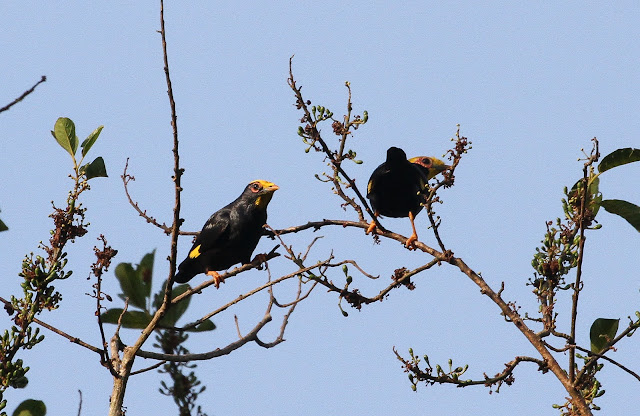 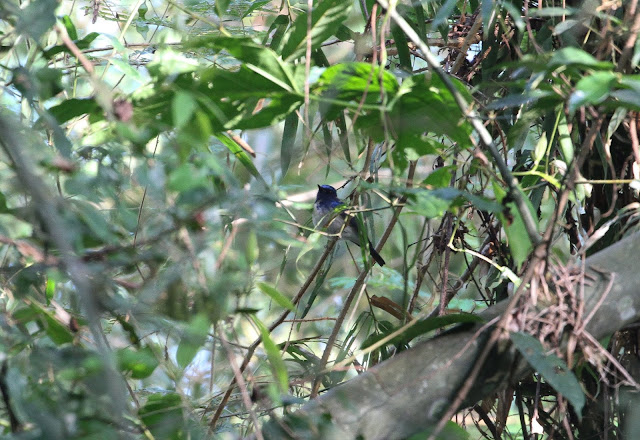 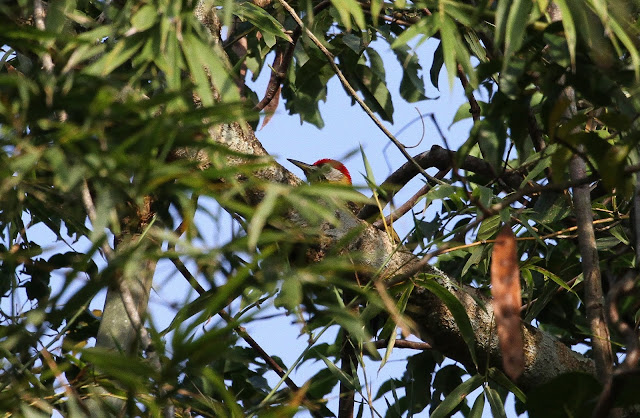 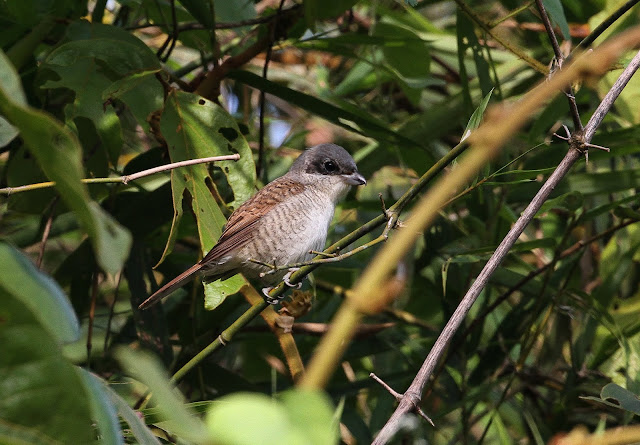 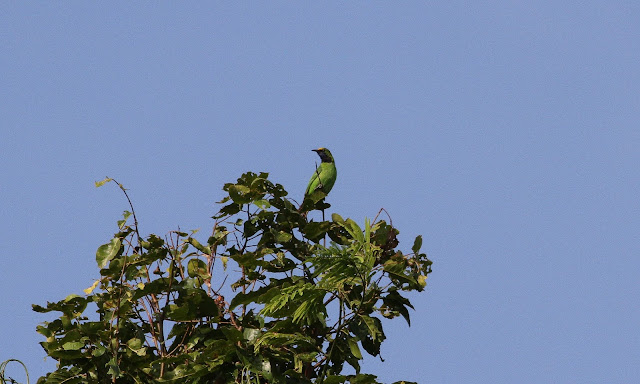 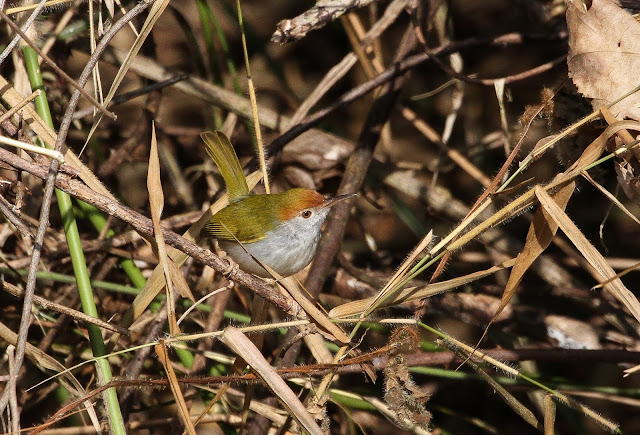 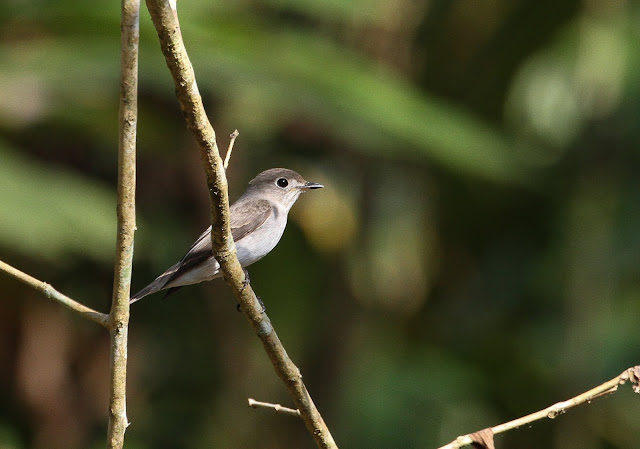 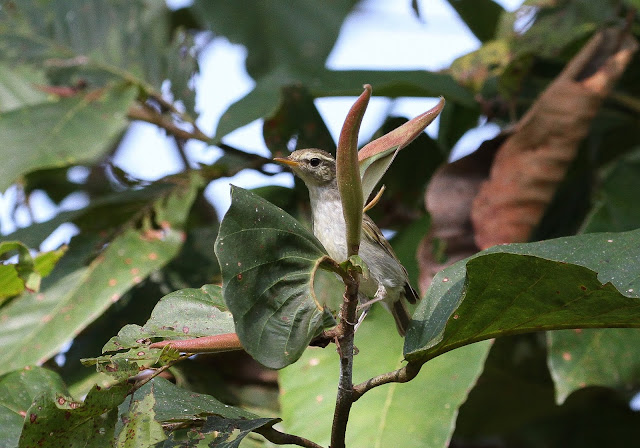 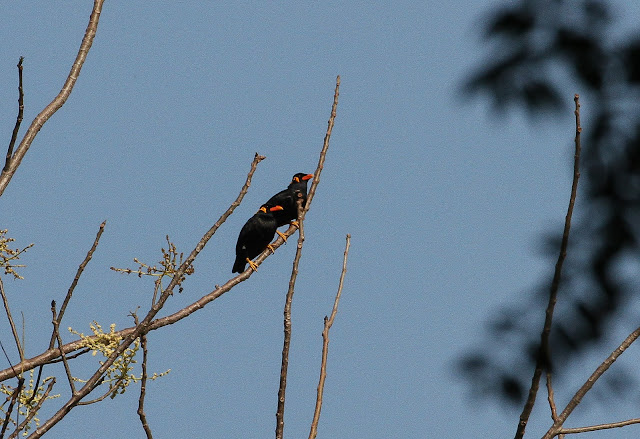 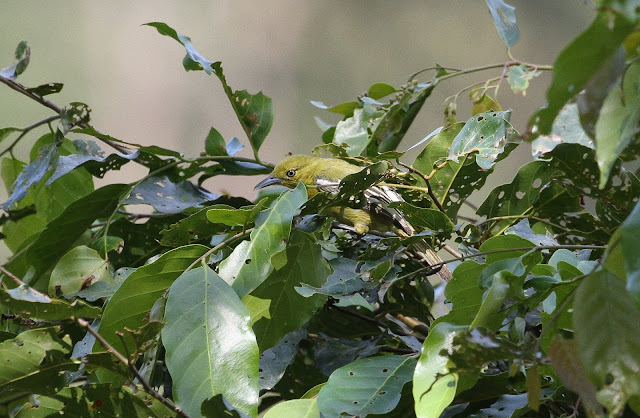 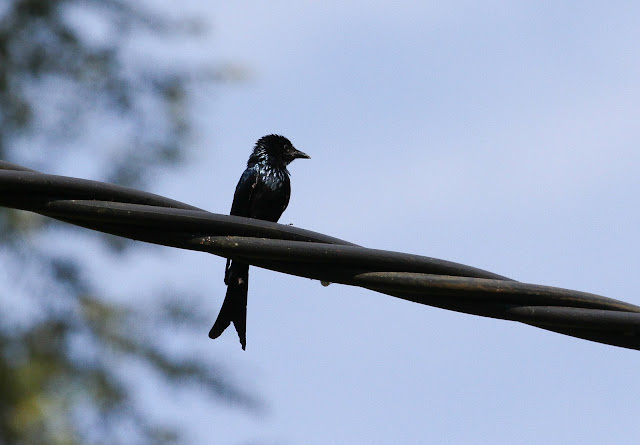 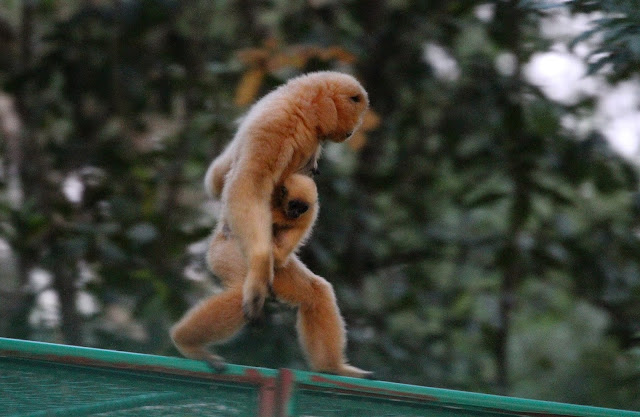 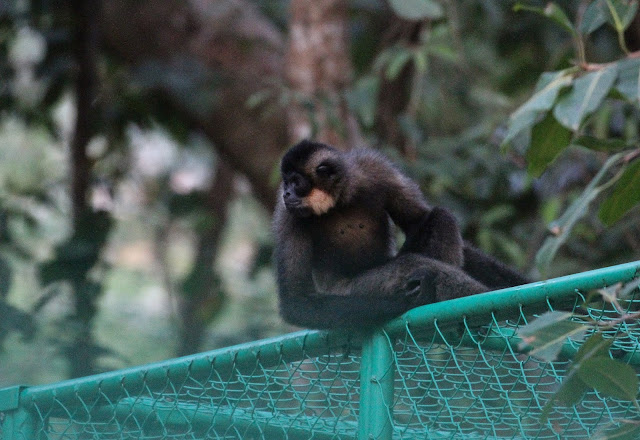 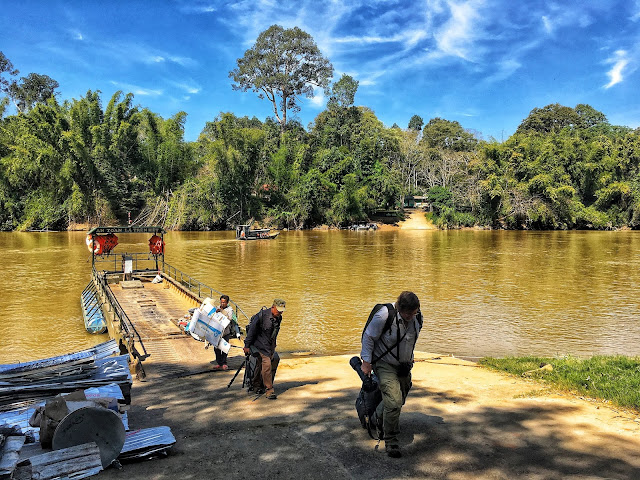 We made straight for the Nui San Pass at Di Linh and almost as soon as we get off the minibus a splendid male Langbian Sunbird (soon to be split from Black-throated Sunbird) showed nicely around a flowering shrub quickly followed by our first Flavescent Bulbul. Leaving the bus we then walked downhill along the road from the top of the pass. Despite roadside birding being constantly disturbed by passing traffic we notched up an impressive list with Long-tailed Broadbill, Black-winged Cuckooshrike, 2 Grey-headed Canary Flyctachers and a delightful Grey-crowned Tit that joined a small group of Black-chinned Yuhinas. I was also pleased to find an id a Kloss's Leaf Warbler too and the sky was also full of Red-rumped Swallows. A diversion into the woods down a short path brough us to a viewing screen. Frustratingly I got onto a pitta 'shape' as it ran over a dark log but it wasn't to be this time. We could hardly complain when a splendid male Orange-headed Thrush popped up into view though, followed by a Hill Blue Flycatcher. It was to get even better at the next viewing screen further down the road. After a scramble up a steep bank 4 Orange-breasted Laughingthrushes hopped into view followed by a brief male Siberian Blue Robin!

We waited until dusk back at the top of the pass but only heard Hodgson's Frogmouth. A Grey Nightjar flying along the road was some consolation though.

We returned to the small town of Di Linh, checked in to the 'quirky' Mai Kahnh Hotel (complete with Hello Kitty bedspread!) and had dinner in a rather plush local restaurant. 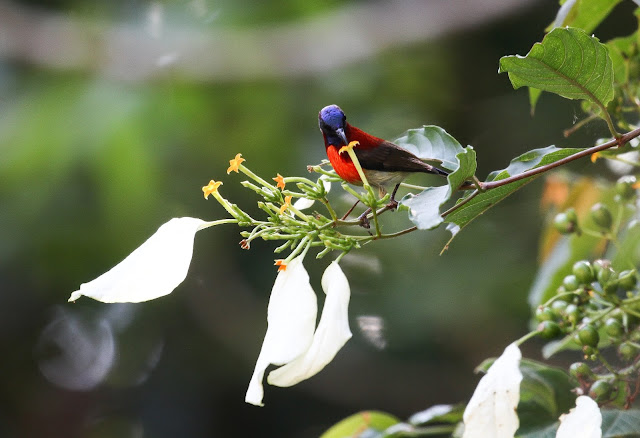 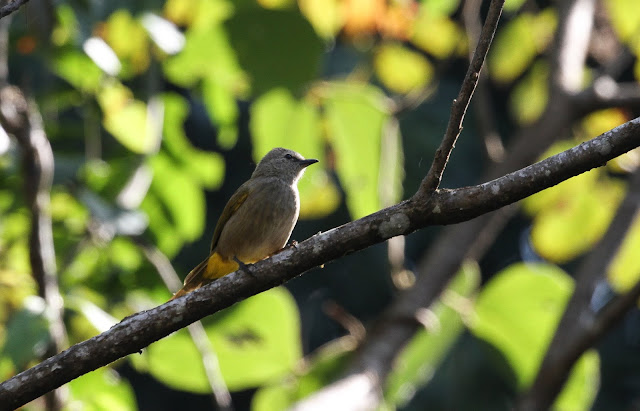 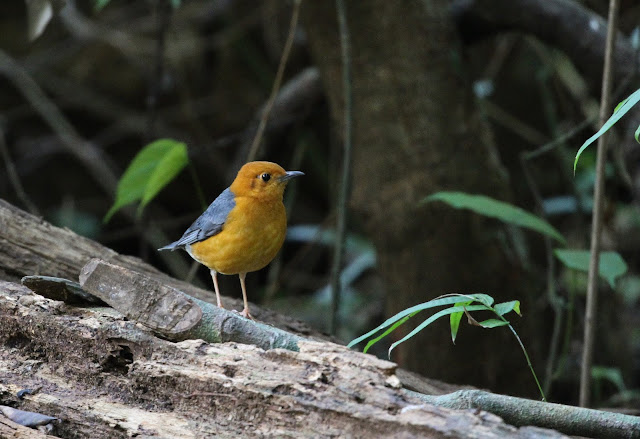 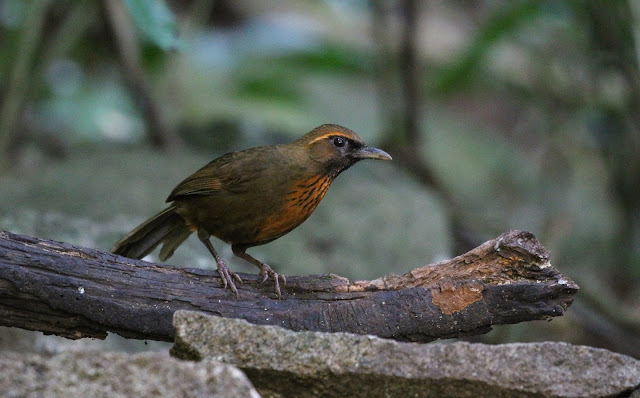 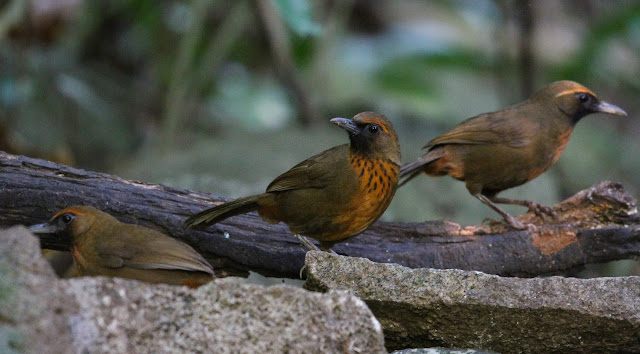 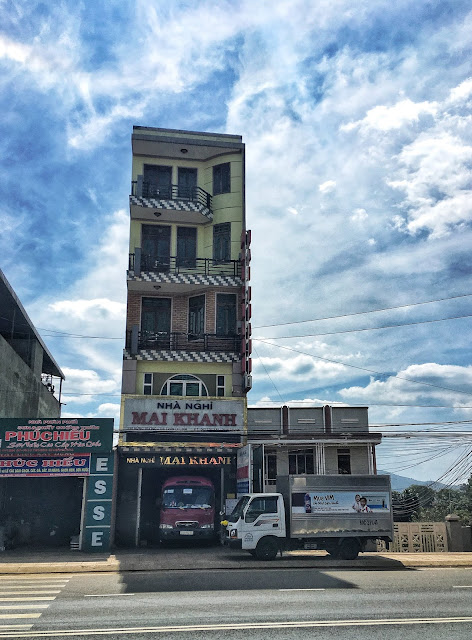 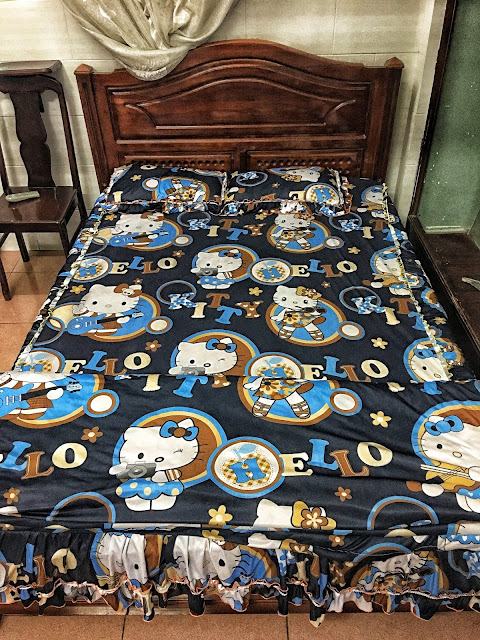