It was with great anticipation that we headed back to Ta Nung Valley this morning. Not least for those who had decided to sit it out yesterday - it didn't disappoint!

On the short drive there were several Vietnamese Greenfinches and a Spotted Dove on roadside wires and we soon pulled into the blissfully quiet entrance to Ta Nung. Just down from the carpark a Burmese Shrike was showing well on some wires and several Mountain Imperial Pigeons were making their morning flights. Pretty soon a Red-vented Barbet popped up into a tree and in pines we also scored with White-bellied Epornis, Green-backed Tit and Black-winged Cuckooshrike. Yesterday's Annam Sunbirds were around their usual bottlebrush tree whilst several White-rumped Munias were still present together with a pair of Hill Prinias and a showy Black-headed Sibia. A Blue Whistling Thrush was then picked up at the bottom of a slopes and a Large Niltava posed on top of a thatched roof in the same area.

Down at the stream area the pair of Slaty-backed Forktails were still on their territory and nearby we had Little Pied Flycatcher, Verditer Flycatcher and Grey Wagtail coming to drink at a small pool plus 2 Rufous-backed Sibia and Grey-headed Canary-flycatcher.

On the walk back up the track a lovely male Mugimaki Flycatcher and another Large Niltava showed well before we dropped down slightly onto a flat grassy area that turned out to be the overflow carpark. It was here that things got very interesting as Minh picked up the call of Grey-crowned Crocias. About 10 minutes later it decided to show itself, what a moment! The species was only discovered in 1939 and then went 'missing' until 1995. Even now it is only known from handful of sites and has the honour of being on the Birding Vietnam logo! Things continued in a similar vein with the excitement of c4 Black-headed Parrotbills and a Red-billed Scimitar-babbler within minutes of each other. Up above the track we then had 2 Blue-bearded Bee-eaters. 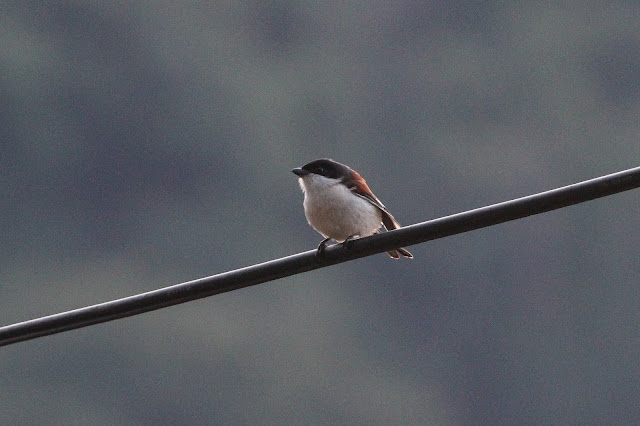 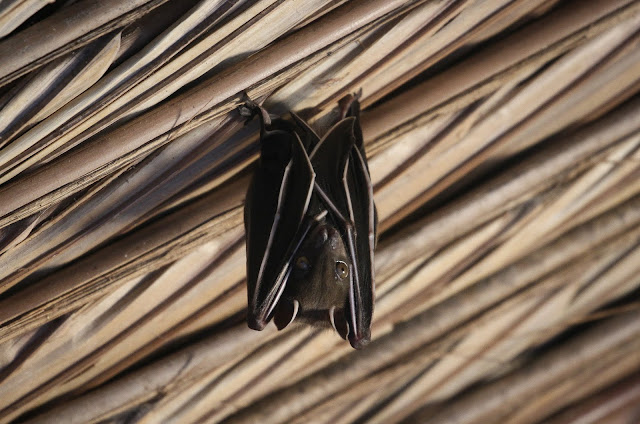 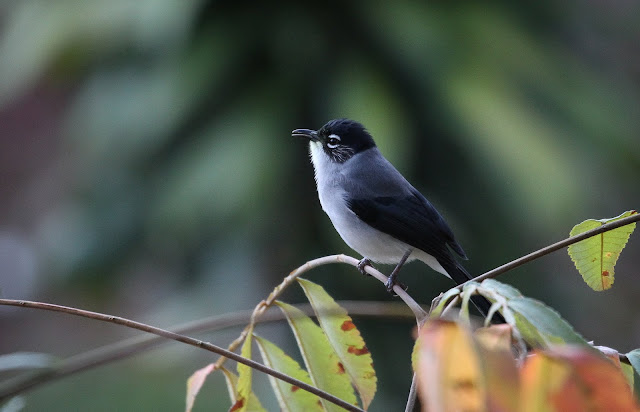 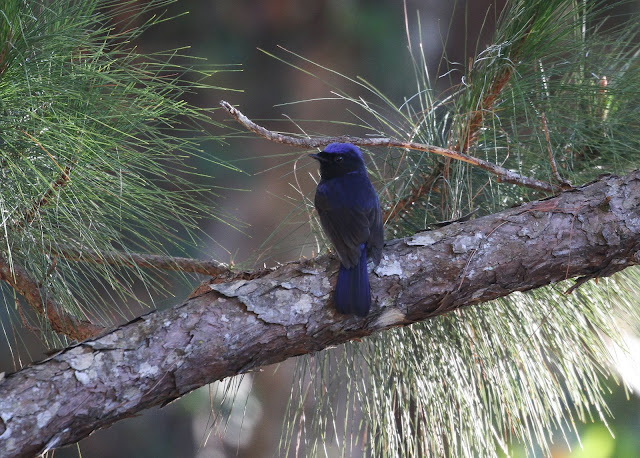 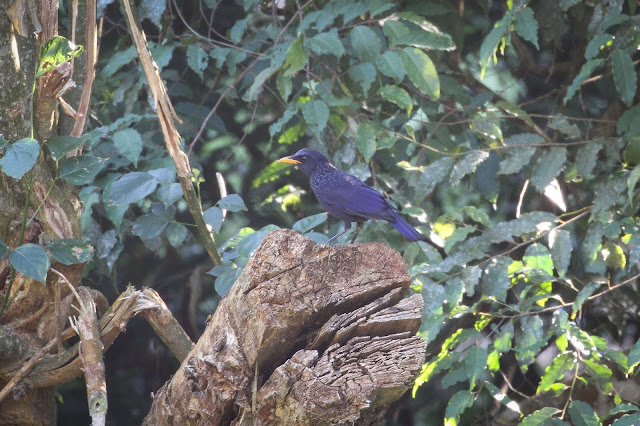 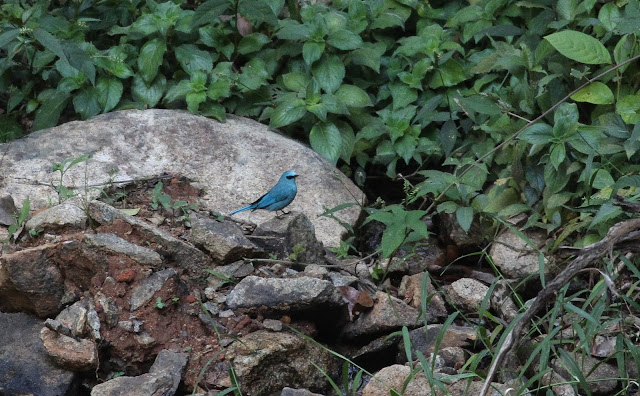 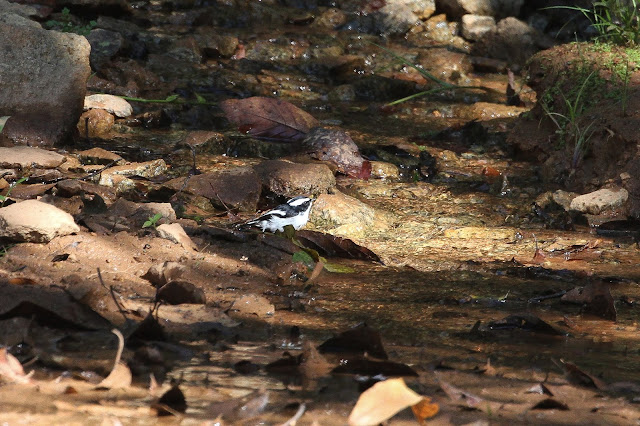 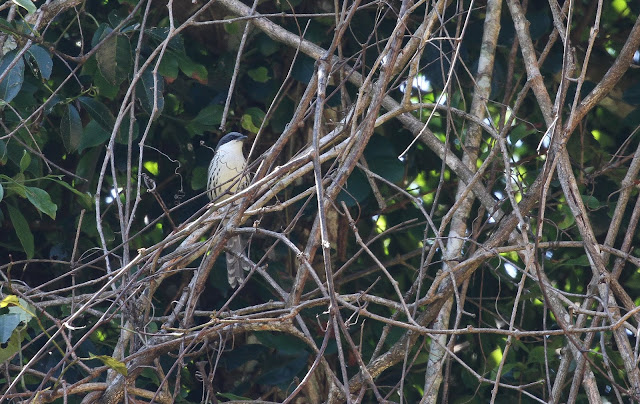 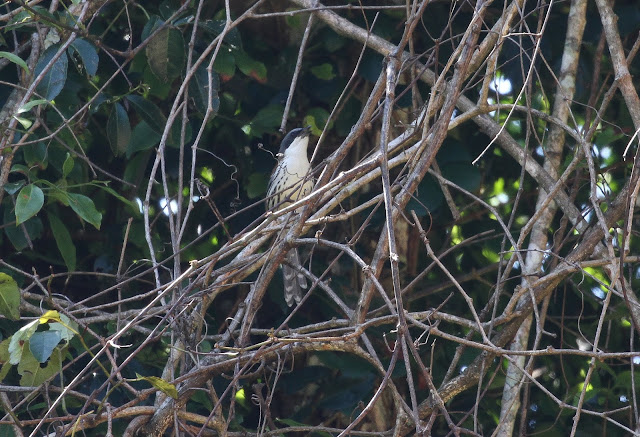 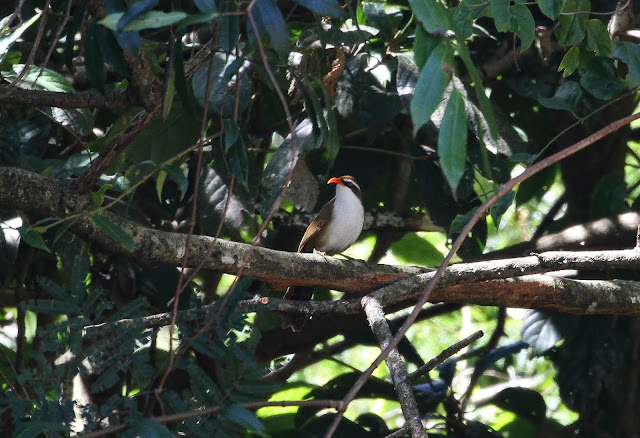 The afternoon session was never going to live up to the morning, especially as it was back at the Secret Garden area to the west of Tuyen Lame Lake. It did have it's highlights though. A White-throated Fantail showed nicely first up with 2 Grey-crowned Tits and a White-tailed Leaf-warbler close by. Then, a venture deep into the woods and a great deal of patience eventually got us some views of 2 Indochinese Green Magpies that had been calling tantalisingly for ages! A typically elusive group of c6 White-cheeked Laughingthrushes rounded things off. 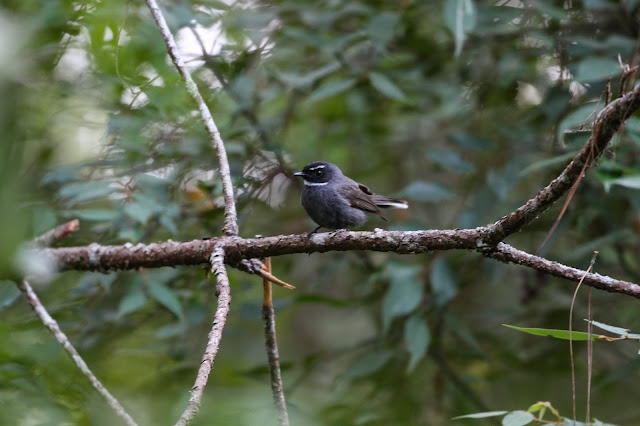 White-throated Fantail
Posted by Chris at 19:39