We have just got back from a 4 week visit to South Africa and slowly going through all the photos from a really amazing trip.

As ever the trip was long in the planning but, without going into too much detail about that  here are some details that may prove useful if you are considering a trip.

Flights - we found the cheapest (but not quickest!) way to get to Cape Town was with Emirates from Gatwick via Dubai. Booked via eBookers.com we got return flights for 569GBP each. We also had internal flights (Port Elizabeth to Nelspruit via Jo'burg and Nelspruit back to Cape Town via Jo'burg). These were booked via Domestic Flights South Africa. In reality with different operators for each leg of the 2 journeys and the necessity to collect and re-check in bags at Jo'burg each time this was a stressful nightmare with much running involved!

Car hire and driving - 2 cars were hired. One being picked up at Cape Town airport and being dropped off at Port Elizabeth airport and the other from Nelspruit airport and dropping off at the same location. We used different companies for each (Tempest and Europcar) but got virtually identical Renault hatchbacks at each, one silver the other red. This model had a good high ground clearance which was ideal for dirt road driving. I would seriously recommend avoiding Tempest - see my blog post on 1 Dec 2018 for details! Driving was generally very easy with good tar roads throughout, especially in the Western Cape and along the Garden Route. Dirt roads were variable but all easily negotiable in our 2-wheel drive car (except the wet and sandy sections of the Darling Hills Road on the Darling Wildflower route which needed some 'potitive' driving to get through!) The roads in Kruger were again easily driveable with only the 'corrugated' sections of some dirts roads being a bit uncomfortable. The speed limits everywhere are strictly adherred to and in Kruger they are just 50kmh on tar roads and 40kmh on dirts roads. The main area where we had to drive large distances on dirt roads was on the Tankwa Karoo part of the trip and being early in the trip before we'd got used to everything this was quite taxing. Despite hundreds of kilometers on dirt roads we experienced not a single puncture! Petrol is under 1GBP per litre and even the rest camps in Kruger all have petrol stations.

Accommodation - with the exception of Kruger and the Tankwa Karoo all our accommodation was booked on booking.com. All went smoothly with everywhere having our bookings. Obviously we liked some places we stayed better than others but we had no complaints about any. The 2 stand-out places we stayed were A Boat House in Simon's Town and the Bramasole Guesthouse in Magoebaskloof which were both exceptional. Accommodation within the Kruger and Tankwa Karoo NPs can only be booked through the SAN Parks website. The accommodation was variable with the general rule being you get what you pay for! All are in thatched traditional style huts, some with kitchen facilities some not.  We stayed at the following rest camps in Kruger - Pretoriouskop, Ber-en-dal, Skukuza, Lower Sabie, Satara and Olifants. 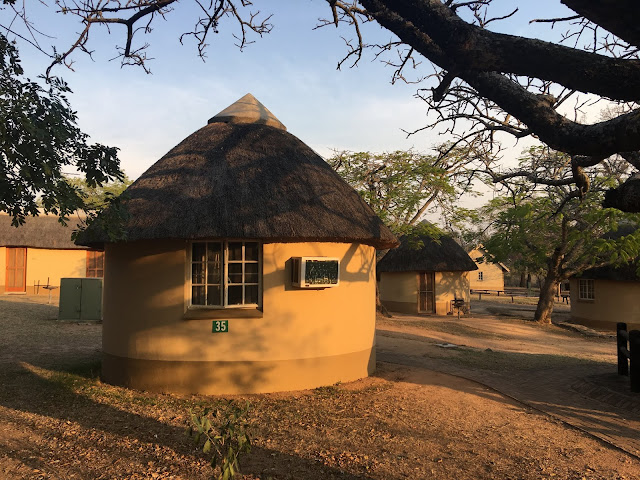 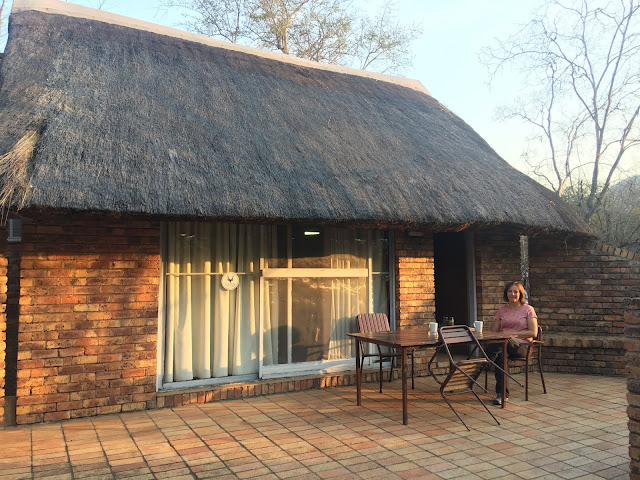 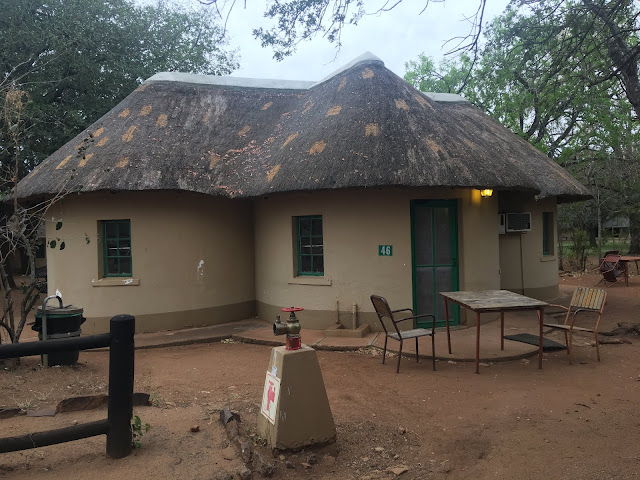 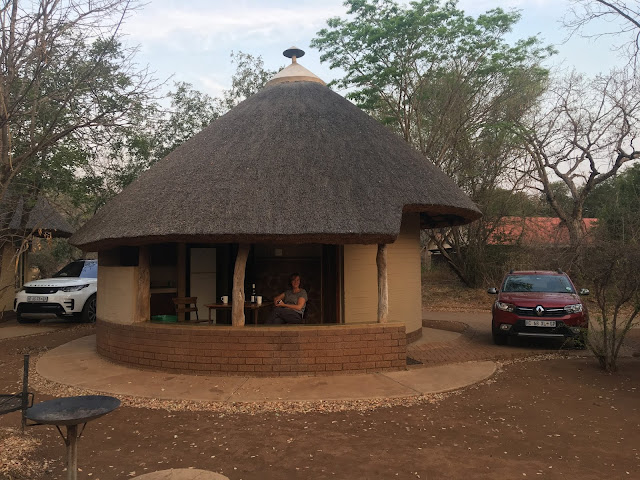 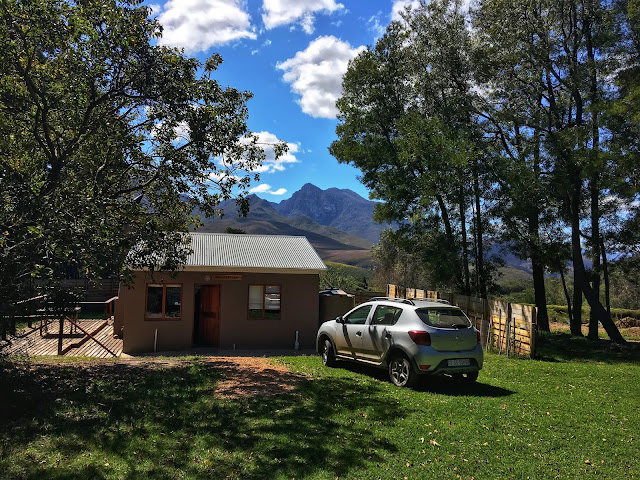 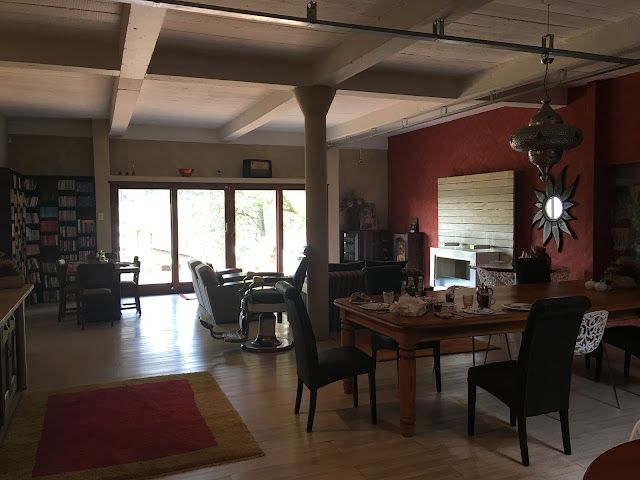 Catering - we ate out sometimes, ate in sometimes and even got in to the South African braai (BBQ) culture! In all the Kruger rest camps there is a restaurant and shop meaning you can easily eat our or self-cater with little planning. All you need to remember is to get your firewood if braaing! The cost of eating out is between 50 and 75% of what you'd pay in the UK with wine and steaks being particularly cheap and good.

Itinerary - basically we had 2 weeks in the Western Cape followed by 2 weeks in Kruger and the Blyde River Canyon area.
From Cape Town we headed to Paarl, the Tankwa Karoo NP, the West Coast NP, back to Cape Town, the Cape Peninsular then to Betty's Bay, Grootsvadersbosch and along the Garden Route to Port Elizabeth.
From Nelspruit we drove in to Kruger, worked our way from the south up to Olifants which was the northernmost camp we stayed in. Then we drove west out of the park to Magoebaskloof and then back to Nelspruit via the Blyde River Canyon/Graskop area.

Safety - we'd that safety can be an issue when visting SA but we had no problems and didn't once feel uneasy. When we visited the Paarl Bird Sanctuary on Day 1 we had to have a member of their staff with a walkie talkie accompany us in the car because the place has become dodgy with problems of locals from the adjacent township targeting visitors with optics. At the time we thought this was the way things might be but nothing transpired and even at the Strandfontein Sewage Works on the Cape Flats (a township area) we encountered no problems at all. We had planned entering Kruger through the Numbi gate but after advice that is can be dodgy due to a large black settlement that has sprung up outside the gate we drove the short distance north to the Phabeni gate which was a nice peaceful and relaxed way of entering the park.

Birding - this will be detailed in the trip report that follows but was generally reasonably easy except on the forests of the Garden Route at Wilderness NP and Natures Valley where it was hard and not very productive. We heard that the low rainfall over the last couple of years has affected the birds here a lot.

Animals - we saw loads, far more than I ever thought we would. Not just in terms of species but also in volumes both in Kruger and in the Western Cape. We also visited in Whale season!

Cape Town Pelagics - one of the highlights of the trip for me was the pelagic into the southern oceans I did with these guys. It really isn't one to be missed although it can get cancelled if the weather is bad. The skipper and guide (Cliff Dorse) we had were both excellent.

Wildcard - if you're planning on spending more than about 7 days in national parks then the purchase of one of these from the SAN Parks website is cost effective rather than paying the daily fees.