We moved south to the Cape Town area today but before we did we had some more stuff to do on the west coast.
In the town a brief stop by the harbour to scan the offshore islet for Bank Cormorant was successful if less than spectacular.
I was keen to call in at Yzerfontein Gypsum Works on the way out of town for a much wanted wader. The workers there freely granted us access and despite the large expanse of water and mud I was able to locate 2 Chestnut-banded Plovers surprisingly quickly on my first scan. 3 Kittlitz's Plovers, 4 Black-winged Stilts and a few Greater Flamingoes was about it so we didn't hang about too long. 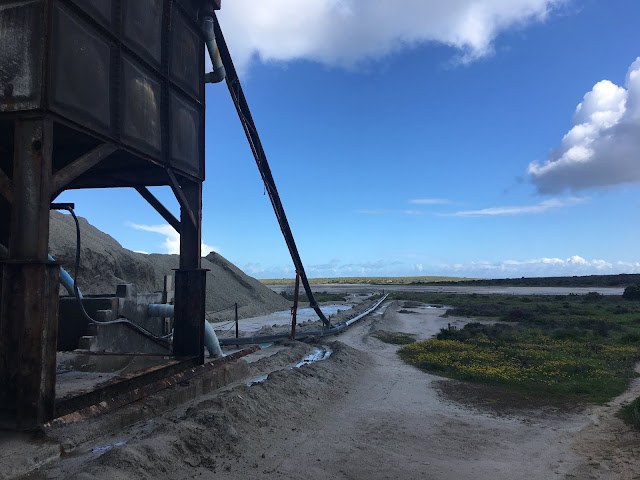 The main aim of the day was to explore the Darling Wildflower route which forms a loop off the main coastal highway with the town of Darling about halfway round. The Tinie Versfeld Wildflower Reserve is right beside the road at the northern end of the loop and what looks like a normal field most of the year is transformed in September into an amazing spectacle of flowers. The bird was good too with several Cloud Cisticola, Cape Clapper Lark, 2 Yellow Bishop, Cape Longclaw, Cape Teal, 2 Red-billed Teal, 3 Spur-winged Geese, Red-knobbed Coot, Black-winged Stilt, Greenshank and 2 White-throated Swallows. 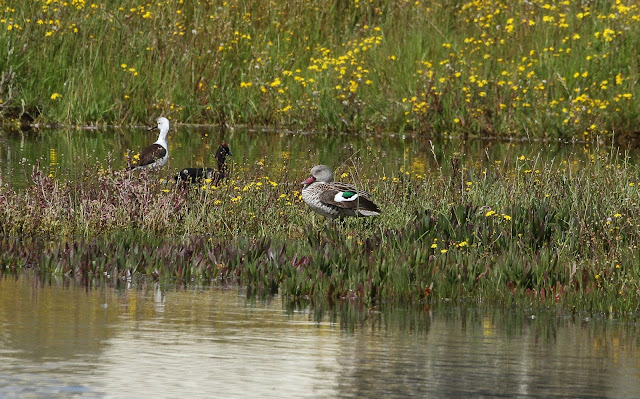 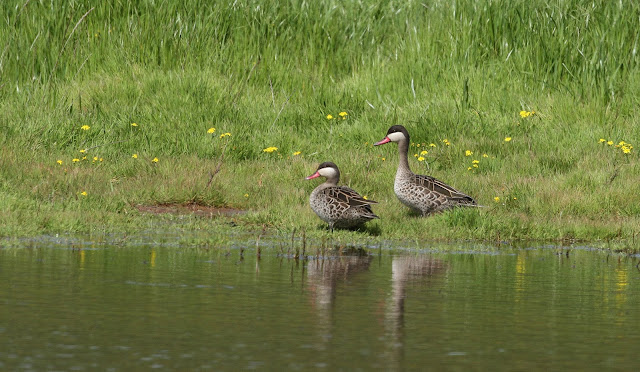 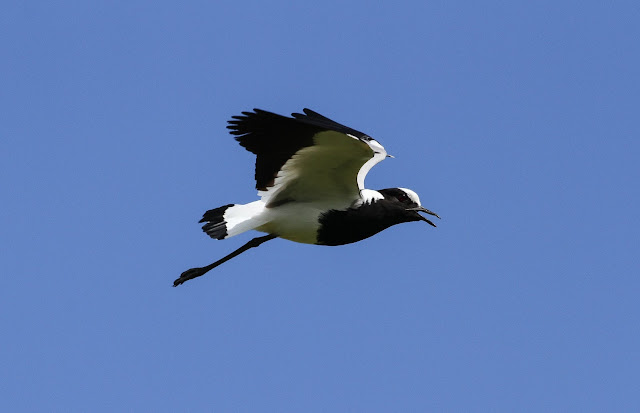 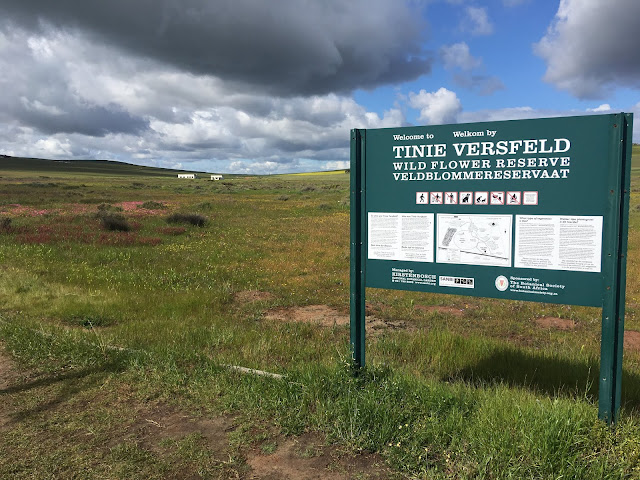 The last section of the route is along the Darling Hills Road that leads back to the main highway. This dirt road was challenging to drive to say the least with numerous soft, sandy and flooded sections to negotiate. 2 pair of showy White-throated Swallows by a bridge, African Hoopoe, Southern Masked Weavers, Malachite Sunbird, 2 African Stonechats, several Capped Wheatears and Cape Starling were our rewards followed by a pair of Common Duiker and a tortoise sp near the main road. 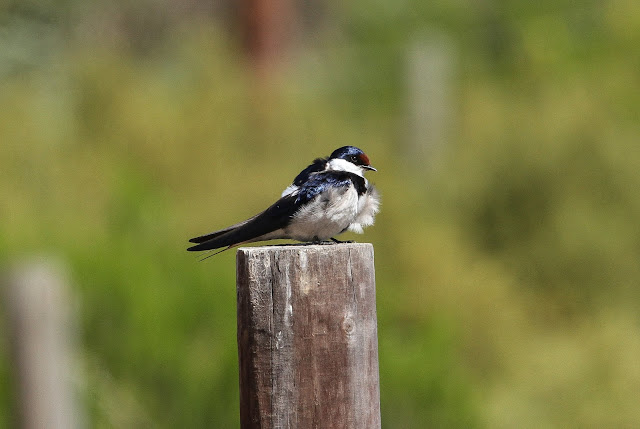 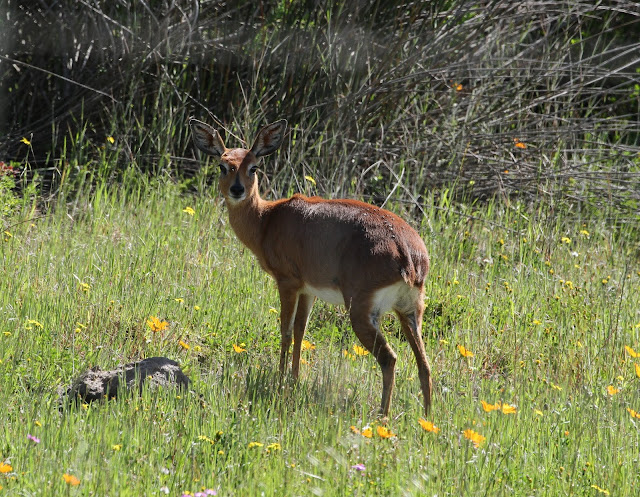 We then hit the road south with our destination being Simon's Town on the Cape Peninsular for a 3 night stay. En-route we had 2 Black-shouldered Kites, Barn Swallows and Grey Heron but little else as we fought our way through the Cape Town traffic. We checked in to the absolutely fantastic 'A Boat House' in Simon's Town and after a quick wallow in the luxury drove down to the beach in town to fill our boots with arms-length views of loads of African Penguins! 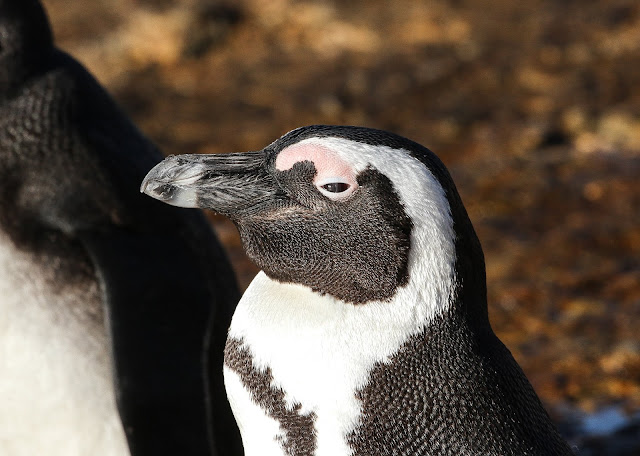 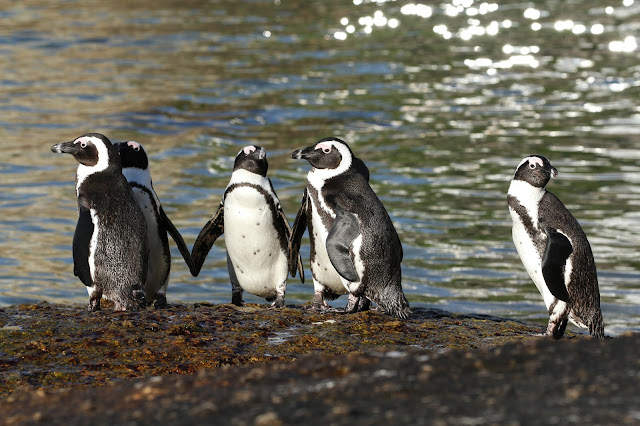 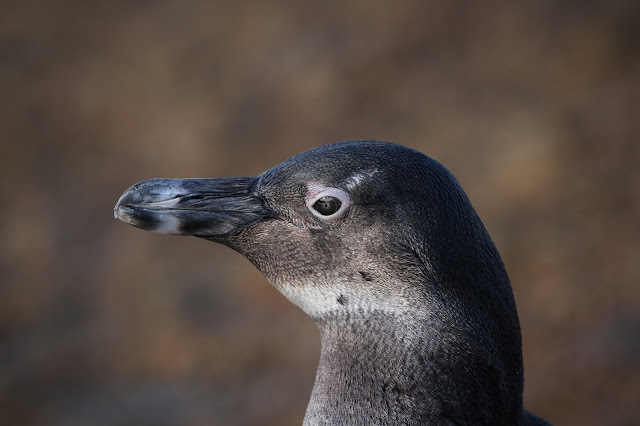 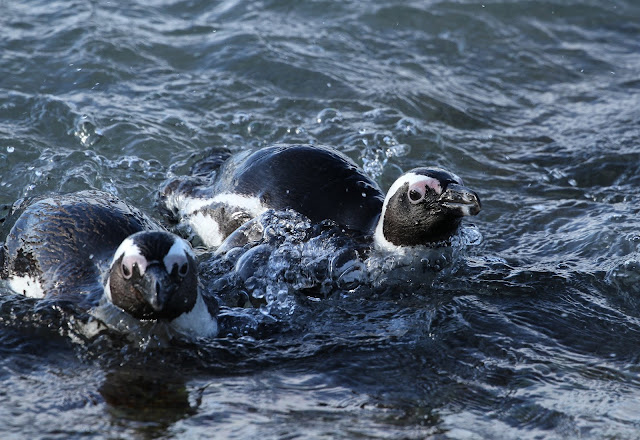 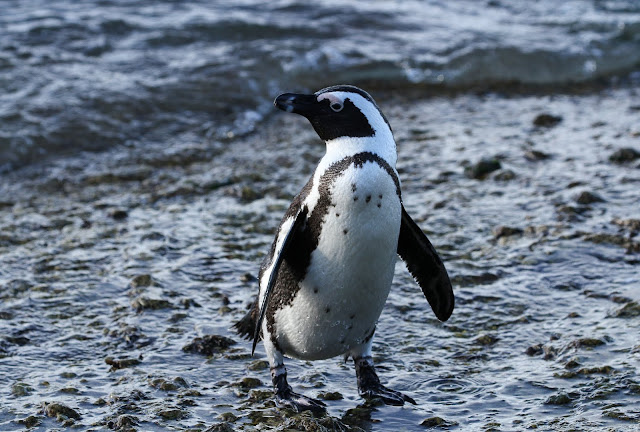 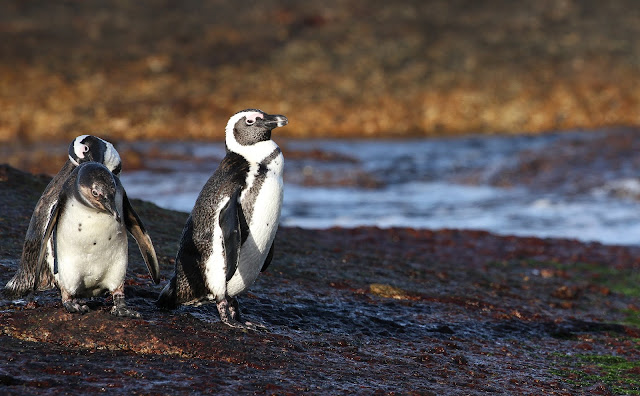