We were staying only a couple of hundfed yards from one of the entrance gates to Kirstenbosch Botanical Gardens which made for a relaxing stroll after breakfast. Indeed we spent all morning in the beautiful gardens. The protea section had numerous nectar feeders including Orange-breasted Sunbirds, Southern Double-collared Sunbirds, Cape White-eyes and Cape Sugarbirds plus Forest Canary, Cape Canary, Cape Robin-chat, Olive Thrush and also Helmeted Guineafowl, Cape Spurfowl and Hadada Ibis strolling around on the lawns.
We then walked into the wilder sections above the gardens and I was delighted to locate 2 Sombre Greenbuls, Bar-throated Apalis, 3 Cape Batis, 2 Speckled Mousebird, 2 African Dusky Flycatchers and a circling African Goshawk. Back in the gardens, after much searching I eventually located a skulking Lemon Dove in the area near the canopy walkway. 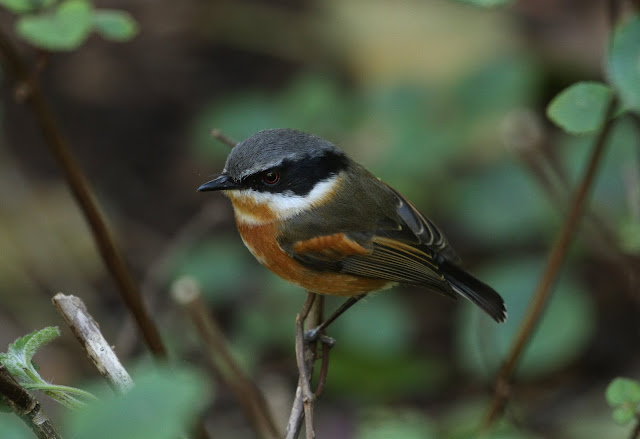 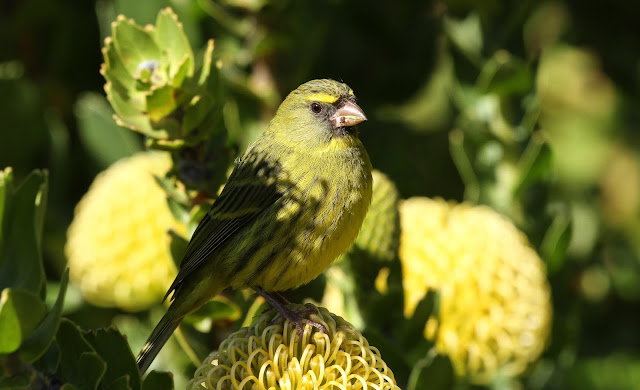 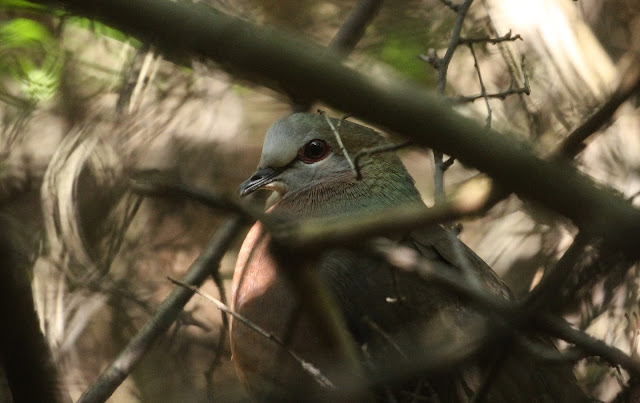 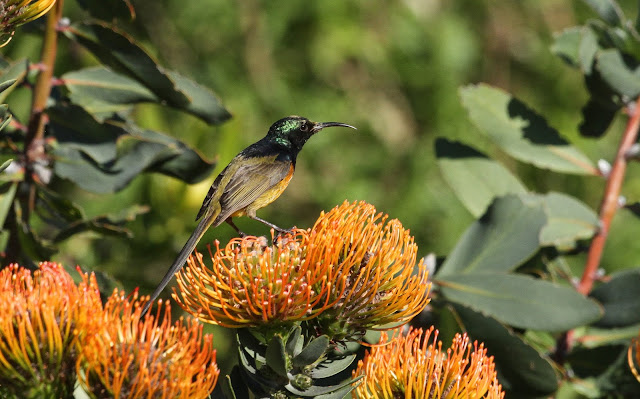 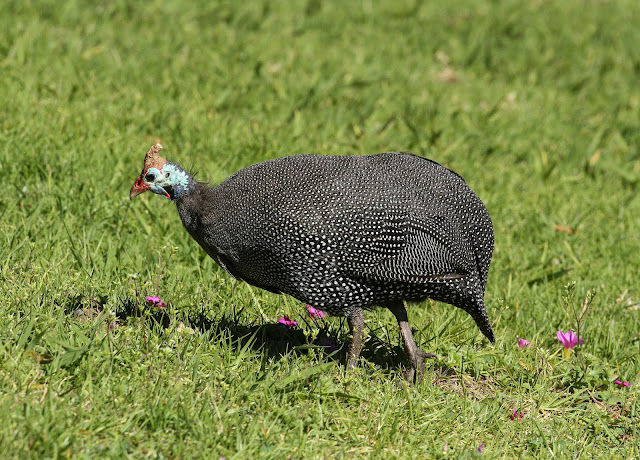 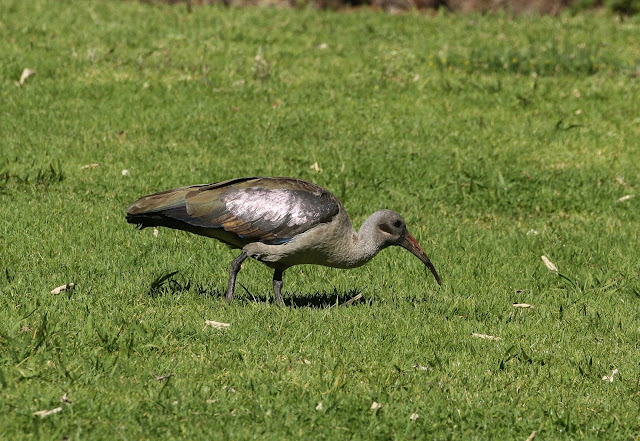 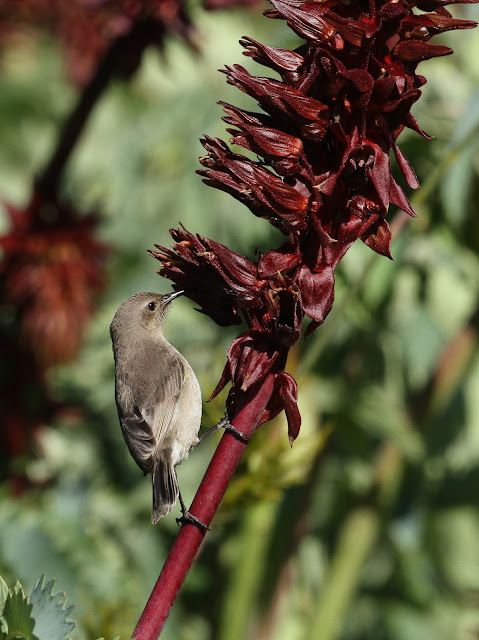 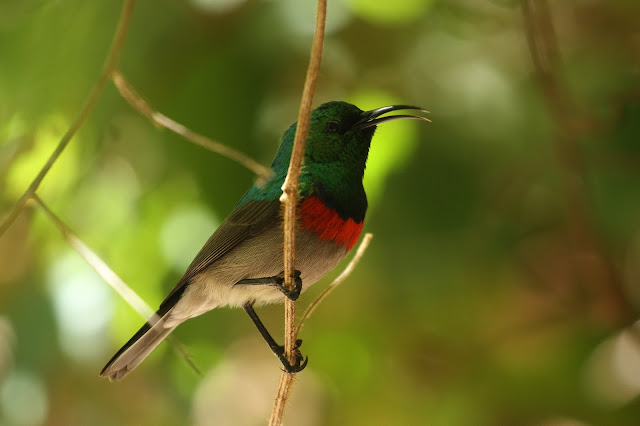 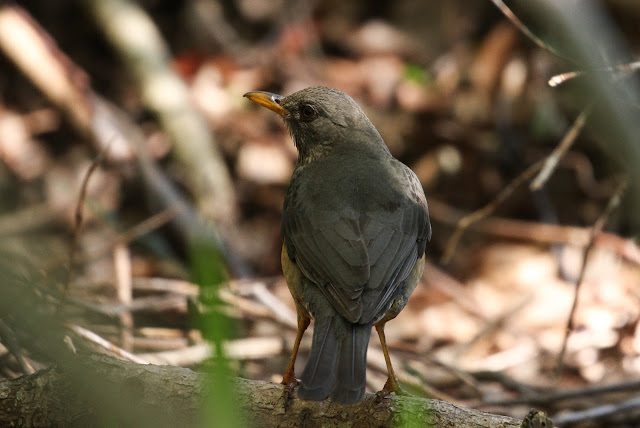 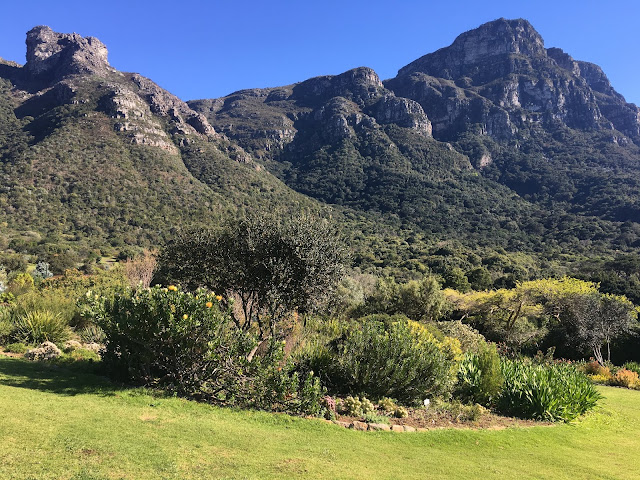 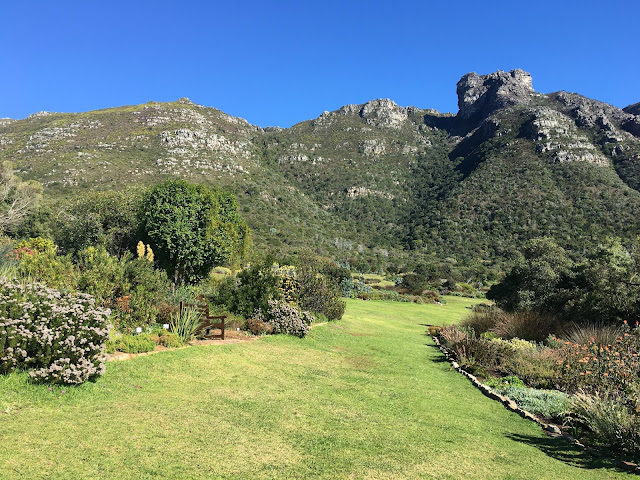 After leaving the gardens we jumped in the car back at the guesthouse and headed off into Cape Town for a touristy afternoon around the Victoria Waterfront followed by a boat trip and tour around the infamous Robben Island, the prison home of Nelson Mandela for 18 years. The boat ride and coach tour around the island are best forgotten (except 1 Common Tern from the boat) but the walking tour of the prison itself by a former prisoner was very interesting. Birdwise I scooped with the main target on the island - the introduced Chukar as a pair fed on one of the lawns. Apart from thousands of nesting African Sacred Ibis and Hartlaub's Gulls I also saw a few African Penguins, Cape Spurfowl, Cape, Crowned and Bank Cormorants, African Black Oystercatchers, Kelp Gulls and 2 Swift Terns. 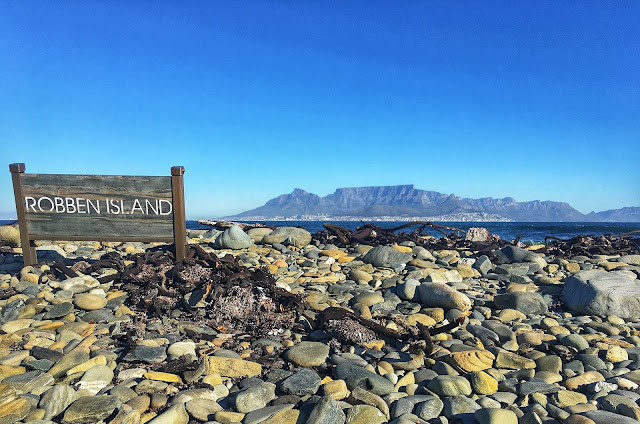