We had set aside today for an exploration of the Cape Peninsular down to the Cape of Good Hope.

Following advice from the helpful owner of our guesthouse we headed to the quiet corner on the west side called Oliphantsbos. Here we did a long walk south along the beach as far as a rusty shipwreck and back. I was delayed near the small carpark by one of my main targets here - Cape Siskin plus Cape Canaries, Common Waxbills and Bokmakerie while on the beach there was a large gathering of Swift Terns and African Sacred Ibis. Further along the beach  a couple of Peregrines, White-necked Ravens and Rock Martins were around the cliffs and 3 White-fronted Plovers (including one almost white bird) were on the beach. I also located a showy Cape Grassbird and a couple of Southern Double-collared Sunbirds. 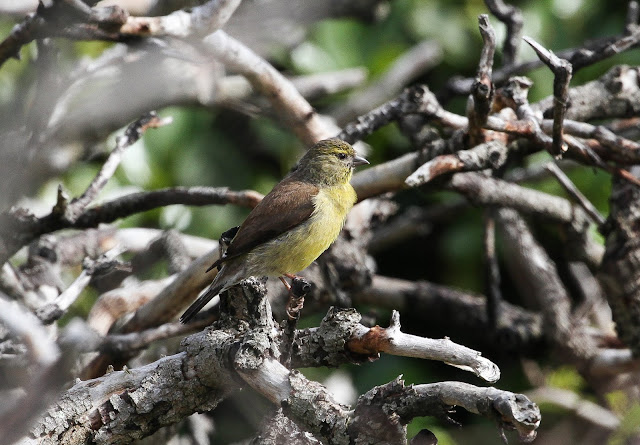 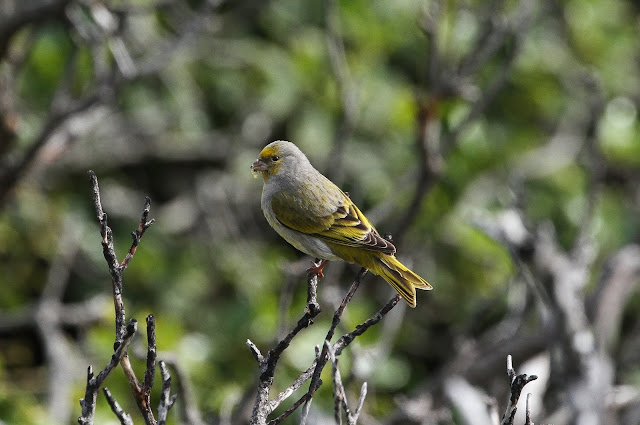 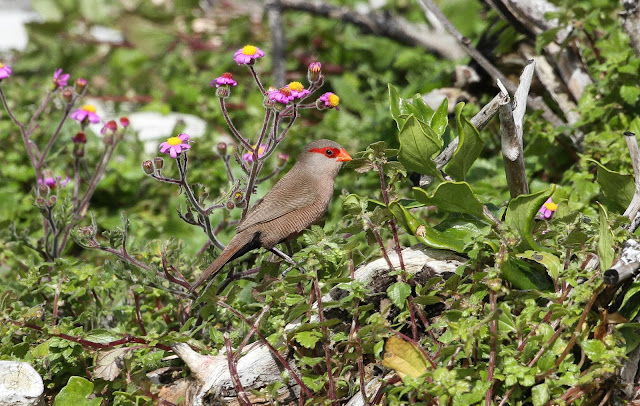 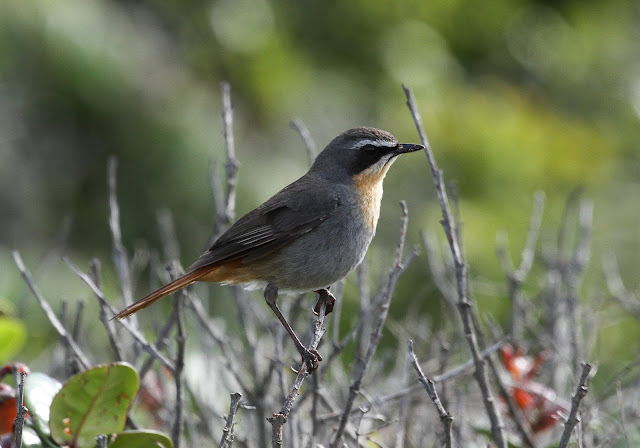 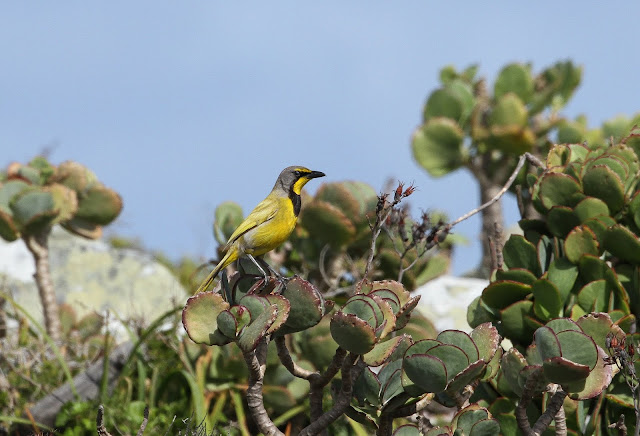 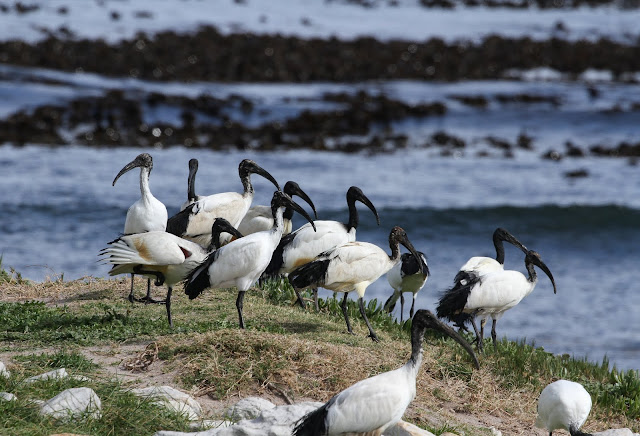 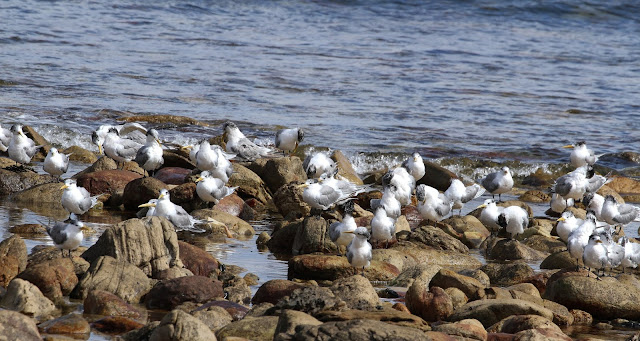 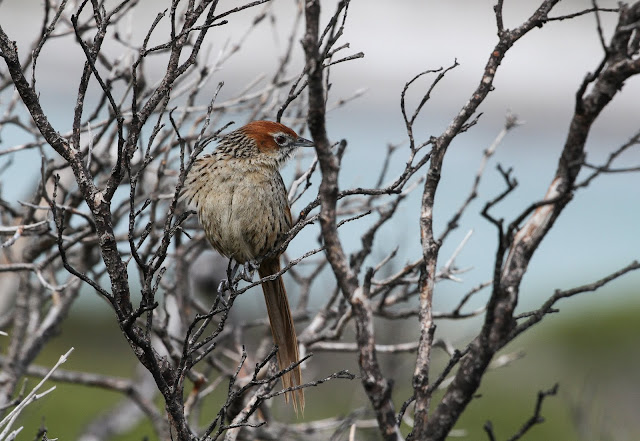 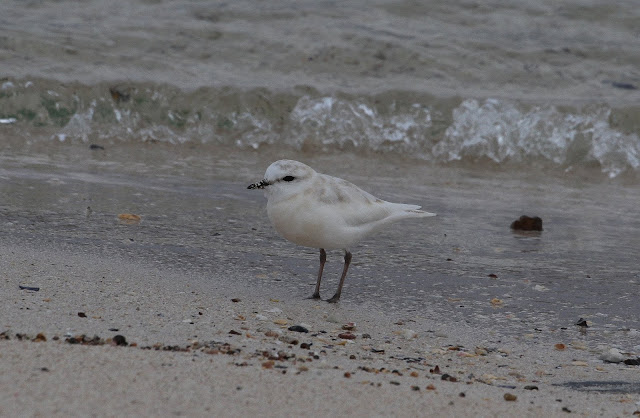 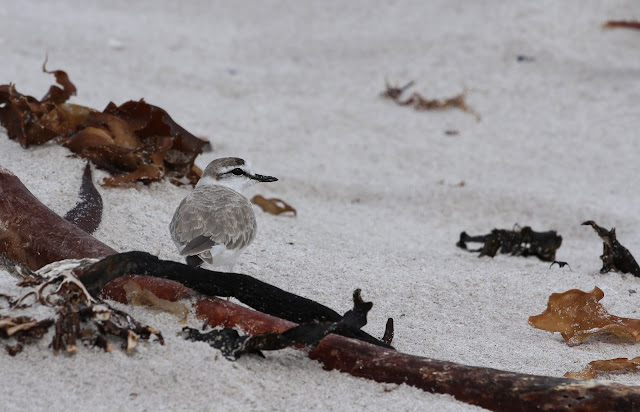 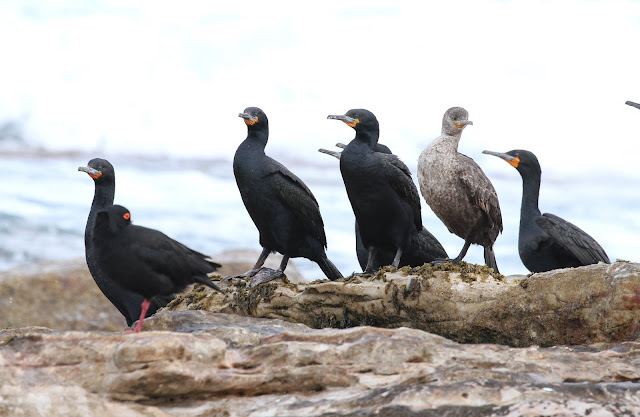 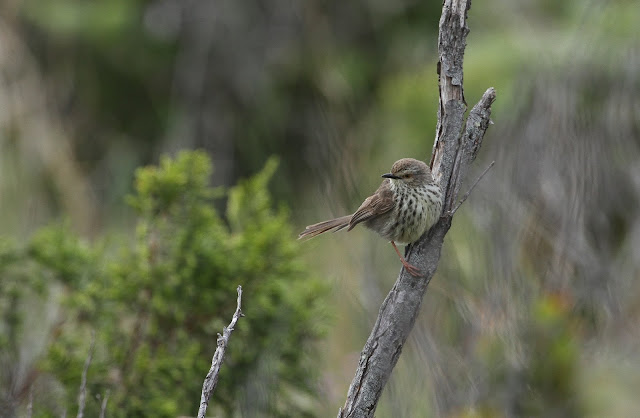 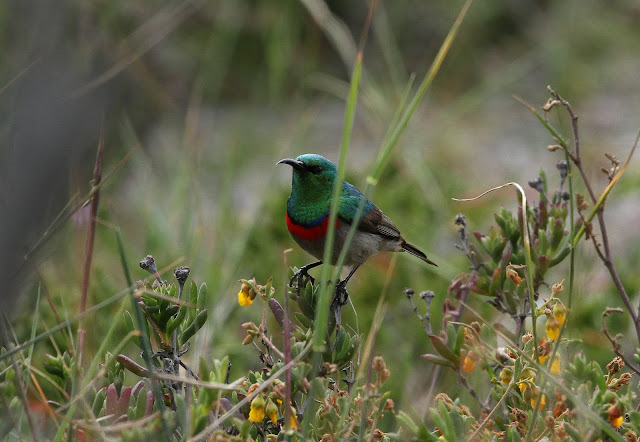 We then re-located to the Cape Point/Cape of Good Hope area and were rather dismayed to find it rammed with tourists (really not our thing!)  Nevertheless we did see a couple of nice Humpback Whales, Small Grey Mongoose, Chacma Baboons, Cape Gannets, Grey-backed Cisticolas, Cape Buntings and Red-winged Starlings. On the way out of the area I spotted some acgtivity around a large protea bush and lo and behold it was caused by a group of Cape Sugarbirds with a male Malachite Sunbird also joining the party!

For the 2nd night in a row we dined at the Lighthouse Cafe in Simon's Town (which is very highly recommended) while I dreamed of tomorrow which was THE day I'd been most looking forward to. 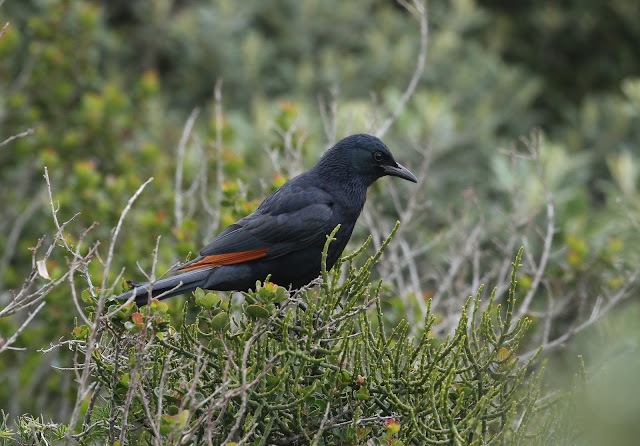 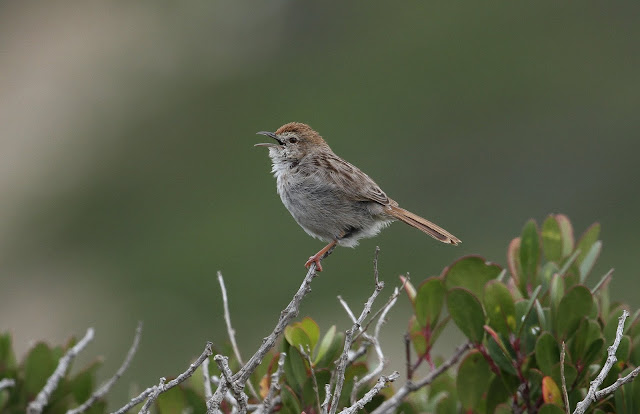 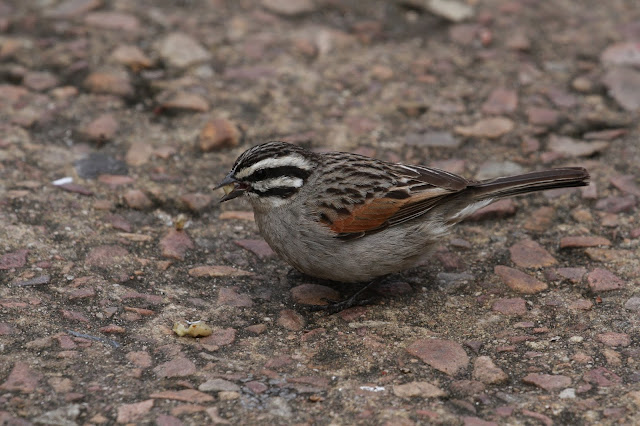 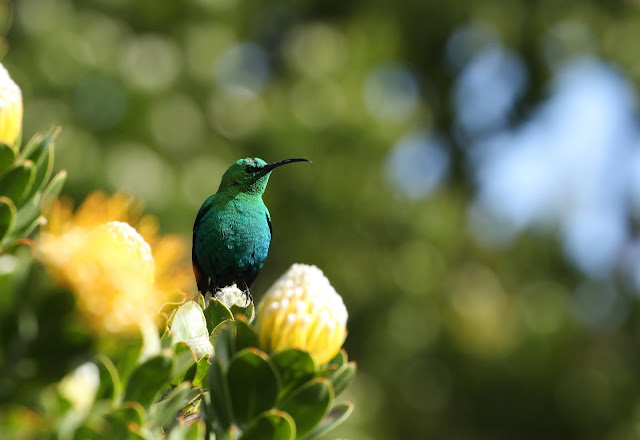 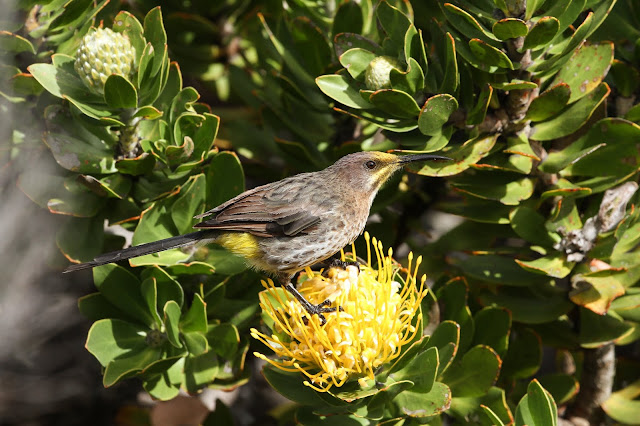 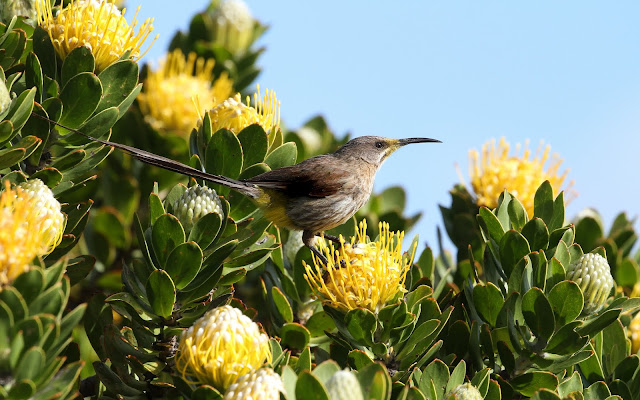 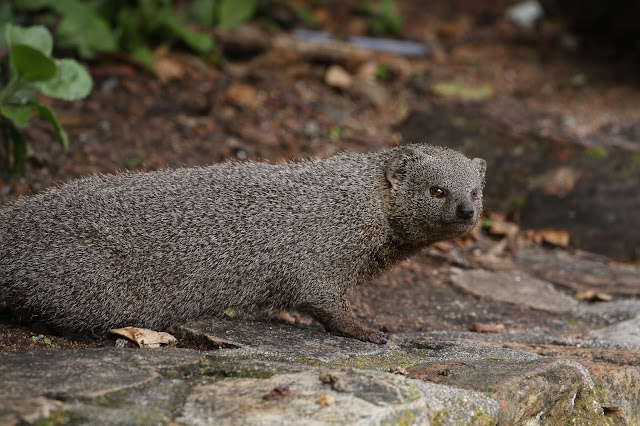 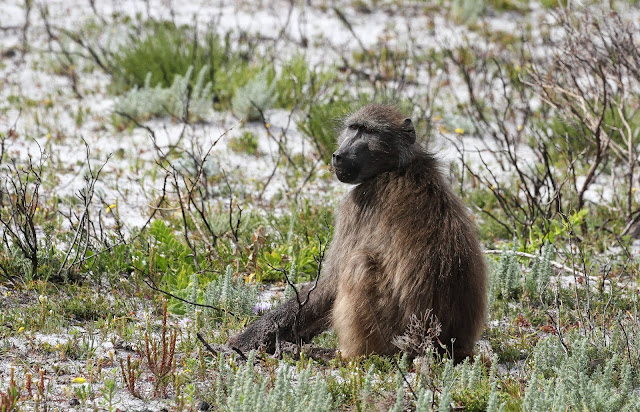 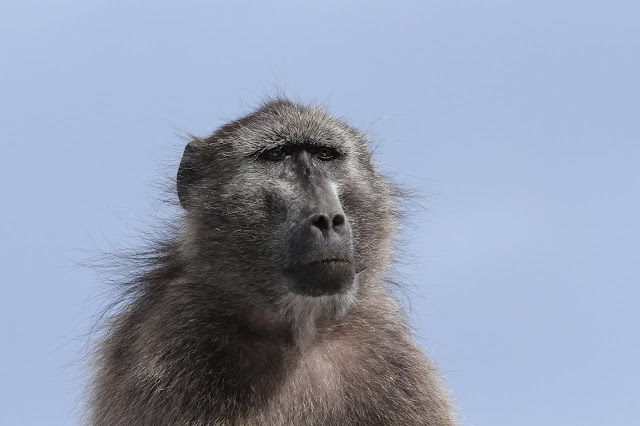 Chacma Baboons
Posted by Chris at 17:11