Today was the day we quite the Cape Town area and headed east.

I arose early and made a dawn visit to Constantia Greenbelts to dip on Knysna Warbler but did manage 2 Lemon Doves and 3 Olive Thrushes before returning for breakfast.

I'd promised Belinda a visit to a sewage works because she loves them so much (!) and it was to be Strandfontein Sewage Works on the Cape Flats just east of Cape Town. I'd been warned that the area is dodgy but signing in at the gate we found the place as safe as houses and easily drove many of the tracks with me getting out to scope the various lagoons and pools. Right on cue before we'd even made our first stop an African Marsh Harrier flew right past the car and I'd soon bagged Yellow-billed Ducks, literally hundreds of Black-necked Grebes scattered all over. My other wanted waterfowl Southern Pochard and Hottentot Teal also fell quite easily plus Maccoa Ducks, Cape Shoveler, African Black Duck and Cape Teal. There were also loads of Greater Flamingoes, Cape Spurfowl, Moorhen and Red-knobbed Coot and a fly-over Black-crowned Night Heron proved to be the only one of the whole trip. 2 Black-headed Herons, Avocets, Black-winged Stilts, Blacksmith Plovers, 1 Greenshank were also seen and the passerines were represented by Common Waxbills and Cape Sparrows. 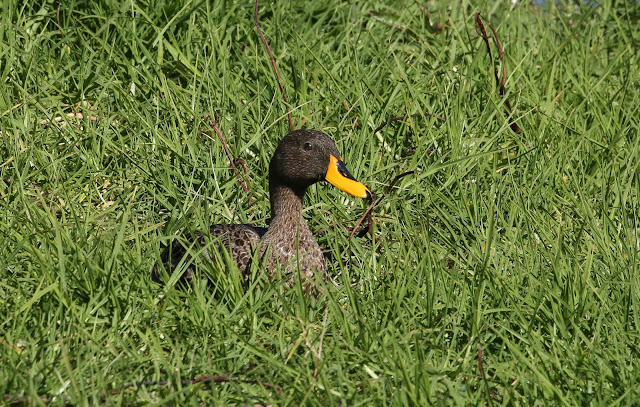 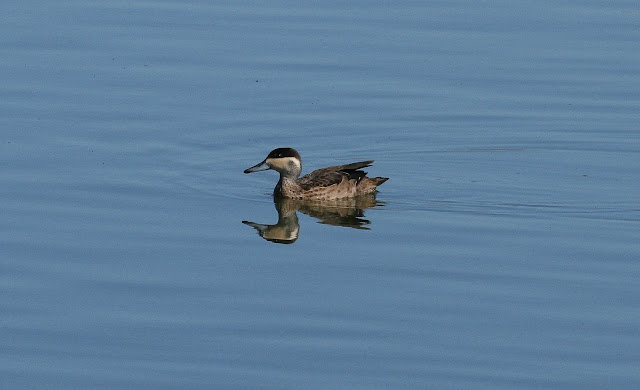 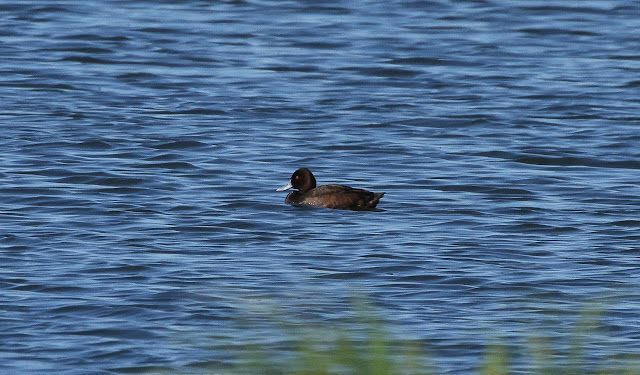 I dragged Belinda away from the site (not!) and we headed east along the coast through seemingly endless township type areas and eventually round the corner to Rooi Els at the west end of Betty's Bay. A short walk along a coastal track here was pure birding gold with a pair of mega Cape Rockjumpers, Cape Rock Thrushes, Orange-breasted Sunbirds, Rock Kestrel, Peregrine, 2 White-rumped Swifts, Rock Martins, several Levaillant's Cisticolas and then a family party of 4 Ground Woodpeckers that allowed close approach! 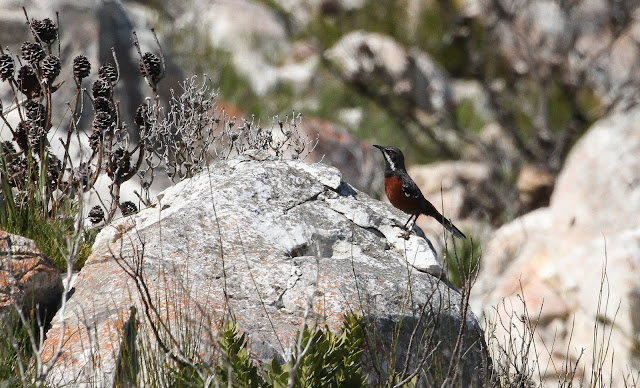 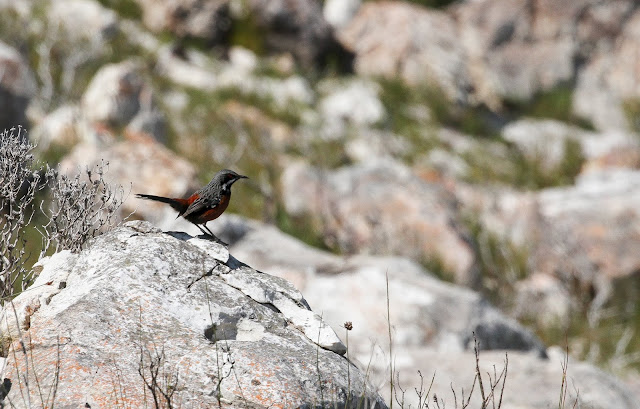 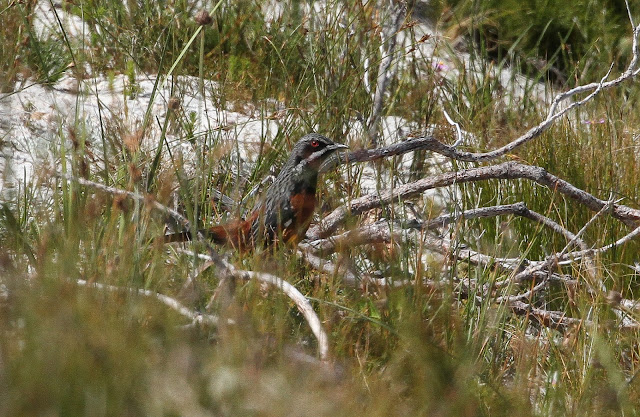 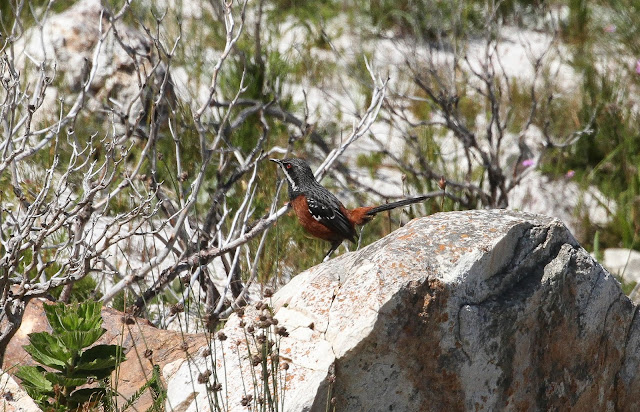 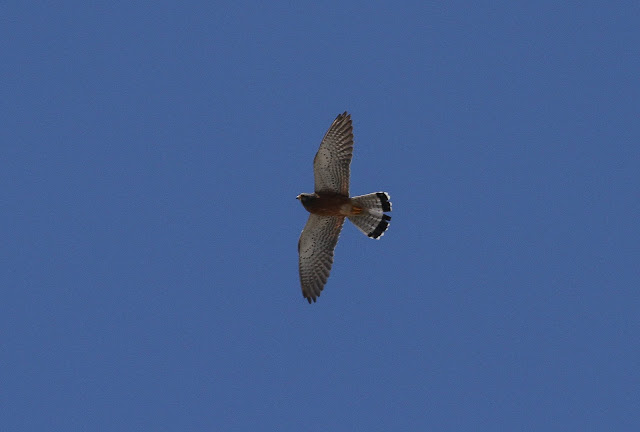 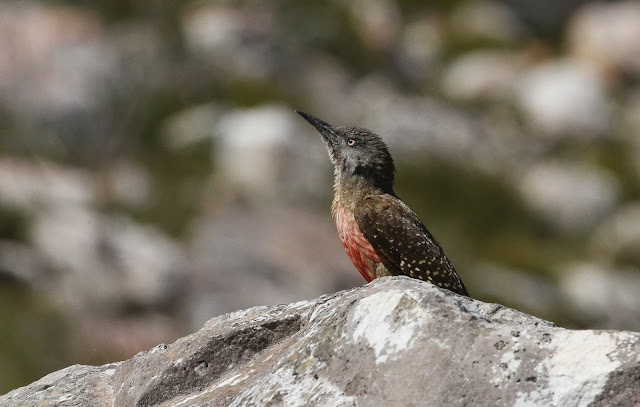 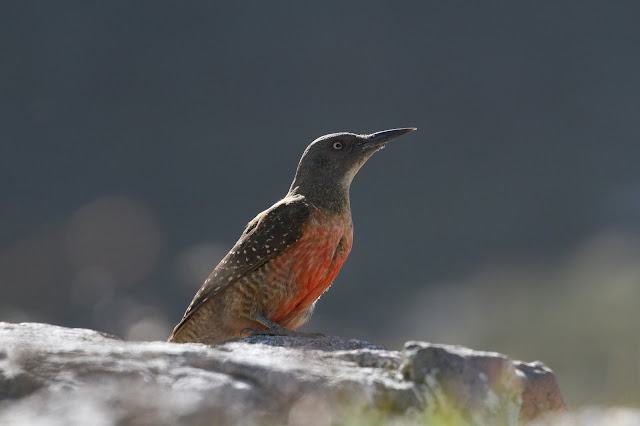 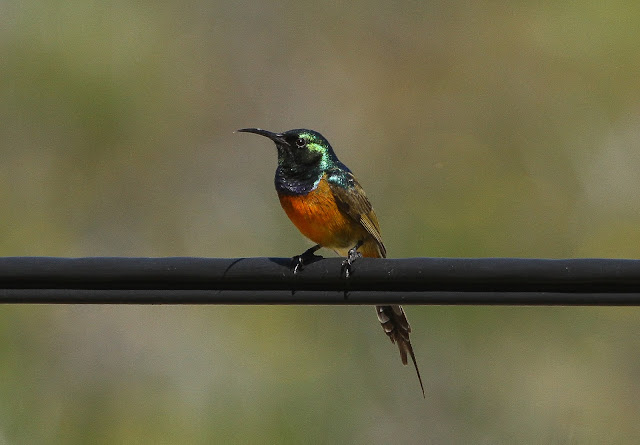 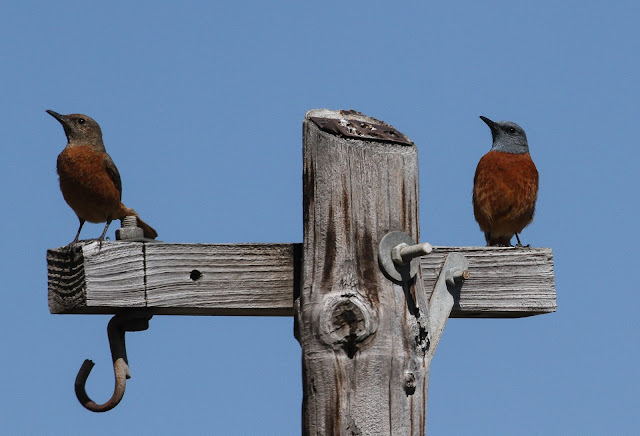 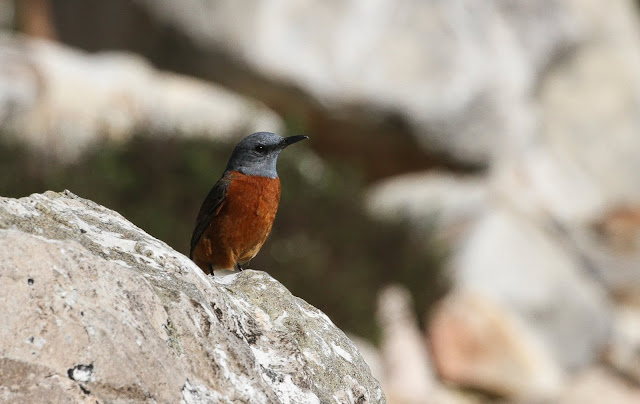 Next stop was Betty's Bay where we eventually found a cafe for lunch before we took a look at the African Penguin colony there. A walk along the rocky shoreline there and to the nearby dunes occupied the rest of the day together with a splendid coffee in the lovely village of Pringle Bay. I could seriously see myself living there! Birds seen included Crowned Cormorants, Cape Cormorants, Little Egret, 2 Speckled Mousebirds, 2 Yellow Bishops and the numerous Cape Bulbuls. After booking in to the Bucaco Sud guesthouse and seawatch revealed some nice views of Southern Right Whales from our balcony - this was the life!

That night we dined in a restaurant in the village where we were the only ones there and the English owner even called us outside to see the International Space Station sail by! 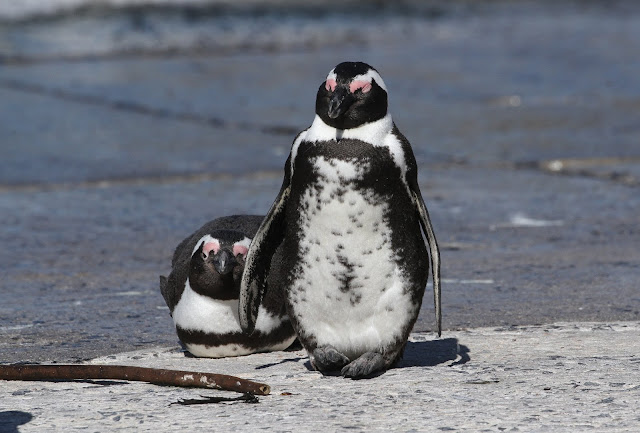 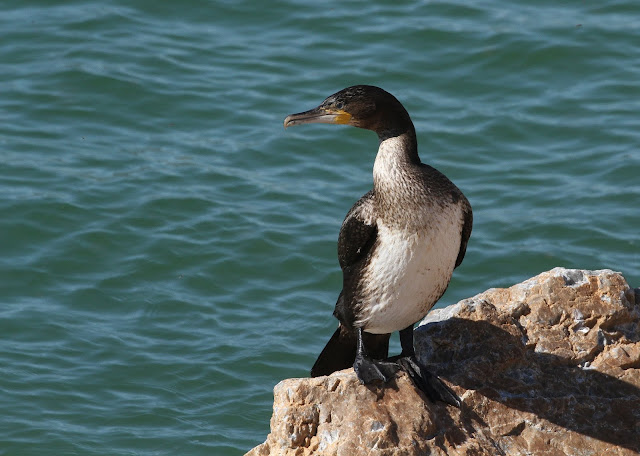 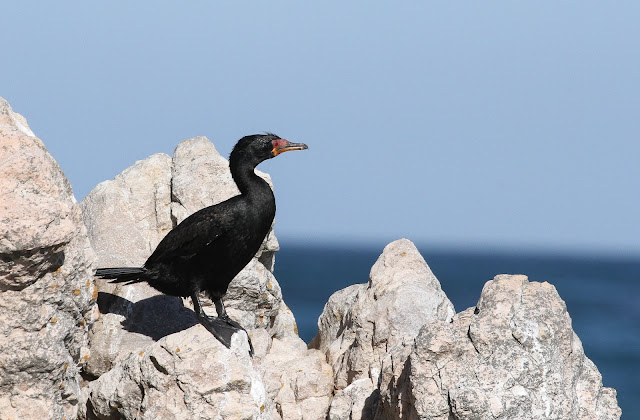 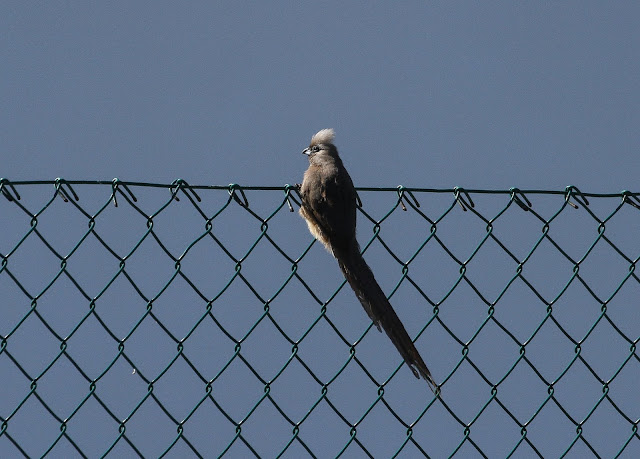 Speckled Mousebird
Posted by Chris at 20:37